The only thing worse than viewing a poorly staged home is being tasked with selling one, as Boston-area realtors will tell you. 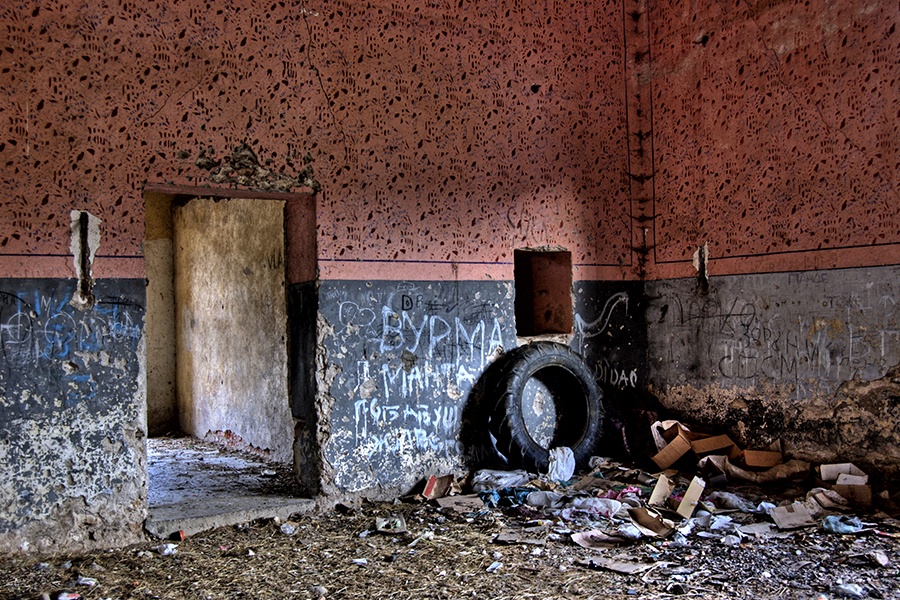 We’re told the only thing that really matters when selling homes is location, location, location. But we’re also told there’s no second chance at a first impression, which means it’s up to realtors to get homes in tip top shape before they’re put up for sale. This is easier said than done. Almost every realtor has a horror story about something they’ve found in a home they’re expected to sell. From an overabundance of wedding photos to a sex dungeon, anyone selling homes has learned delicate ways to approach sellers on the state of their home.

And even if a house doesn’t come with, say, a seller’s collection of macabre antique medical tools, as Fernanda Bourlot, a Boston-based interior designer with Simplement Blanco and a realtor, once found, a little reworking goes a long way, she says.

“I’ve seen things that can completely remodeled and redone so it looks 100 percent different than it was before,” she says.

Which is why many realtors prepare themselves for the possibility that every home will require a careful examination, and possibly a tough conversation with a seller or tenant who may be quite proud of their very unique taste.

One Cape Cod realtor encountered this issue when a friend of hers asked her to check in on a rental property he was planning to sell. Her friend was hoping for a professional opinion on what work would need to be done before the home was placed on the market. The Yarmouth house was being rented to an elderly woman who’d lived in the house for a long time, and who was moving into an assisted living facility.

As the realtor found, a lot of work was needed.

“I went over, and I knocked on the door. She opened the door half an inch and I said ‘Hi, Dick told you I’d be coming’ and she said ‘oh dear, yes.’ And she pulled the door open, and it was like an episode of the Twilight Zone, because she had thousands of stuffed teddy bears glued to the walls and ceilings and every inch of the floor,” the realtor recalls. “There was a tiny path you couldn’t even fit two feet in, you had to put one foot in front of the other. They were glued to the mantle and walls. It was the creepiest…She gave me a tour and there was not one inch of the kitchen and living room that you could see. There were little ones, big ones, ones with clown faces. She was so proud of them. I remember thinking ‘I can’t insult this lady.’ That was by far the most disturbing scene I’ve ever had walking into a house.”

The owner of the home ended up sending in a crew to scrape the bears off the wall. There were so many they ended up filling a dumpster, though the renter was able to save some to bring with her to her new home.

And she’s hardly the only resident to really personalize her home over the years. One Boston-based realtor with Coldwell Banker found people in city apartments have an amazing ability to fill even the tiniest of spaces, including one client who was a hoarder.

“It was quite fun, because if you needed a toothbrush, they had it, and if you needed a spotted elephant statue, they had that too,” the realtor says. “They had dry cleaner bags, thousands of those, and fifty years of newspapers and those created the pathways from one room to another…Soda cans, cartons of cucumbers or something, those were all there. Anything you think you’d get rid of, that was in there. And that was in Beacon Hill.”

And working with a staging company doesn’t always guarantee success.

“I’ve had staging companies stage ripped and torn furniture in condos that I’ve sold,” says Katherine Kranenburg, an associate out of Gibson Sotheby’s International Realty’s office location in Wellesley. “I used this one stager for condos and the price was right. They’re used to getting in and out of small spaces. I got to the point where the relationship was built and I didn’t have to monitor them. I had a trust in them everything would be ok.”

Unfortunately, that trust was broken with one fateful condo: “When I came upstairs and opened the door, there were ripped (arms on the sofa). You can’t hide that with a pillow.”

And of course, sometimes it’s the questionable interior design choices of a homeowner that realtors are left to contend with in their budding decorator’s wake. One Boston- based realtor says she encountered sellers whose more…personal hobbies…were evident in the design of the home, prompting an awkward conversation with a couple selling their home equipped with its own sex dungeon.

“The house was pristine, it was beautiful, and then you’d go downstairs,” she says. “I was working on a listing with an older agent, and we opened the door and she was horrified. There were swings and the walls were padded. They didn’t think it was a problem…it was really hard to convince them to take it down, but they did.”

And padded walls are the least of it. Area realtors describe encountering wall shades ranging from tennis ball green to rooms each painted in a different Crayola color.

“I’ve had homes I’ve gone to that have had wallpaper on the ceilings as well,” says one Boston-based realtor. “Like fully boxed in with wallpaper everywhere. I had a property when I first started selling real estate that was painted all black. It was a one or two bedroom in the South End and it was all black with gold décor. It was a look, but what sellers need to understand is that sometimes there’s a look, but it’s too taste-specific….it was black ceilings, walls, everything. It was very ornate. In a way, it was a beautiful space, but it appeals to one person out of ten. We had the place painted neutrally.”

So just remember next time you’re looking to move: You might be saving your realtor a headache by hiding away your puppet collection and painting over your beloved neon pink bathroom. And if you’re looking at a listing and wowed by how well staged everything is? Remember that behind every lovely room is a realtor who may have had to pull some metaphorical teeth (or teddy bears) to get it there.