By Chloe Opens in the Seaport in February 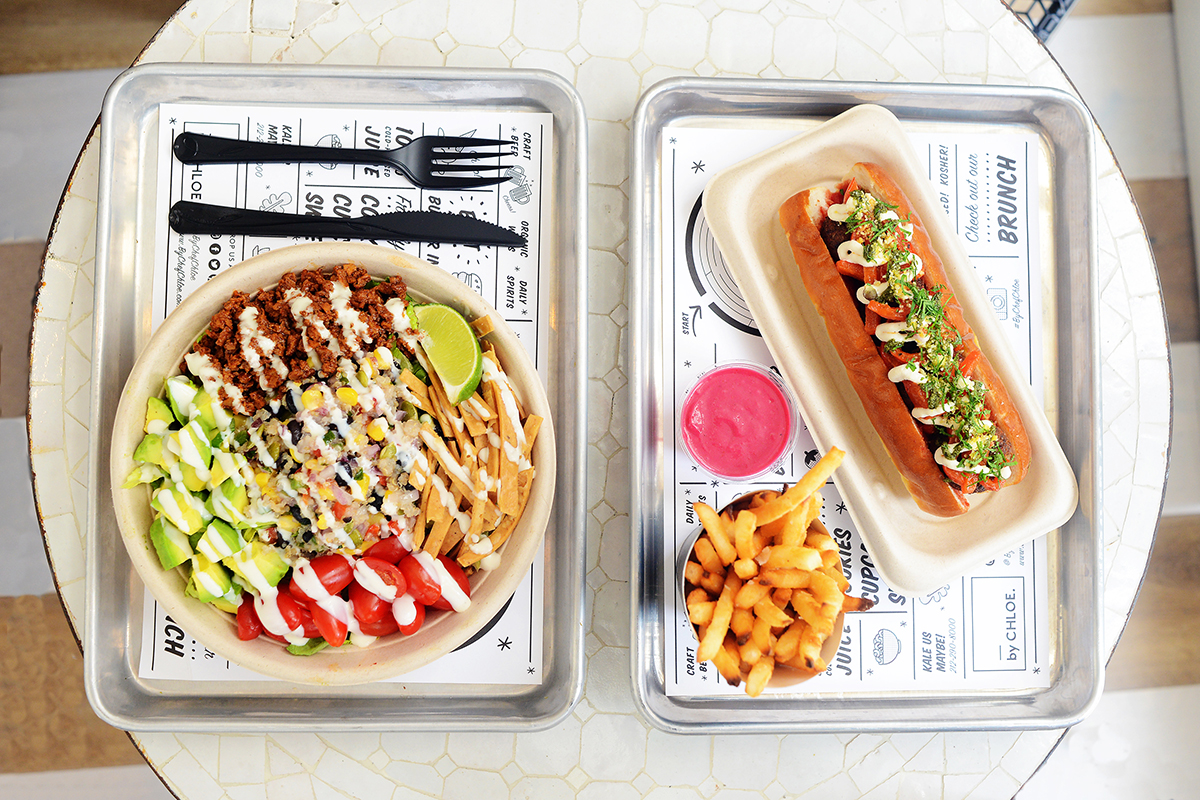 It’s going to get a little bit easier to keep your Mondays—and every day—meatless this spring. By Chloe opens its first Boston-area restaurant on Thursday, February 23.

The fast-casual spot is a technicolor, vegan comfort food destination from Samantha Wasser and ESquared Hospitality, cofounded by chef and cookbook author Chloe Coscarelli. Coscarelli won the Food Network’s Cupcake Wars in 2010 with a vegan recipe, a first for the show. The first By Chloe opened in New York City in 2015 and the brand has grown to three more locations there, including a Sweets shop, as well as a Los Angeles restaurant. More are in the works at Rockefeller Plaza, Williamsburg, Brooklyn; and, locally, in the Fenway neighborhood.

The Seaport storefront is in the same new development as the brand new Aceituna Grill. It will seat about 50 inside and will debut an outdoor patio later this year, Wasser previously told Boston.

The menu offers burgers and sandwiches, salads, sides and fries, and pastas. Some signature dishes include a black bean guac burger, quinoa taco salad, and a whiskey barbecue sandwich with smoked portobello and seitan. For grab-and-go options, there’s a Nicoise salad with chickpea “tuna,” and matcha kelp noodles with a cashew cream sauce.

The Boston location will have some site-specific menu items, though the team isn’t ready to share those just yet. In addition to freshly baked cookies and cupcakes, it will serve Chill by Chloe, the brand’s vegan ice cream, and two special desserts that “give a nod to the city,” too.

“We’re just trying to create healthy options that are interesting and exciting, and feel indulgent,” Wasser said. “We wanted to create something people aren’t intimidated by … to introduce people to cuisine they’re not familiar with [vegan], without scaring them off.”

Following the Seaport debut, the By Chloe team plans to open in Fenway sometime in April.