Starch Madness 2017: A Closer Look at the Wheelhouse Breakfast Burger

With 66.5 percent of the vote, the brioche-ensconced winner of the Breakfast conference beat 2015’s Starch Madness title-holder, Shadowless duck fat fries at Shojo. 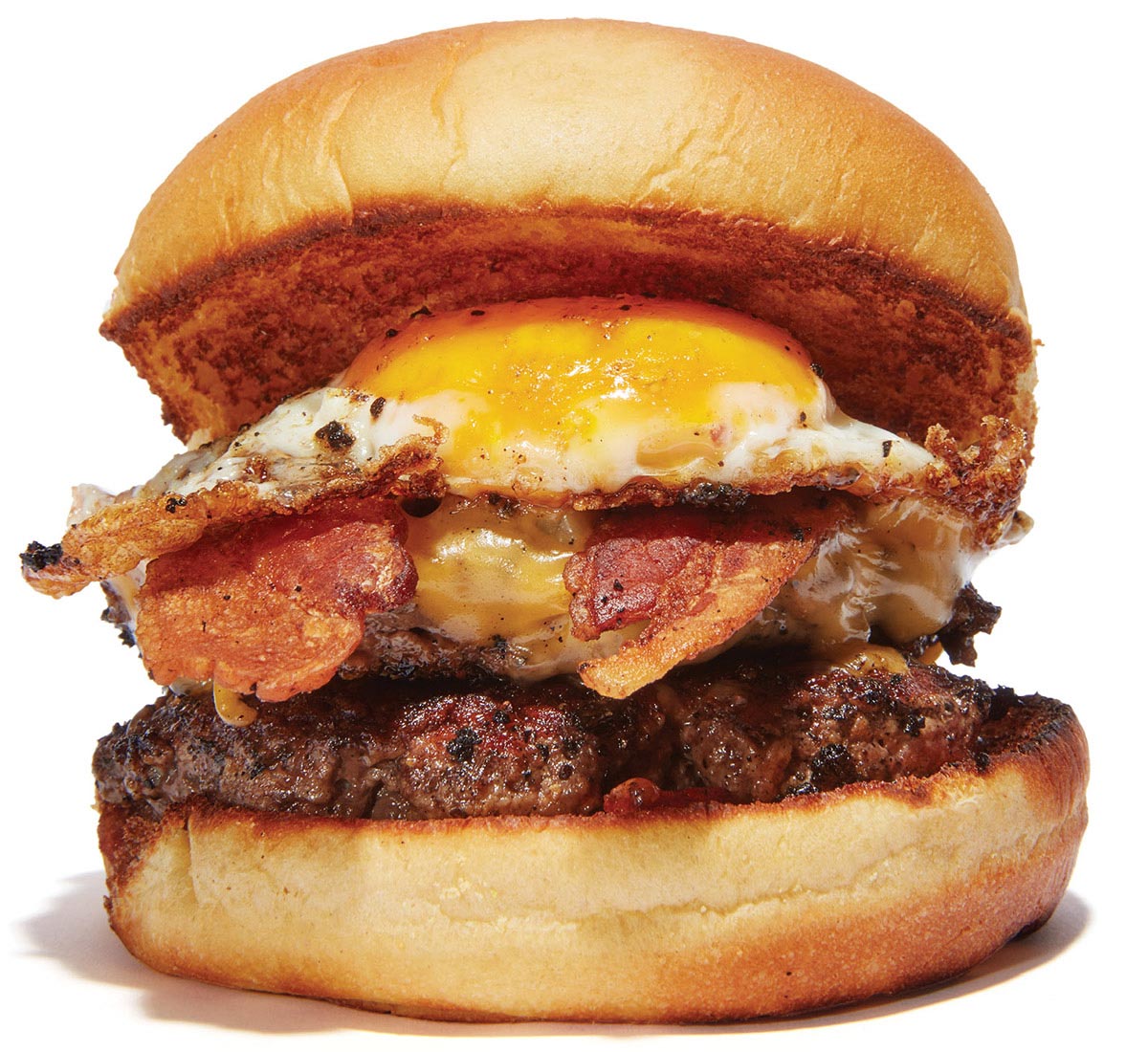 The Wheelhouse breakfast burger. / Photograph by Jim Brueckner for “The Best Breakfasts in Boston”

The ultimate hangover crusher—Wheelhouse’s coffee-crusted, spicy ketchup-slathered breakfast burger—is, believe it or not, inspired by a fine dining staple. Before Jon Chase was the chef at the weekday-only go-to, he was a bartender at the Harp, and every year before Christmas, he would treat himself to a feast at the Capital Grille. The steakhouse chain is known for a Kona crusted bone-in New York strip.

“I was hesitant to try it, actually,” Chase says. “I wasn’t a huge coffee drinker at the time. But it was one of those first bites that you just remember.”

He riffed on that bold “spice rub on steroids” at his first restaurant venture, Wheelhouse, where the coffee-crusted patty still surprises guests, Chase says.

“It’s not normal for people to be eating coffee. Some people are stuck in their ways and don’t want to try new things. We encourage them, because it really is a game-changer,” he says.

The addition of garlic, mustard powder, a touch of sugar, and a few other secret spices balance the Providence-roasted Mills Coffee Co. dark roast that Wheelhouse cooks rub on the Kinnealey Meats chuck patties. Like all Wheelhouse burgers, the breakfast edition gets two, two-plus-ounce patties—because of the hurried crowd stopping in before the workday or on a short lunch break, two patties cook up faster than one, 5.5-ounce burger would, Chase explains.

It’s topped with bacon, cheese, and a runny fried egg, and is accompanied by house-made Bloody Mary ketchup, enlivened by Worcestershire and Tabasco, as well as a squeeze of lemon and a generous dollop of horseradish. It’s the ideal—pre-work-appropriate—hair of the dog.

The breakfast burger is the only menu item that gets the coffee rub to order, but fans have experimented with promising results. One regular gets a coffee-crusted burger with the Jam Session, a cheeseburger with bacon onion jam, says the chef.

Chase and partner Abby O’Donnell opened Wheelhouse three years ago in June. The breakfast burger has been on since Day One, and it’s a great example of what the breakfast-and-lunch spot does, Chase says: Breakfast sandwiches by morning, loaded burgers in the afternoon. “It really ties them both together.”

Thousands of fans and Boston magazine readers who voted in the Starch Madness 2017 bracket apparently agree. 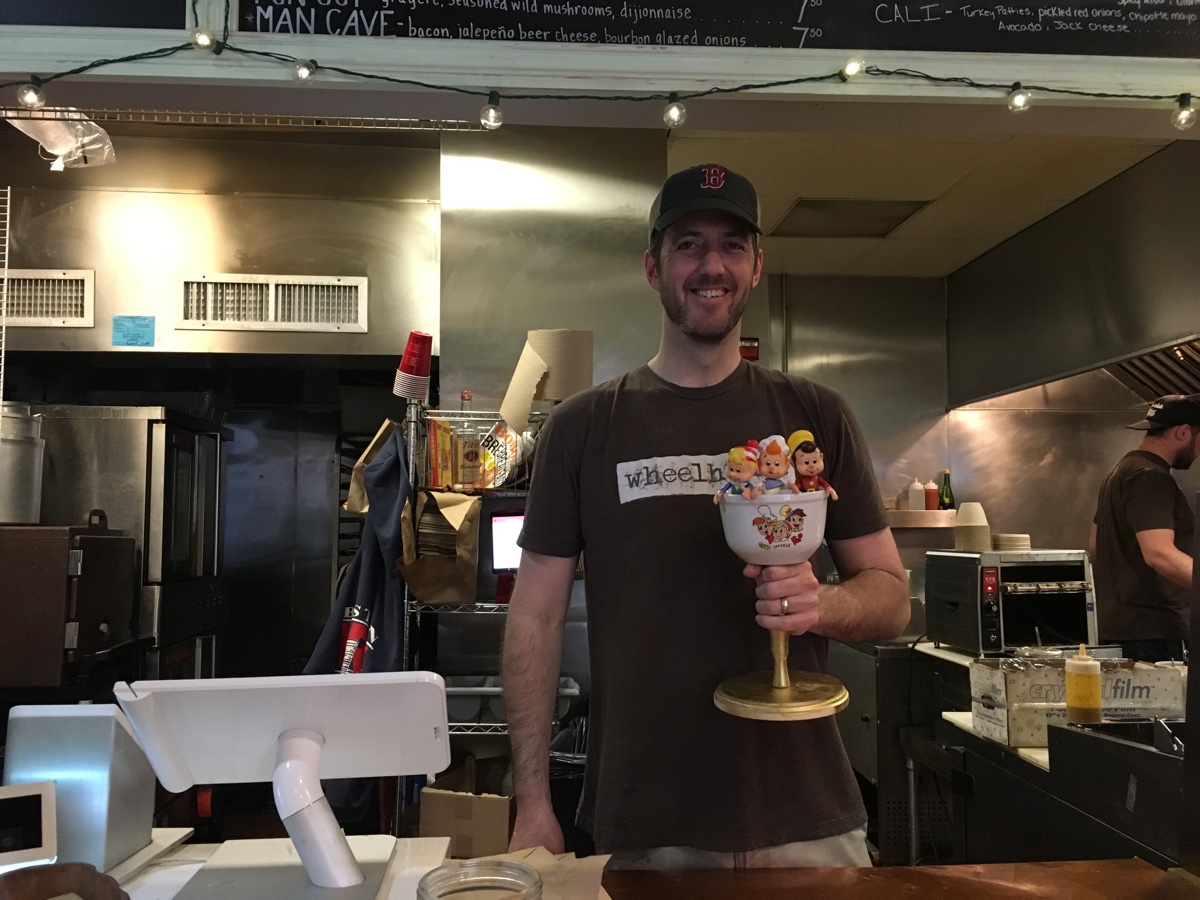