The hotel responded, saying it has the "fanciest hot pocket in Boston," thank you very much. 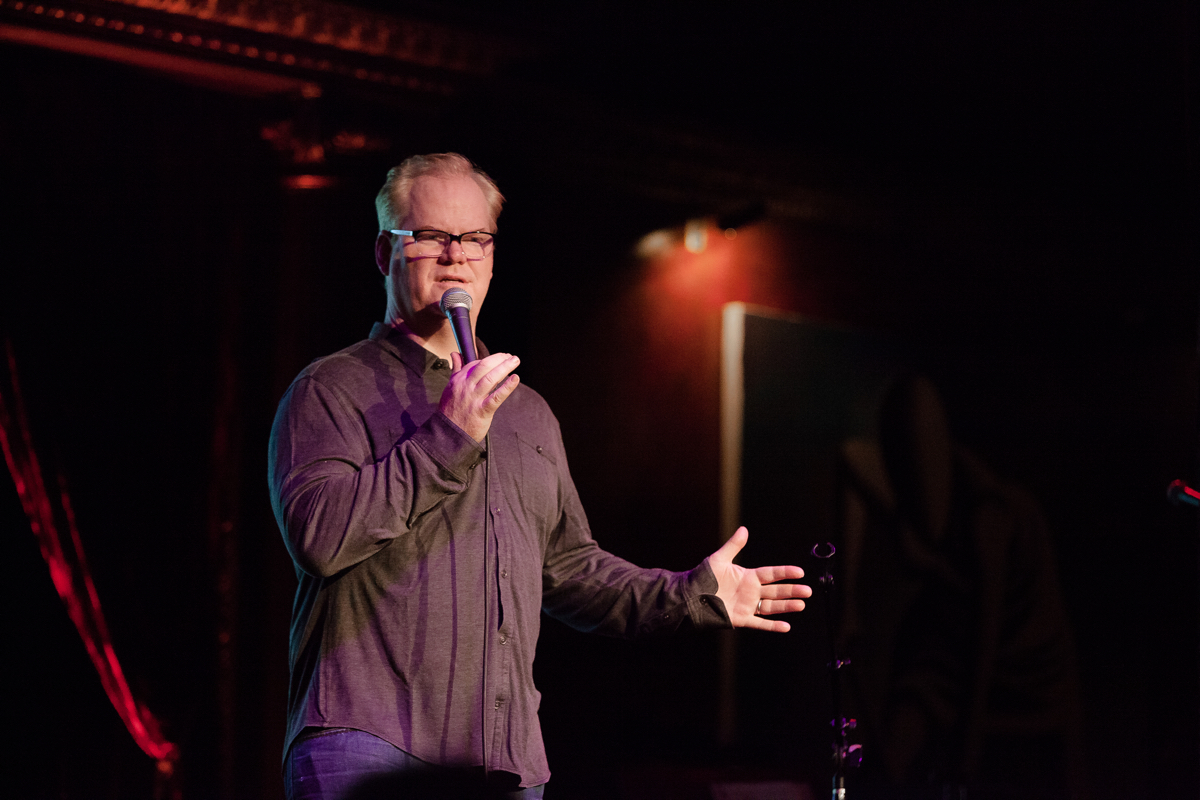 The Four Seasons in Boston says there are no hard feelings with Jim Gaffigan after the comedian roasted the upscale hotel for serving “hot pockets” at its bar.

“I’m staying at the fanciest hotel in Boston,” Gaffigan said in a tweet on Sunday, along with a photo of a menu that includes an item called Chicken Bacon & Swiss Hot Pockets. “Well I thought I was until I saw what was on the bar menu.”

I’m staying at the fanciest hotel in Boston. Well I thought it was until I saw what was on the bar menu. pic.twitter.com/Zd8HHiZ0mk

For whatever reason, Gaffigan’s message caught the attention of Emmy-award winning actor Kiefer Sutherland. “Oh my God, Jim, just surrender and order it,” the 24 star tweeted. “If it’s served at the right temperature it’s high class.” He added: “All my love, Kiefer.”

@JimGaffigan Oh my God, Jim, just surrender and order it. If it’s served at the right temperature it’s high class. All my love, Kiefer.

Both tweets have been shared hundreds of times.

The menu Gaffigan was referring to was none other than the one at the Four Seasons’ Bristol Bar, hotel spokeswoman Maggie Lawler tells Boston. She says the Four Seasons doesn’t mind that he made a joke at their expense, and says she doesn’t blame him for underestimating just how “fancy” a hot pocket can be.

“This is not your typical Hot Pocket,” says Lawler. She says their version of the dish has a tasty, flaky crust from homemade dough, which is stuffed with roasted pulled chicken, top-quality cheese, and house-made sauce. No microwave required. She adds, “We have no doubt it’s the fanciest Hot Pocket in Boston.”

Gaffigan, as you might recall, has a history with Hot Pockets. He mocked the the meat-stuffed Nestle product in a now-legendary routine from 2005, referring to it as a “diarrhea pocket” and joking that eating one could, in fact, kill you. In that bit, he noted that “you never really see [Hot Pockets] on the menu when you go out to dinner. ‘Let’s see, I’ll have the caesar salad and the Hot Pocket.'” He added, playing the role of a waiter reading the specials at a classy restaurant, “We have a sea bass, which is broiled, and we have a Hot Pocket, which is cooked in a dirty microwave.”

But times have changed a lot since then, and many of the less-than-fancy foods of yesteryear have gotten homemade makeovers at higher-class eateries. Like the Hot Pockets served at Southie’s Lincoln Tavern & Restaurant, for example. Or the ones on the menu at the Four Seasons.

So did Gaffigan—who will be back in Boston for six sets at the Wilbur in October—end up trying the spruced-up hot pocket? Lawler, the hotel spokeswoman, has to honor the confidentiality of guests, so she can’t say (if he hadn’t tweeted the photo of the menu, she wouldn’t even be able to confirm he was there).

But if he had, she says, he might have been surprised—and, we assume, he would not have placed it directly in the toilet.