Plus, chef Joshua Smith is growing his empire in downtown Boston. 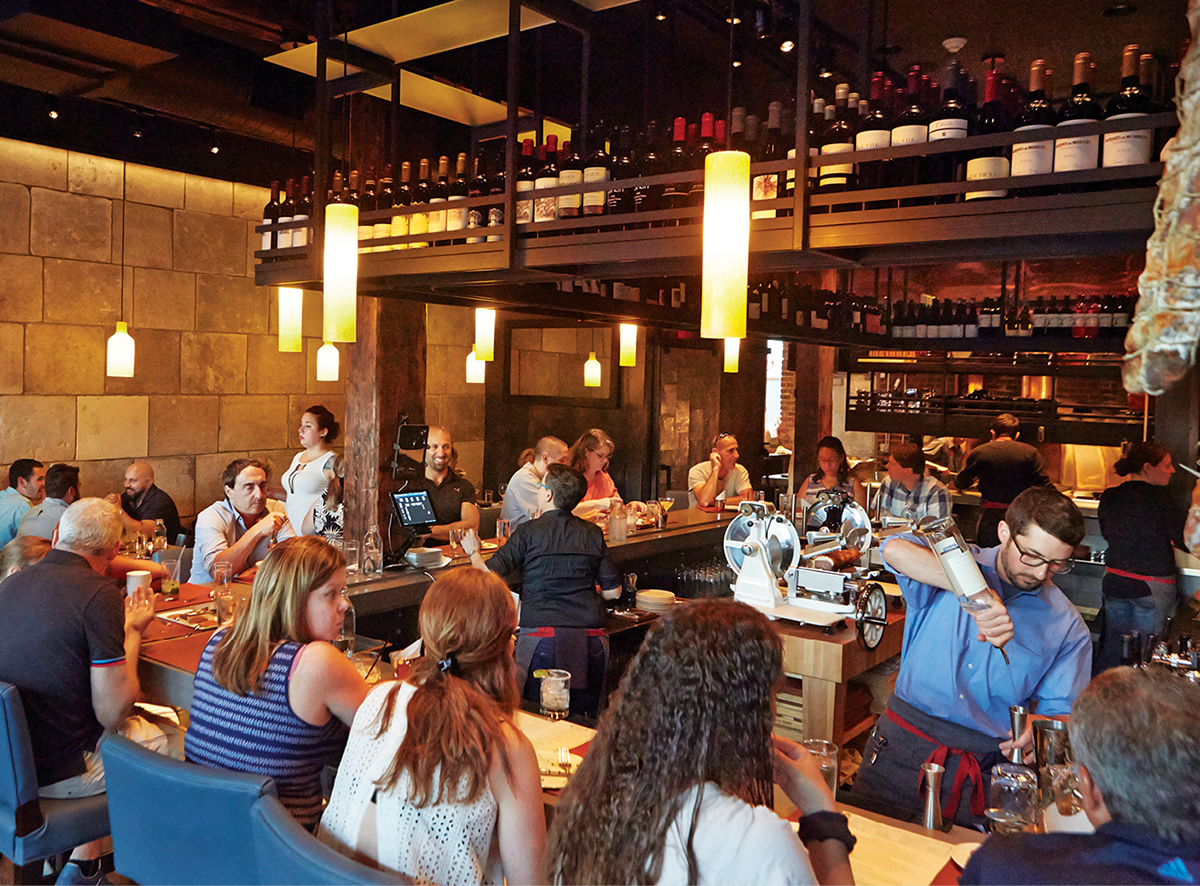 Photo by Nina Gallant for Restaurant Review: The Backroom at Moody’s

The name “Moody’s” is synonymous with quality meat in Waltham, but truth be told, chef Joshua Smith really loves oysters. More expansion of his wildly successful charcuterie empire is now making it possible for him to get shucking.

This fall, Moody’s Backroom will expand with an overflow seating area and private events space, basically doubling the restaurant’s size, and as part of that, Smith is going to build out a small raw bar service station behind the main bar. He’s always wanted to offer rotating tiraditos and ceviches, shrimp cocktail, and oysters on the half-shell, but there were food safety concerns in having that production share space with meats, Smith says.

Now he can do it all. Smith just finalized a lease to take over the space housing the Indian restaurant Santa Banta, Boston Restaurant Talk first reported. Additionally, another nearby storefront that Smith had previously taken over will become a 30-seat, casual taqueria, and the new home for his destination-worthy smoked meats.

Lest you think the prolific tailgater, captain of the Death Star, and father of a 10-year-old ever takes a break, Smith also teases a tantalizing new development: He’s currently negotiating a lease in Boston to open a Back Bay branch of his award-winning deli and sandwich shop.

He’s mum on the exact location until the contract is finalized, but the expansion isn’t a complete surprise. When he built out the 10,000-square foot Death Star—the production facility a couple miles northeast from his deli—it was, in large part, to make more charcuterie for more outlets, his own or others’.

The Boston expansion won’t include a restaurant like the Backroom, “just [weekday-only] sandwiches and sliced meats, maybe some prepared foods, because there’s so many people working and living in that area. We really want to be an amenity for those buildings down there,” he says.

Once he has that lease in hand, things will move quickly: Smith says Moody’s could open in Boston by September. Over the summer, look out for a pop-up hot dog or sausage cart of some kind; he wants to meet the neighborhood before he moves in.

And things are moving along in Waltham. The barbecue shop was originally going to coexist with a bakeshop by longtime Moody’s baker Luke Fetbroth; Fetbroth has moved his production into the basement below the deli, where charcuterie production initially lived, and it’s cranking.

Hence the opportunity for a taqueria. Moody’s cook Nixon Gallardo has been testing recipes for heirloom masa tortillas, made with corn from Taquiza in Miami Beach. They will be the perfect vessels to house the brisket ends, al pastor-style smoked pork butt, chorizo sausage, and other taco-ready meats Moody’s is already producing.

“We’ve been playing with different fire-roasted chilis in the wood oven to make different salsas and condiments,” says Smith, like a spicy morita sauce, and a poblano-green chili sauce.

He envisions a fresh, DIY toppings bar, with pickled vegetables, a radish salad with cilantro and lime, and other accoutrements. Plus, in taking over the Santa Banta space, Smith can apply to transfer that liquor license so the taqueria can offer beers and tequila. He’s hopeful the taco shop can open in October, he says.

“We’ve been over-hiring and getting great management staff in place. I’m lucky to have wonderful people around me to help get it all off the ground,” Smith says.

And Boston-area taco and ceviche lovers are lucky, too.