Here’s Your First Look at Ledger

Take an exclusive peek inside Matt O'Neil's new restaurant, opening next week in a former bank in Salem. 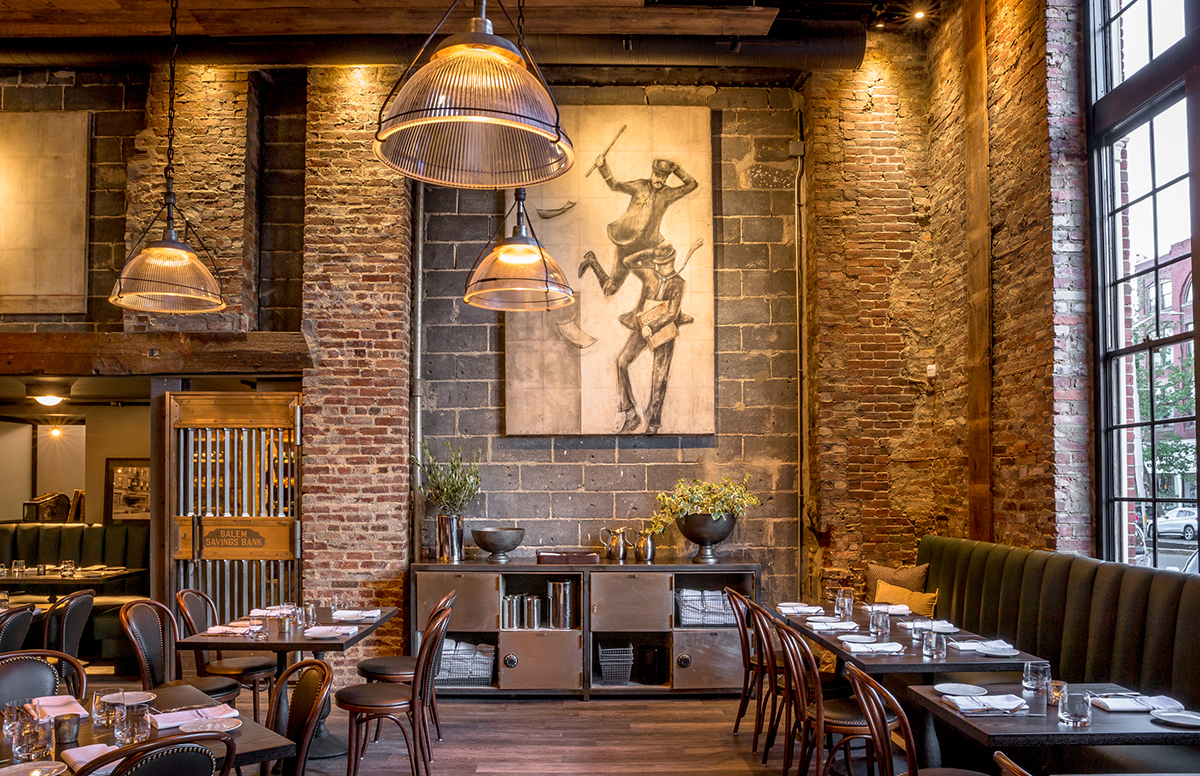 The dining room at Ledger. / Photo by Michael Diskin.

Luxurious design details, from a preserved pressed plaster ceiling with an 82-inch chandelier to a vault repurposed as a walk-in refrigerator, characterize the transformation of a historic Salem bank building into a restaurant.

On Tuesday, June 20, chef-owner Matt O’Neil will open Ledger in the former Salem Savings Bank, on Washington Street. Erica Diskin of Boston-based Assembly Design Studio oversaw the renovation of the circa-1818 space, which was the country’s second-ever chartered savings bank.

“I love meat and I love grilling,” O’Neil says. “The history and the design of the building stirred some things in my mind with wood-fired cooking.” 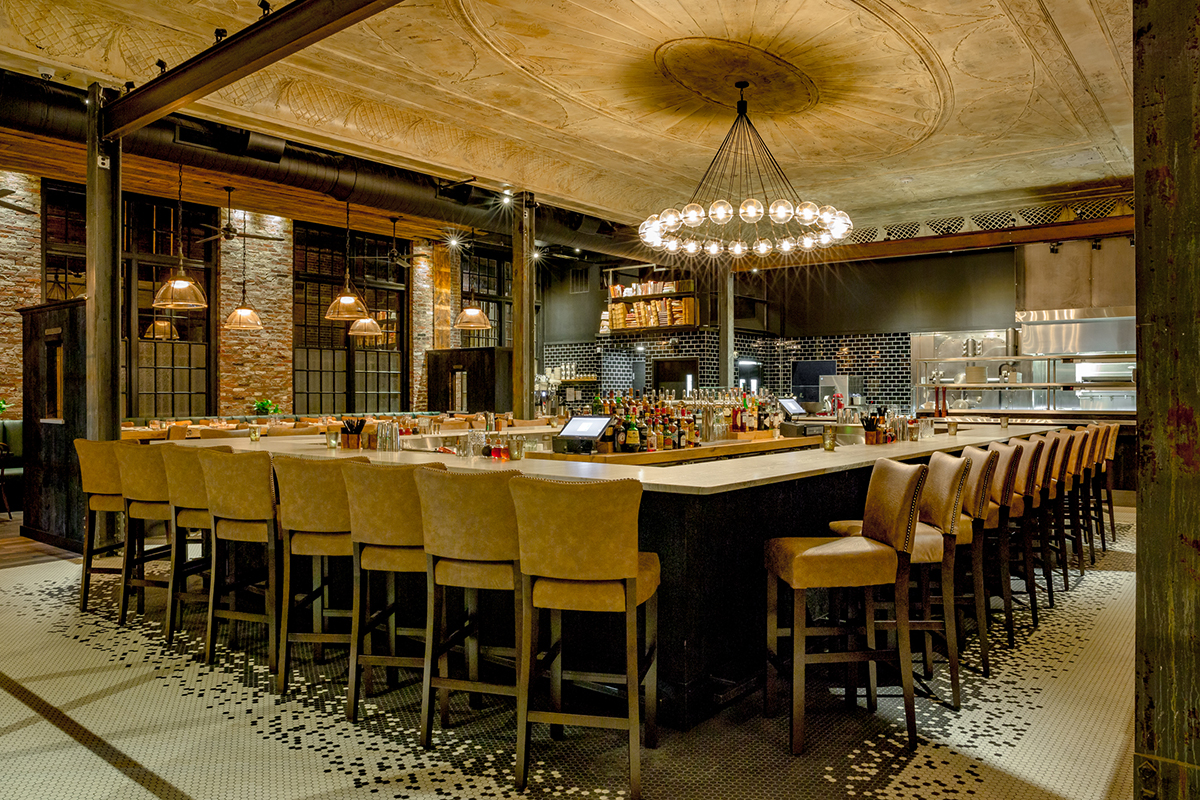 The opening menu (see the full menu below) includes everything from popovers and grilled oysters to steak tartare and ribeye. Most offerings, including “suppers” for two, are meant for sharing. O’Neil — who won the Boston magazine Battle of the Burger competition from 2013-2015 with the “Sin Burger” from his first restaurant, the Blue Ox, in Lynn — will also be serving burgers. Ledger’s version is sandwiched between molasses brioche, a nod to the area’s rum-trading history.

“This bank is here because all of the trade that was going on—the merchants needed to put their money somewhere,” O’Neil says.

Other design features include a reclaimed oak communal table, a repurposed teller window, and a privacy wall made out of safe deposit boxes. 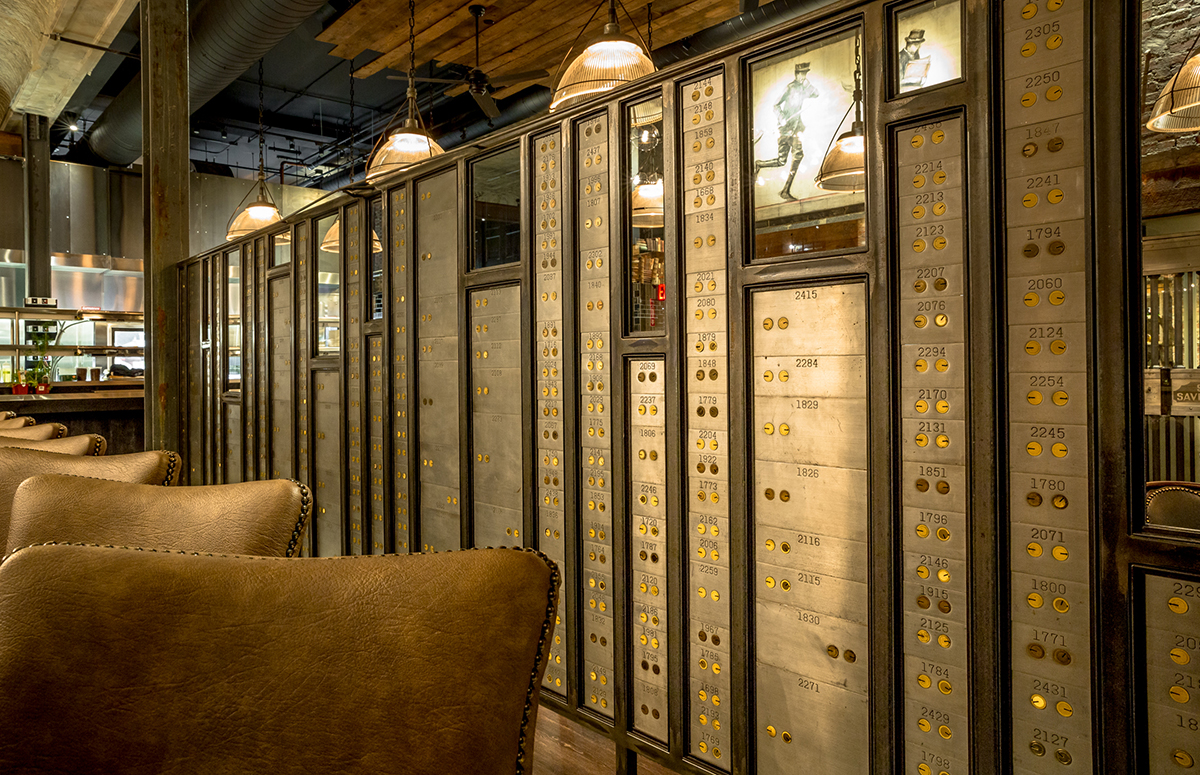 A 30-seat bar serves as the restaurant’s focal point. There’s also a chef’s table, a six-seat oyster bar, and a private dining room that can accommodate up to 60 people. In all, the space can seat about 200.

Martha’s Vineyard artist Traeger di Pietro created three custom paintings for the space. The triptych, titled “A Bold Robbery,” depicts a satirical story of a businessman who, for unknown reasons, decides to steal a book of ledgers and is chased by police.

O’Neil has also created a raised library, visible from the dining room, filled with the former bank’s ledgers.

“We’re trying to preserve everything because we want to celebrate the people who came before us,” he says. “There’s only one second savings bank in the country, and it’s right here.” 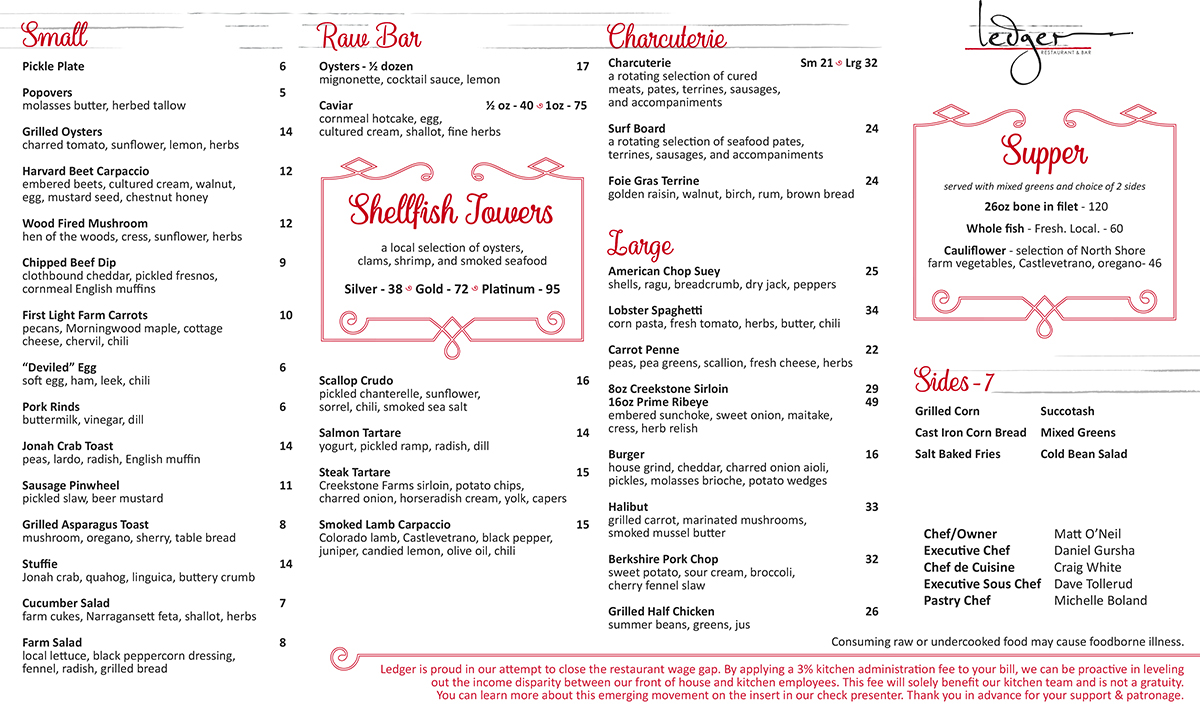