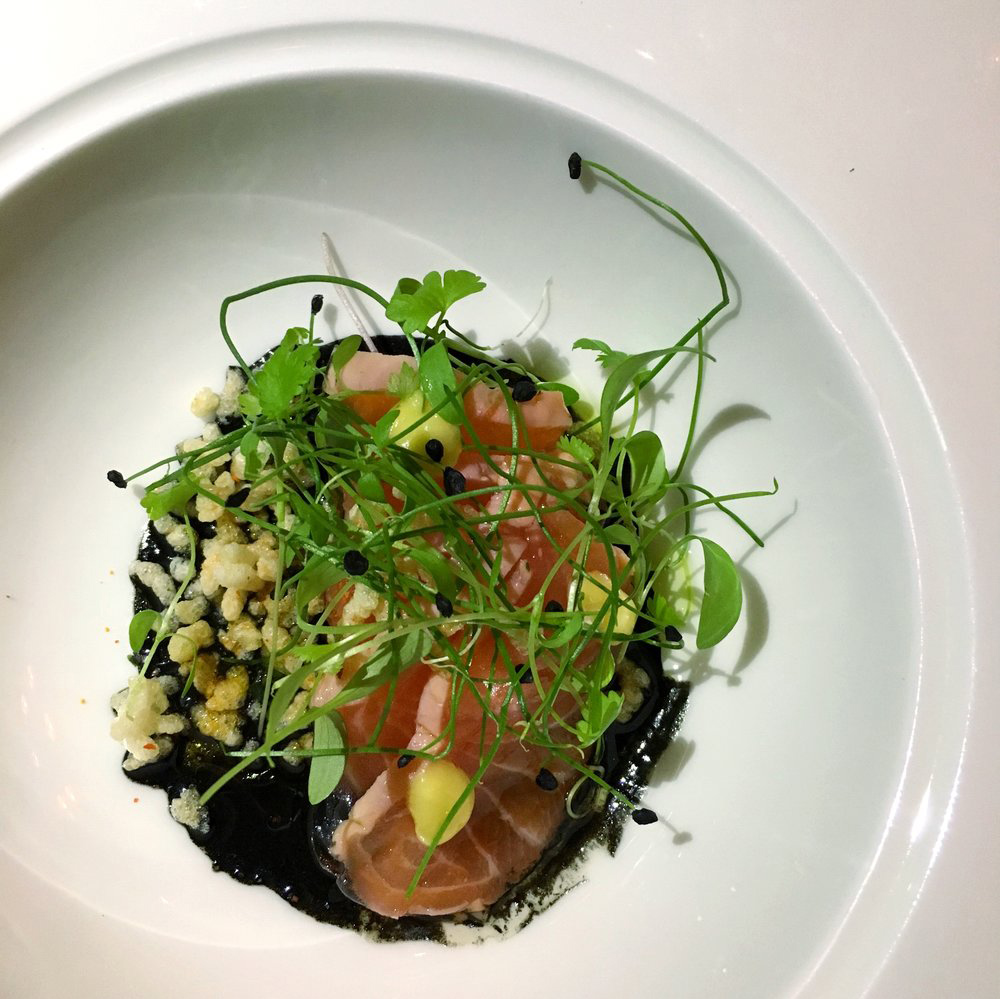 Shuai Wang of Short Grain made Salmon Tataki with Black Garlic Vinaigrette, Preserved Lemon, and Puffed Rice for a collaboration dinner with Mei Mei and others at the James Beard House. / Photo provided by Mei Mei

Beyond the personal validation of being named an Eater Young Gun, Mei Mei chef Irene Li also got a friend out of that honor.

Li met Charleston, S.C., food truck Short Grain chef Shuai Wang last summer, when both got Eater nods. She reunited with him in January to cook at the James Beard House in New York City, then Li and Wang shared a James Beard Award nomination for Rising Star Chef of the Year.

Later this month, the friends are getting together again for a pop-up at Mei Mei.

“Been meaning to do something in Boston with them for ages and we’re psyched they’re finally coming up here,” the Mei Mei team says.

Short Grain, which hit the Charleston scene in 2015, creates “untraditional” Japanese cuisine with a Southern bent, like “Nashville Hot” karaage with pickles, ponzu, and Alabama white sauce. Wang and his wife, Corrie, are New York ex-pats living in the lowcountry, and they run the truck together.

“Do you ever eat or drink something and feel like the person who crafted it, even if you’ve never even met them, just gets it? Just gets you? For me, these are those people,” Li wrote on Instagram ahead of cooking with a half-dozen fellow Asian-American chefs, including Wang, at the Beard House. “I don’t know if it’s because they look like me, because they work hard and quietly (maybe under the watchful eye of hardass Asian parents), because restaurants and food are in their families and their blood, or because their creations embody the kind of sincere but non-traditional, authentic inauthenticity that drives what I do [at Mei Mei]… I think it’s all of the above.”

In Boston, Wang is making a bunch of Short Grain snacks—check out the menu below—while the Mei Mei team will be whipping up themed cocktails to complement the spread. Everything is priced a la carte, and will be sold over-the-counter until it’s gone. RSVP so the teams know about how much to prepare.