You Can Now Get Cafe Sushi Delivered to Your Door 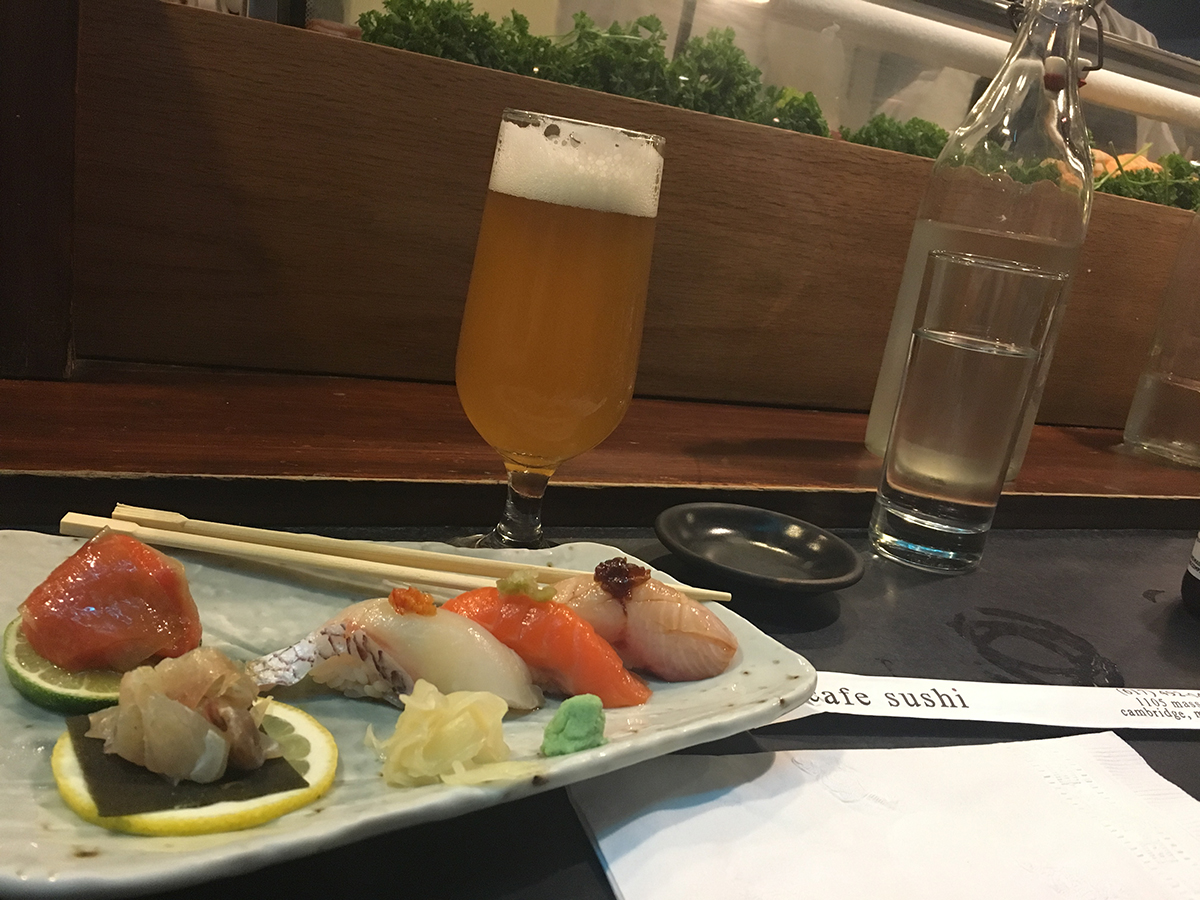 A signature sampler at Cafe Sushi (pictured) and more is now available for delivery through Caviar. / Photo by Jacqueline Cain

To really experience the charms of stalwart seafood spot Cafe Sushi, pulling up a seat at chef Seizi Imura’s sushi bar for an omakase experience (or the exceptionally affordable $17-signature sampler) is the recommended move. But the next time a sushi craving strikes when you’re already in your pajamas, delivery is now possible for the first time in its 33-year history.

Cafe Sushi joined the delivery service Caviar this week with “most of our favorites.” During dinner hours, order from a range of traditional maki and signature rolls, seasonal nigiri and sashimi, and apps, like teriyaki, gyoza, sunomono (cucumber salad), miso soup, and more. The delivery range is generally about five miles, within Caviar’s zone of downtown Boston, Cambridge, Somerville, and Brookline, in any direction around the restaurant.

Imura’s parents opened Cafe Sushi in 1984 and still own the place, though the sushi chef took over the day-to-day in 2007. Located in a frankly kind of weird strip mall/condo building on the edge of Harvard Square, the place is pretty nondescript, and hasn’t changed much aesthetically since the 1980s. But Imura, who spent eight years at the acclaimed, Michelin-starred Sushi Ran in California, has infused new life in the place with fresh flavor combinations (like the salmon tosa maki with avocado, topped with iced onion, micro-shiso, katsuobushi, and ikura), and seasonal seafood.

He has previously told Boston about plans to develop more of an izakaya scene at the Cambridge restaurant, potentially building out a bar area to focus on sake and small plates, and offer room for dine-in guests to wait. But in the meantime, we’ll take this 21st century development of Caviar delivery from the Best of Boston-award winning spot.