Bodega Canal is eyeing an October 2017 debut near the TD Garden. 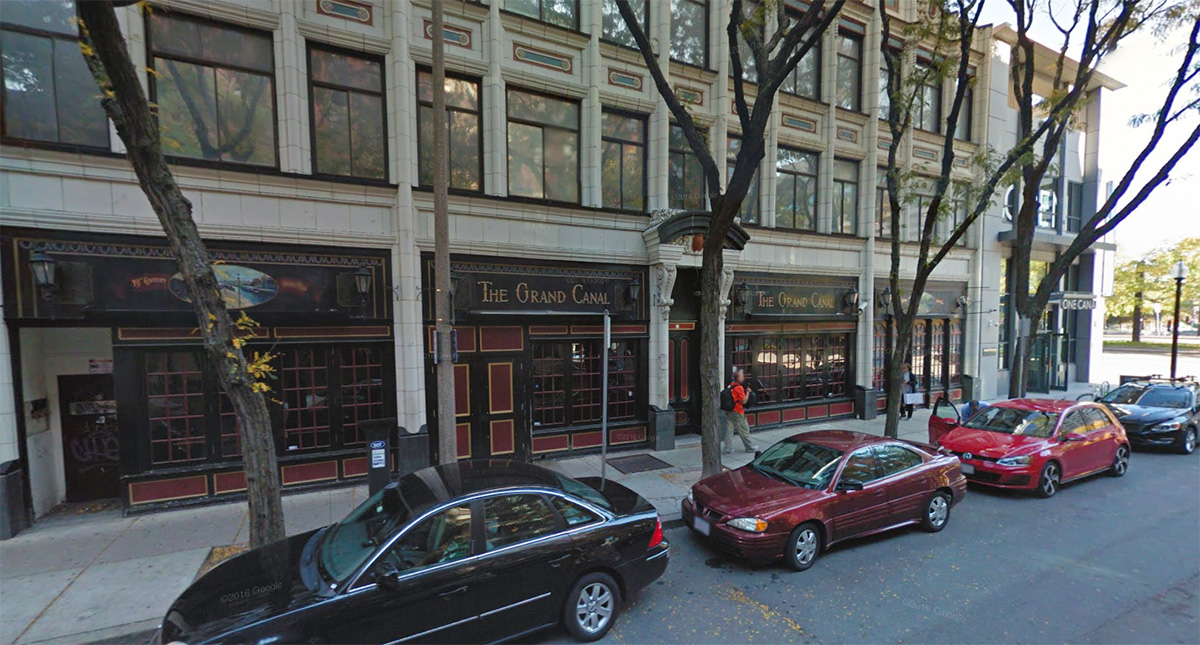 Bodega Canal is taking over the former Grand Canal pub. / Image via Google

Less than four months after opening North Square Oyster, the Ward 8 team are at it again. North End restaurateur Nicholas Frattaroli is bringing Bodega Canal, a Mexican restaurant and nightclub, to the West End this fall.

Frattaroli, whose family is well-known for North End spots including Lucia, Ducali, and Il Molo, ventured off on his own with Ward 8 in 2013. He’s had Bodega Canal in mind for several months; when he was about to open North Square Oyster, Frattaroli told the Improper Bostonian, “It’s three concepts that are all very different, but we want them to feel like a family.”

Bodega Canal will be the hip, trendy night owl of the bunch. Formerly the Irish pub and club the Grand Canal, it will continue to be a prime pre- and post-gaming spot for events at the TD Garden with both a main dining room and a large lounge area. Like its sibling spots, Bodega Canal will have a solid cocktail program helmed by Mike Wyatt. Here, it will be tequila-focused, with a lengthly list of margaritas, and some frozen drinks, as well. After 10 p.m. on Thursdays, Fridays, and Saturdays, it will host live DJs and cultivate a nightlife crowd. It has a full liquor license and will stay open until 2 a.m.

While chef Douglas Rodrigues is composing the oysters in North Square, Ward 8 chef Kenny Schweizer (Four Seasons’ Bristol Lounge, Blue Ginger, Meritage) is also behind Bodega Canal. His menus there will offer both lunch and dinner, with classic and more inventive tacos and other Mexican street food-inspired bites, plus salads and other entrées.

Justin Power, who designed the Colonial-chic, cozy North Square Oyster, is co-designing this new space. It will seat 200 people, with high ceilings, crystal chandeliers, and gold details in the main dining room, and a “rough-luxe” aesthetic with leather couches in the lounge. A fledgling Instagram account captures the mood.

Follow along for other early looks at the soon-to-open spot, and stay tuned as Bodega Canal eyes an October debut. Also headed for the area this fall, just in time for Bruins and Celtics season: a new Tasty Burger outpost.

Bodega Canal is a hip Mexican restaurant and nightclub in Boston. / Images via Instagram used with permission