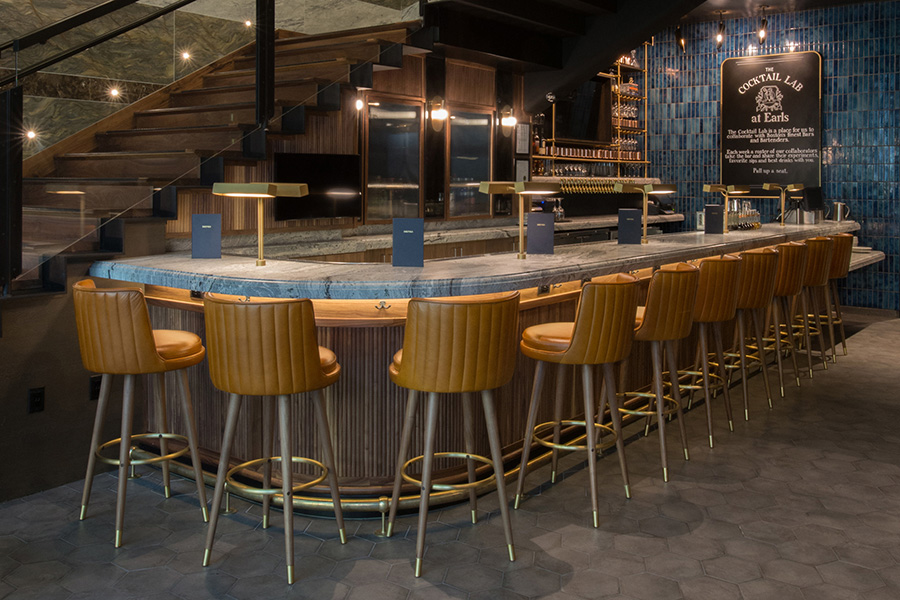 The cocktail lab is the first-floor bar at Earls at the Prudential Center. / Photo by Melissa Ostrow Photography

Whether it’s a familiar face taking over the bar, or a favorite spot dishing out new flavors, the Boston restaurant scene is extra convivial this fall—and diners and drinkers will reap the true benefits of friends in hospitality.

Earls Cocktail Lab quietly started last month, with local pastry chef-cum-bartender Kate Holowchik, formerly of the Townshend and now in the kitchen at Capo in South Boston, moonlighting regularly at the new Prudential Center restaurant. The series was officially announced today, with bartenders Fred Yarm, formerly of Loyal Nine and Russell House Tavern; Andrea Pentabona, bar manager of the Independent, and more signed up for shifts.

“The Cocktail Lab will give us a platform to bring something entirely unique to our bar program while giving these awesome, talented people a place to shine outside their expected dwellings,” Bogue said in a press release.

Expect to see speciality drinks from each guest bartender, alongside a lineup of six Boston classics. Yarm, the author of cocktail books Boston Cocktails: Drunk & Told and Drink & Tell, is in residence at the Cocktail Lab every Monday this month, beginning tonight. Mark Young and Hazel James of Cambridge’s Viale will be there on Tuesdays, Pentabona has Wednesdays, and Maddox has Thursdays. Follow @EarlsPrudential (and check its Instagram stories) to stay in the loop.

Lion’s Tail, the relatively new cocktail bar at Ink Block, has also had friends over lately. General manager Jacki Schromm invited Tainah Soares (A4cade), Kayla Quigley (Citizen Public House), and other “badass women who encourage, support and empower each other” to her bar every Wednesday in October for #WomenCrushWednesday. The series raises money for various charities, and will return periodically. Next up: Holowchik gets behind the stick on December 6 from 7-9 p.m. She’ll bring her own cocktail creations to pair with a special bar menu by Lion’s Tail chef Daniel Pagano, to a soundtrack of “fierce female artists” on the stereo. 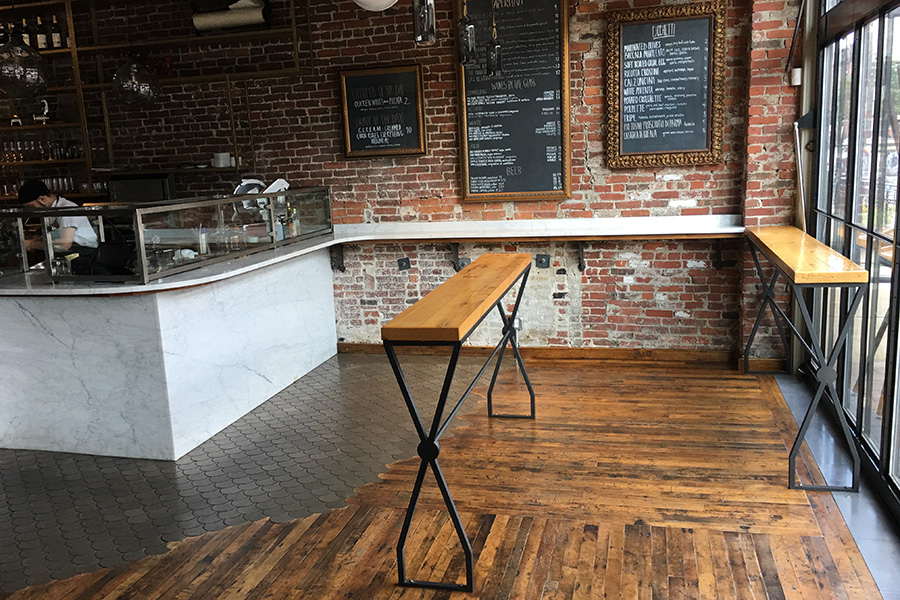 And it’s not just drinks that bring Boston bars together. SRV continues its “Cicchetti Takeover” series with a visit from chef Tracy Chang. The Pagu chef will bring her cheesy wafflato, versions of her croquetas, and more Spanish-ish bites to the South End bacaro, the standing wine bar area in the front of SRV. The party will feature Chang’s snacks as complimentary passed appetizers, while the host’s regular menu of Italian bar snacks will be available for purchase.

“It’s so unique, that satellite kitchen in the bacaro,” says SRV general manager Ted Hawkins, describing the busy food prep area behind the bar, which dishes out cicchetti on a nightly basis. “We wanted to breathe new life in there, maybe bring people into a part of the restaurant they haven’t spent time in before,” he says.

And as a Pagu regular himself, Hawkins is excited to share Chang’s food with his own guests, he adds. Last month, SRV hosted Sarma’s Cassie Piuma, and a December 6 event will bring Townsman’s Matthew Jennings (and his Homegrown book tour) through, Hawkins says.

From innovative new cocktails, to a fresh take on bar snacks, you’re covered this fall.

This post was updated November 29 with details about Kate Holowchik’s December 6 shift at Lion’s Tail.