T.W. Food Alums Will Take Over That Cambridge Restaurant Space 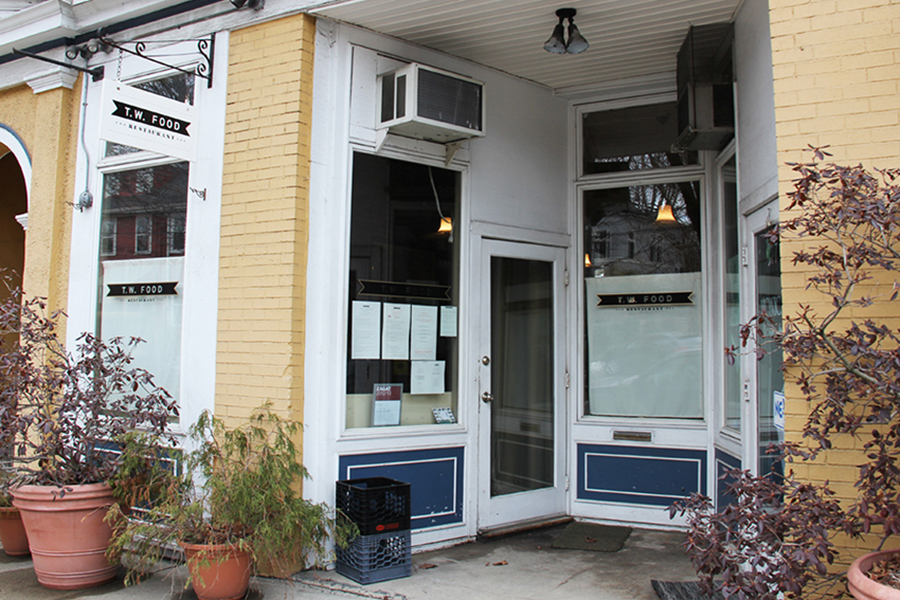 Tim and Bronwyn Wiechmann have said goodbye to a restaurant space they operated out of for a decade, leaving it in the hands of a new couple familiar with it. Conor Dennehy and Danielle Ayer, formerly a chef de cuisine and wine director, respectively, at T.W. Food, have taken over from their former bosses and plan to open a restaurant called Talulla there later this year.

Eater Boston reports the husband-and-wife purchased the business from the Wiechmanns after their short-lived Self Portrait closed in November. Dennehy and Ayer are behind the catering company Belly to Bones, and Ayer is currently wine captain at Menton, Eater notes.

Named for their 1-year-old daughter, Talulla will have a prix-fixe and tasting menu format. Dennehy’s dinner menus will showcase some of the French-inspired fare familiar to diners at T.W. Food (and Self Portrait), but it will also be influenced by the cuisines of Spain, Italy, and Japan.

“We have a passion for travel and understanding the ingredients and food from other cultures,” the couple writes on a Kickstarter campaign supporting Talulla. “The passion that we have is directly related to the relationships we’ve cultivated with dedicated farmers and winemakers. By supporting us, you’re supporting more than a restaurant. You’re supporting an ideology; people who are passionately dedicated to operating on a smaller level, who have direct relationships with the creators of the products that we use. It is our duty to continue to tell their stories and share their legacy through our food and drink.”

Ayer was opening general manager at the Wiechmanns’ Bronwyn as well as the wine director at T.W. Food for a short time. In the Kickstarter video, she says the “warm,” 12-table Talulla will have “world-class wines,” and a full liquor license to support a small, classic cocktail program.

Dennehy and Ayer already secured the space, furniture, fixtures, equipment, and license transfers. The $27,000 they’re hoping to raise by the end of February will help stock the kitchen and wine shelves, and pay staff initially. Rewards for supporting the campaign range from a seat at a pig roast this summer, to complimentary caviar service or a full dinner at the future restaurant, a group cooking class, and more.

Talulla is on the Cambridge licensing agenda January 24, and the couple is eyeing an April 2018 opening. The all-or-nothing Kickstarter campaign is live until Wednesday, February 28, at noon.