Later this month, the Central Square original will temporarily close for renovations. 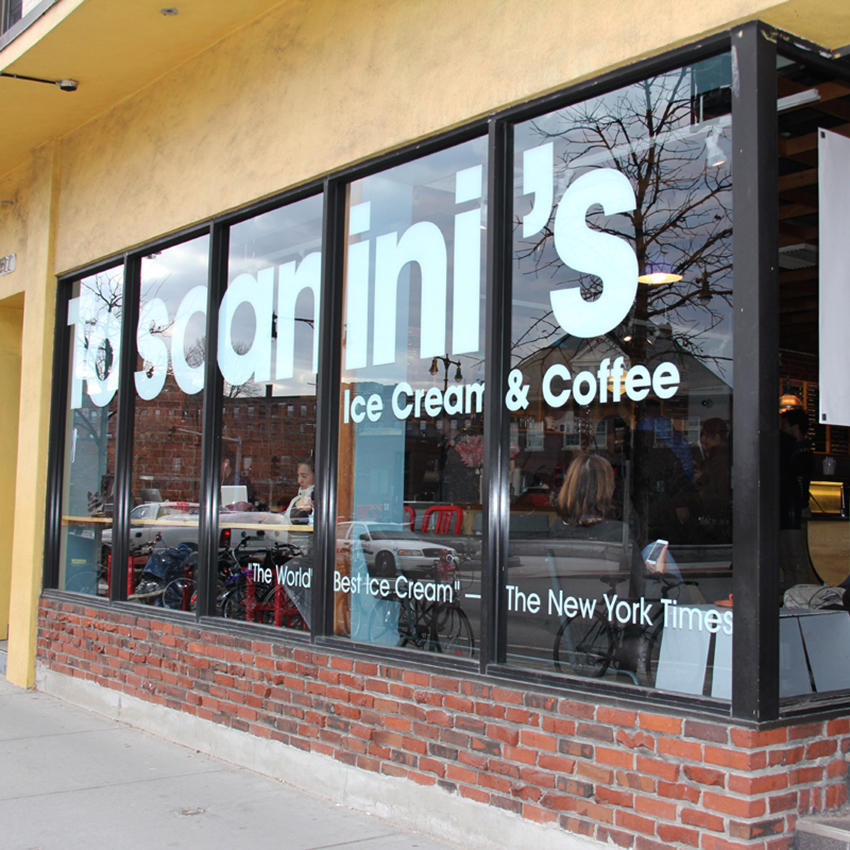 UPDATE, January 26, 5 p.m.: After a couple days without a Toscanini’s shop, Cambridge has one again: The new location near on the corner of First and Rogers streets debuted this morning. The original location in Central Square closed for renovations on Tuesday. Eventually, the People’s Republic will have two Toscanini’s retail locations.

The “heavyweight champion of the slow-churned world” has been located in Central Square for more than 35 years, and even though Toscanini’s will shutter soon for renovations, it will always have a scoop shop in Cambridge. A new Toscanini’s location is on track to open later this month in East Cambridge, on the corner of First and Rogers streets.

“We’ve been here since 1981, and we like being here,” owner Gus Rancatore says from the original shop. The building around him is now empty of other businesses and apartments as the landlord renovates it into a boutique hotel. Patty Chen’s Dumpling House plans to return to the new space, while Cinderella’s has closed for good.

While Rancatore initially planned to stay open during construction, Toscanini’s will have to close for some time because of some renovations required by the Americans with Disabilities Act, he says. But “Customers kind of expect us to be here,” Rancatore says. “We’re looking forward to coming back here.”

Rancatore and his sister and business partner, Mimi, were already looking for more space when their landlord informed them of the plans for the building, he says. The location in East Cambridge, a sub-10-minute walk from the Lechmere MBTA station and about 15 minutes from the Kendall station, is about 3,500 square feet. It will allow them to build out a bigger “display” kitchen, where guests can see the ice cream-making process, and allow for about 40 seats. The Central Square location will no longer house production when it reopens, Rancatore adds.

The Rancatores are working with local companies Fairbank Design, the Community Builders Co-Op, and Anmahian Winton Architects. “We’re trying to evoke the store we have in Central Square,” Gus says. It will have a communal table in the middle—it’s currently borrowing the original’s—and smaller tables with banquettes.

It will also serve 32 creative flavors every day, including B3 (brown sugar, brown butter, and brownies), burnt caramel, and khulfee (a cardamom treat); plus ice cream sandwiches, muffins, danishes, cookies, and other house-made baked goods; Barismo Coffee, and ice cream cakes to order.

“We’re all about trying to give people what they want to eat,” Rancatore says, so they’ll listen to the new neighborhood—which is just 1.3 miles away from their original home. “We hope a lot of customers who come here will find it convenient to go over there,” he adds.

Rancatore hopes to debut the second Toscanini’s by the end of January, at which point the original location will shutter temporarily. Follow @tosci on Twitter for updates.