From Peruvian pisco to Bolivian singani, South American spirits are heating up the Boston cocktail scene this summer. 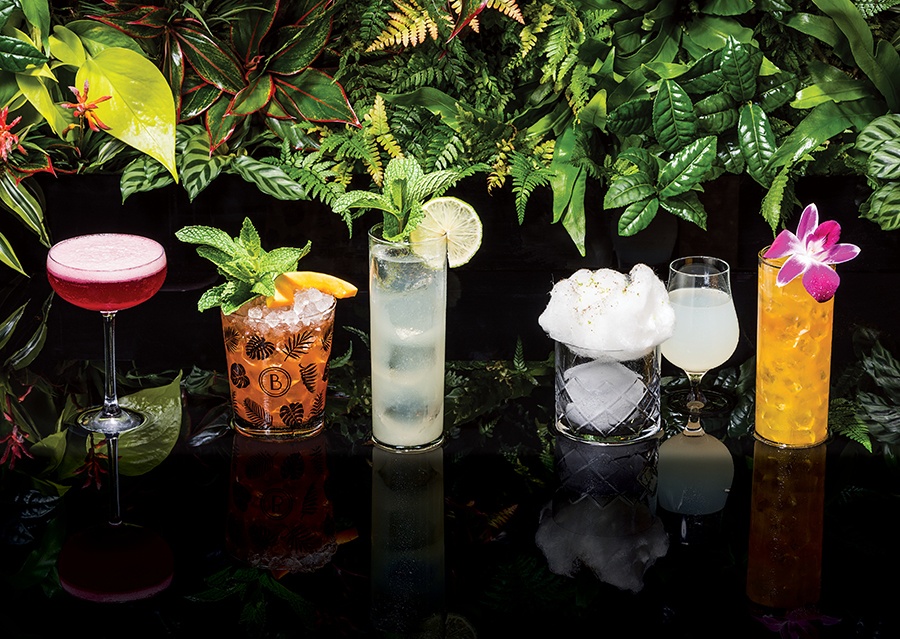 With its whitewashed walls, funky neon signage, and menu full of ceviche and pisco, this tiny Somerville restaurant feels like it could have been transplanted from the hippest district in Lima. Owners JuanMa Calderón and Maria Rondeau use Peru’s brandy-based spirit in several libations, including the Chicha Sour: With a shot of house-made chicha morada (a purple-corn drink with fruit and cinnamon) added to the traditional pisco sour recipe, it ties two traditions together in one glass.

Turns out, rum isn’t the only spirit that pairs well with Chinese cuisine. At the new cocktail bar he recently installed in his parents’ Sichuan restaurant in Brookline, Ran Duan opens up the cocktail menu to the whole wide world of South American sips. There, he and bar manager Will Isaza are experimenting with bottles that are lesser known in the States, such as Colombian aguardiente. In the transportive Angie Valencia, the anise-kissed spirit is balanced by Aperol, papaya, and kaffir lime.

Before the Bolivian distilled brandy known as singani became available this year in Boston, Oliver Castro-McClung would tote home several bottles after visiting his father in La Paz. Now that it’s imported here—courtesy of Hollywood director Steven Soderbergh’s brand Singani 63—the Brighton Bodega beverage director is sharing his affinity for it with the Chuflay San Miguel. The mojito-like drink mixes singani with oleo saccharum—made from citrus peels and sugar—plus soda water and lime.

Chef Gabriel Bremer has had a fondness for dissolving cotton candy tableside since he first served it as part of a dessert at his now-closed first restaurant, Salts. At his new Uruguayan-Basque project, he uses the pillowy spun sugar as the sweetener in an otherwise relatively traditional caipirinha, made with lime juice and Avuá artisanal still-strength cachaça. His cocktail program also spotlights other South American staples, from honey grappa to yerba mate and dulce de leche.

For the most part, this lounge-y Latin-Caribbean restaurant, run by Merengue owners Hector and Nivia Piña, sticks to warm-climate classics behind the bar: mojitos, margs, and micheladas. But there are some unexpected departures, including the Imagínate en Colombia, a one-two punch of Andean aguardiente and Don Q passionfruit rum with a splash of passionfruit purée. Pair it with the whole roasted pig on the menu, and you’ll feel far, far away from the bustle of Central Square.