Six West, opening this summer at the new Cambria Hotel, is the latest new project from Boston Nightlife Ventures. 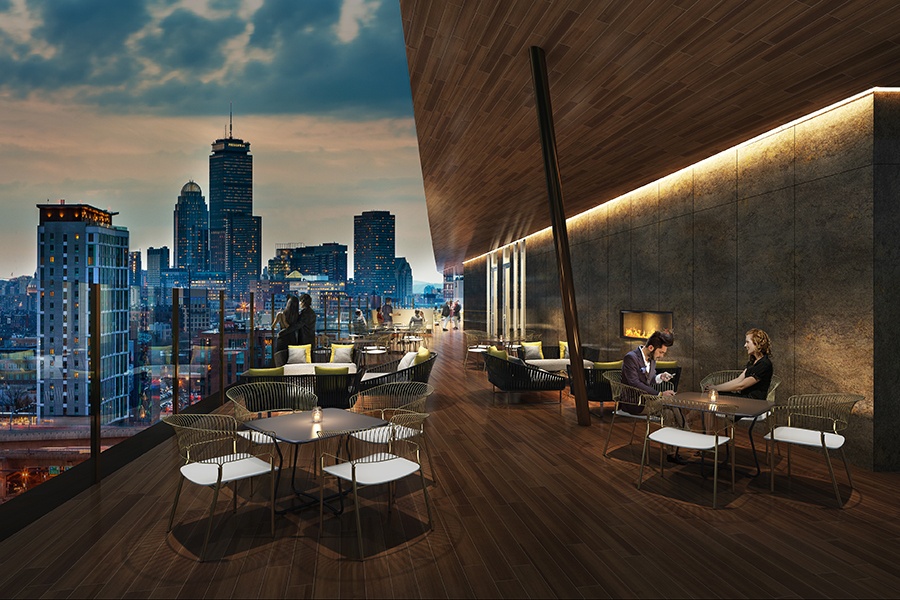 Six West Rooftop Bar and Lounge will open this summer at the Cambria Hotel Boston. / Rendering via RODE Architects

As if we needed another reason to anxiously await the arrival of warm weather, here are some more details on the rooftop lounge headed for an under-construction hotel in South Boston: Boston Nightlife Ventures will run the culinary program at the Cambria Hotel, BNV president Euz Azevedo says. His company, which owns the South End cocktail bar Wink & Nod, among other projects, is now focused on opening Six West at the 14-story, boutique hotel, in June.

Six West at the Cambria Hotel will have “unbelievable views of Boston” from the large, rooftop deck, Azevedo says. On the first floor, the Six West lobby lounge will have “a speakeasy look with a library feel,” and a live-entertainment license, according to Meyer Jabara Hotels. The Cambria is Meyer Jabara’s second property in Boston, following the Copley Square Courtyard Marriott. RODE Architects is doing the hotel and restaurant’s design; the Boston-based firm is behind the look of Southern Proper, SRV, Coppersmith, La Brasa, and more local spots.

The latest Boston Nightlife venture is called Six West for the property’s address; the Cambria is going up on the corner of West Broadway and Dorchester Ave., right across from the Broadway T stop.

“[It’s] very busy here at BNV,” says Azevedo, whose company also owns Southern Kin, a roadhouse-inspired spot at Assembly Row. Ripasso, by former Sage chef Tony Susi, is in the final week of its residency at Wink & Nod. The rustic Italian concept ends Saturday, March 30, and a new culinary program will begin April 1, Azevedo says. It will be Wink & Nod’s 11th chef pop-up, following in the footsteps of such hits as Whisk by chefs Jeremy Kean and Philp Kruta (who are now behind Jamaica Plain’s Brassica Kitchen); Bread & Salt Hospitality by chef Josh Lewin and Katrina Jazayeri (proprietors of Somerville’s Juliet, and the anticipated Peregrine café in Beacon Hill); and Indonesian street food favorites Kaki Lima, by chef Retno Pratiwi and Peter Gelling.

BNV recently closed its quick-stop Griddler’s Burgers and Dogs, and also shuttered a Freedom Trail pub, the Tap Trailhouse; and a short-lived spot called Certified Meatball Company in the past year. “We sold [Griddler’s and Tap Trailhouse], as part of a new corporate business model to get rid of the smaller operations [in favor of] bigger concepts,” Azevedo adds. The hospitality group has a number of projects in flux right now: In 2015, BNV took over the restaurant space next door to Wink & Nod, and now plans to open another Southern Kin Cookhouse there (1 Appleton St.), Azevedo shares today. The company is also considering new plans for 429 West Broadway, the former home of Certified Meatball Co.

“That’s last for us,” Azevedo says. “The biggest challenge there is to obtain a full liquor license, which was something that definitely hurt [Certified Meatball Co.] a bit.”

Stay tuned for more details on these projects—but in the meantime, visit Wink & Nod this week for a last bite of Ripasso’s hand-rolled pastas, pan-roasted lobster, and more Italian flavors. Boston magazine has requested more information about Six West rooftop lounge and bar headed for Southie, and we will continue to keep an eye on all of BNV’s ongoing projects. 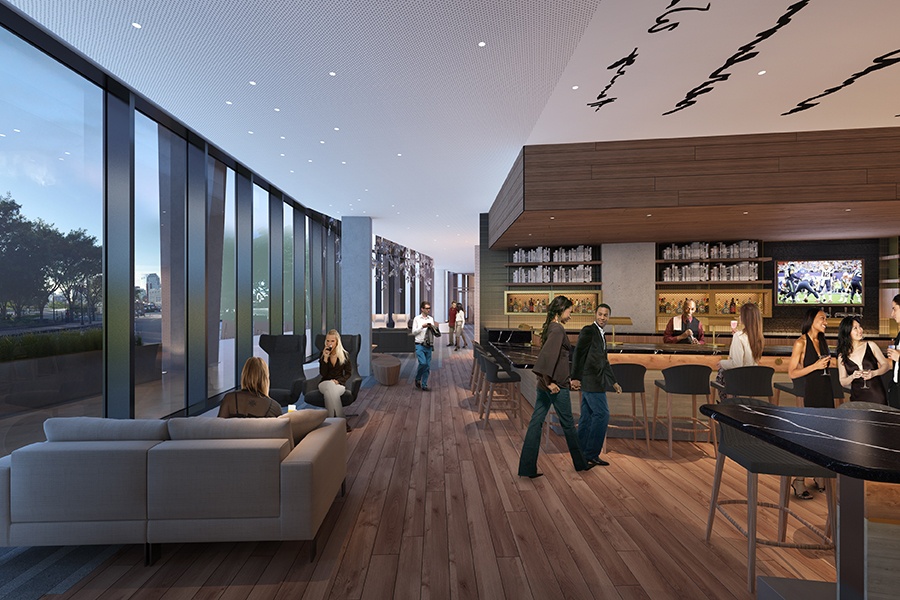 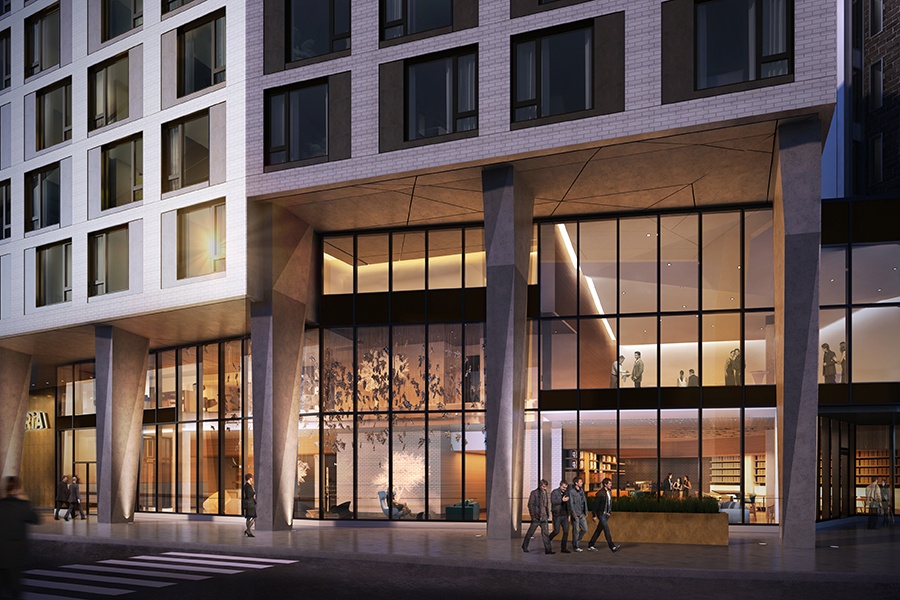