The North End native is known for Italian flavors at Capo, and the late, great Sage bistro. 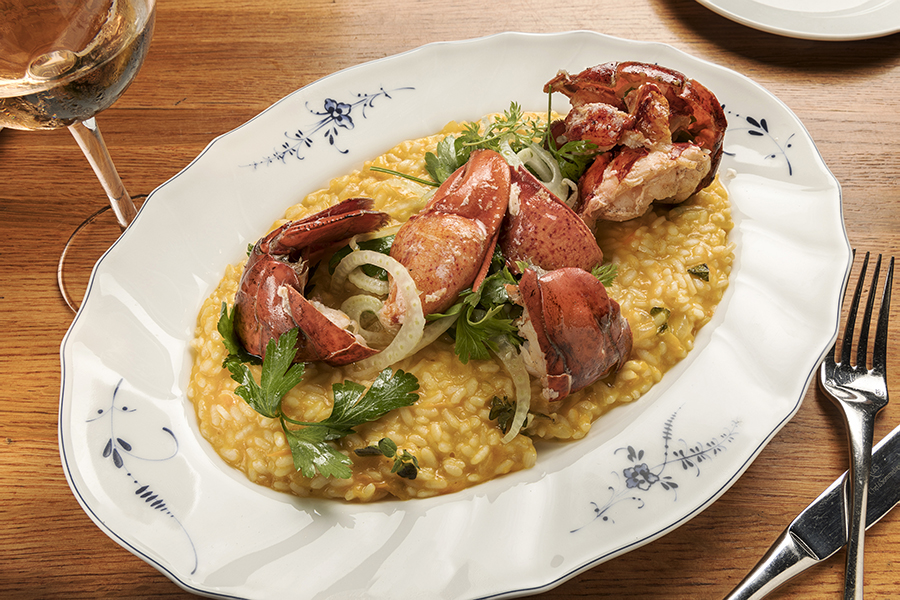 Tony Susi’s handmade pastas are heading back to the South End. Nearly a decade after the chef closed his beloved bistro, Sage, Susi will be taking over the kitchen at Wink & Nod later this month with a new trattoria called Ripasso.

The name means “to revisit,” and indeed, Ripasso will recall some of Susi’s greatest hits. A North End native, he debuted Sage in his neighborhood in 1999 to immediate acclaim thanks in part to pillowy gnocchi, al dente risotto, and a keen hand with game meats.

Ripasso, billed as an Italian pub, brings back some of those dishes, updated for the modern and sophisticated South End. Among the pastas will be Susi’s squid ink casarecce with octopus, Amatriciana sugo, and breadcrumbs; and potato gnocchi with basil butter and late-season cherry tomatoes. Like all Wink & Nod menus, it will also offer a section of shareable small plates, entrees, and desserts—check out the opening menu below.

Susi’s cuisine will be paired with an updated beverage program. The fall and winter cocktails will incorporate Italian flavors and spirits like grappa, Campari, and amaretto, with several new Italian wine selections to choose from as well.

Susi is the 10th chef to take the helm at Wink & Nod. With a new concept in the kitchen every six months, the innovative culinary incubator program has helped talented upstarts like Jeremy Kean and Philip Kruta (who now co-own Brassica Kitchen) and Josh Lewin and Katrina Jazayeri (who have subsequently launched Juliet) toward opening their first places; and has also served as a creative playground for chefs-in-transition, like Retno Pratiwi of Kaki Lima, and current resident Louis DiBiccari. The former Tavern Road toque has been whipping up hummus and more meze as Humaari since March, but for his next move, he’ll open a brick-and-mortar version of his Create food and art festival at Bow Market.

Before buying Sage on Prince Street, Susi cooked at North End landmarks Davide and Mamma Maria, and also worked for Todd English. Sage earned Boston’s pick for Best New Restaurant in 2000, and landed on Gourmet’s national Top 50 list the next year. In 2008, Susi moved Sage to the South End, and it closed the next year. After moving to New York, then consulting for a few years on local restaurants including Tavern Road and Pastoral, Susi was the opening chef at Capo South Boston in 2015.

There are just a few more dinner services left to try Humaari by chef DiBiccari; Ripasso debuts on Tuesday, Sept. 18. 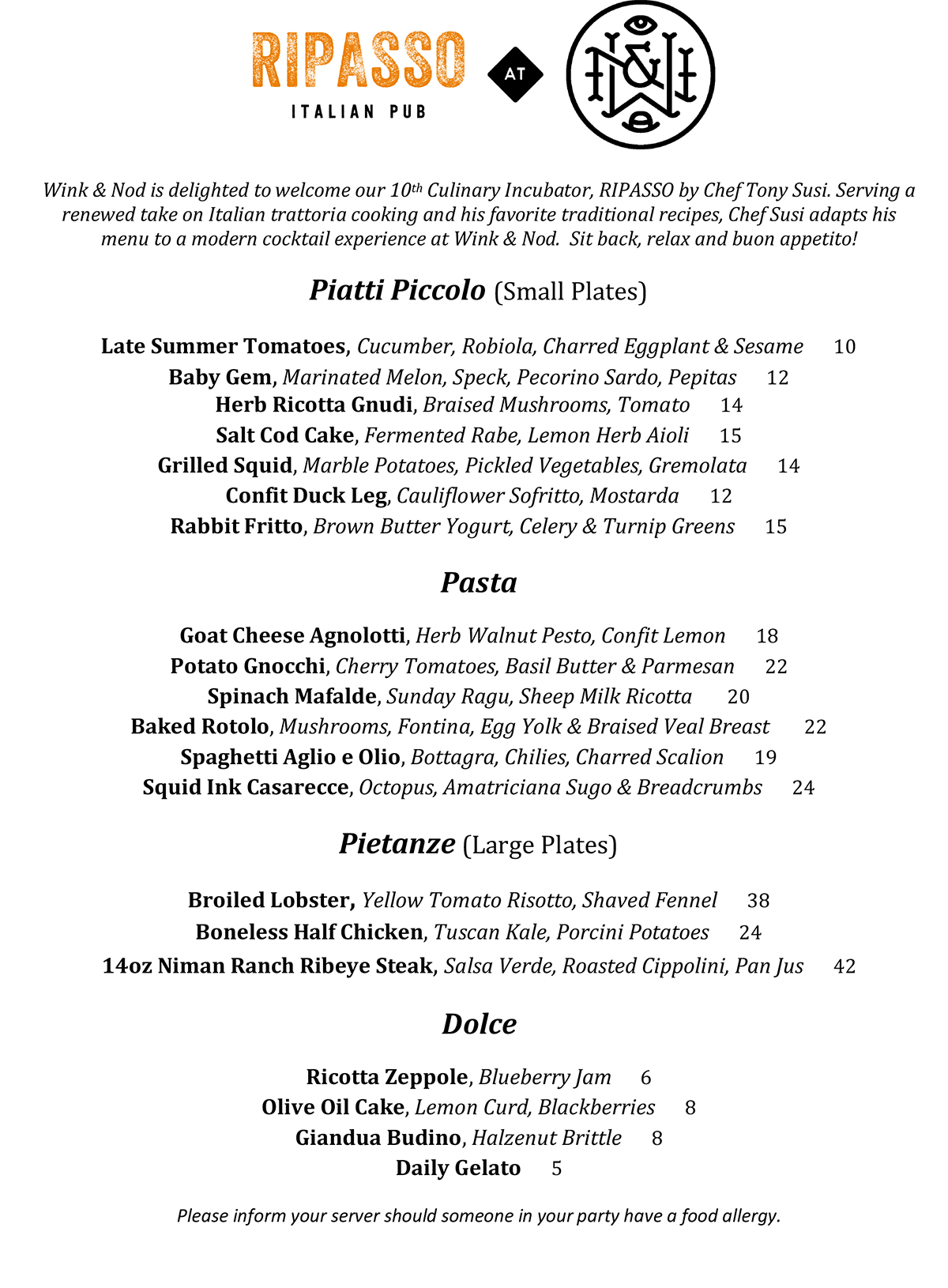 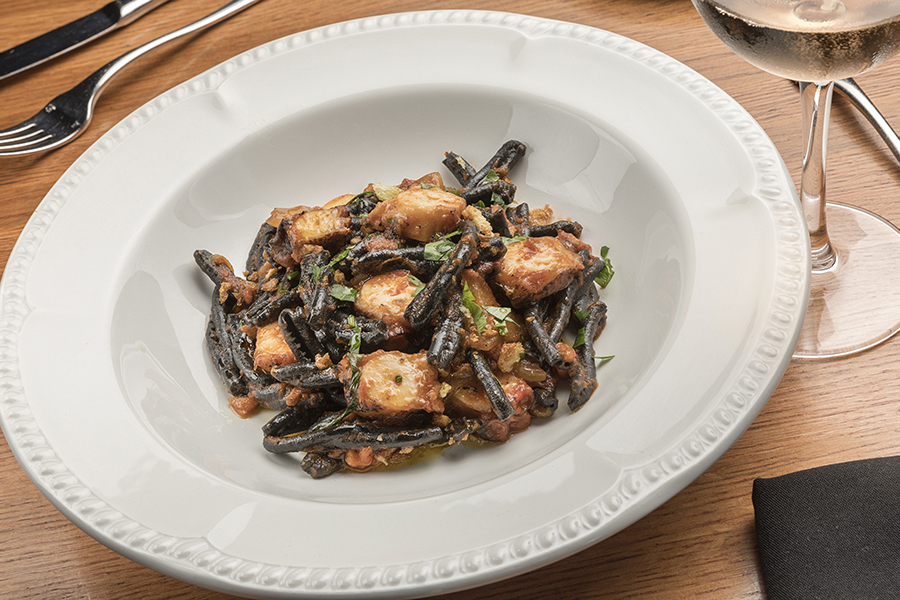 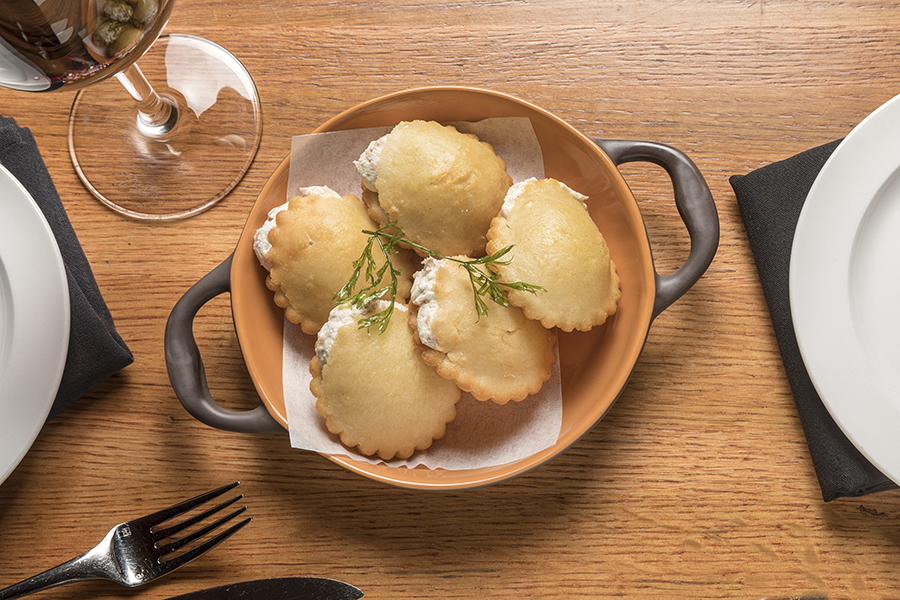 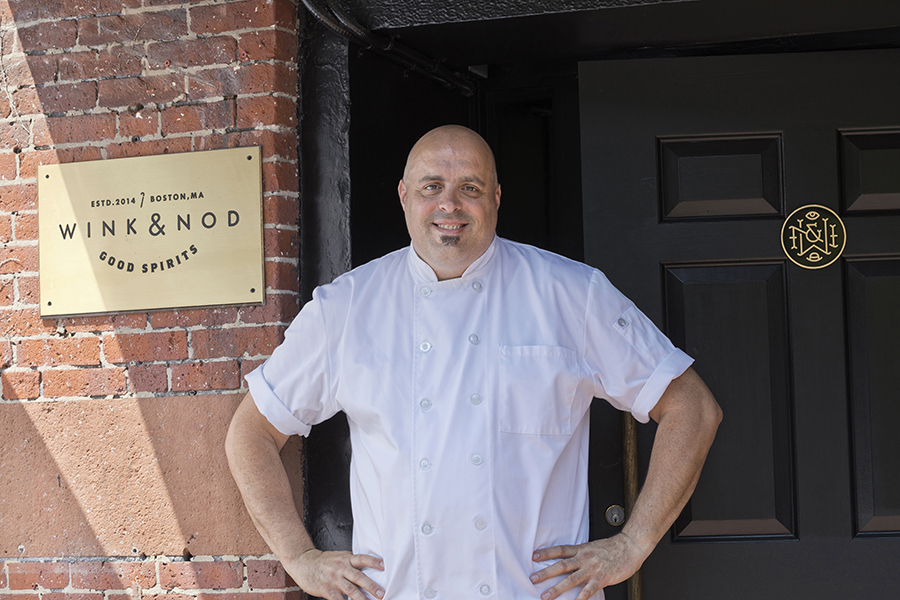