The new lounge brings even more inspired music and an elevated menu of snacks and drinks to the Fenway izakaya. 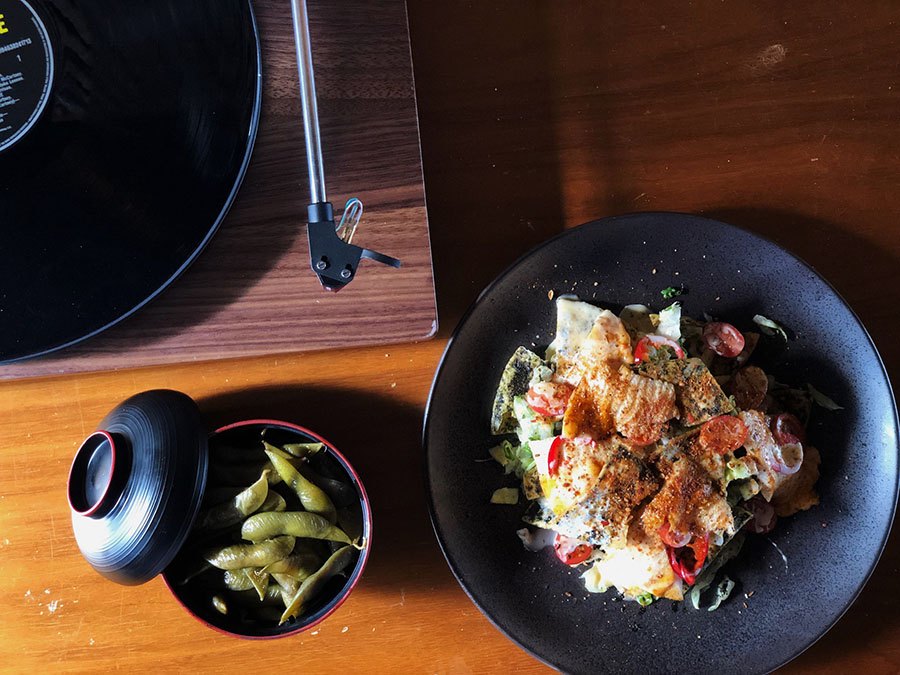 Play your favorite records alongside drinks and snacks at the Groove at Hojoko. / Photos by Stephen Martino

There’s nothing quite like the bright, delicious energy of a night out in Tokyo—but it’s a welcome respite to duck into a small, chill vinyl lounge, where the person behind the bar is not only making a perfect highball, but is also spinning an analog playlist of their own music. The underground record bar scene is well-known in Japan, and is finally making rotations on the American cocktail scene thanks to cool spots like Michael Scelfo’s Longfellow Bar in Cambridge, Tokyo Record Bar in New York City, and MTN in Venice, California.

Now, Boston’s premier rock ‘n’ roll izakaya is getting in on the vibe. The Groove at Hojoko opens on Friday, April 19, with a curated record collection, live music programming, and an elevated menu of snacks and drinks from the Hojoko team.

“Going to a record bar in Tokyo is one of the most quintessential bar experiences you can have,” says Alyssa DiPasquale, advanced sake professional and the communications director of Cushman Concepts, which also owns O Ya in Boston and NYC.

“You walk into these tiny, bespoke bars, and the bartender is also spinning his own vinyl collection that’s [on a shelf] behind you,” she continues. “It feels super laid back, wicked comfortable, the music is on point for the vibe, and you can get really delicious cocktails. We’re bringing it here to Boston.”

The Groove takes over Hojoko’s covered, heated, “front porch,” an area previously used for open-air dining and private events. The space got a makeover by Elkus Manfredi designers into a lush, 1970s-esque lounge, with upgrades like a motorized system to easily open and close the windows, and new drink rails installed around the periphery.

Of course, the room has a turntable now, made by Woburn audio company U-Turn. DiPasquale enlisted the help of local music pros like Matt Pooler, of In Your Ear! Records; the legendary George “7L” Andrinopoulos, now of Bow Market’s Vinyl Index; DJ Ryan Brown, and the teams at Nuggets and Newbury Comics to curate a collection of funk, soul, rock, jazz, and disco records, with an ear for Boston musicians. “Everything is specific to the vibe of this place,” she says. 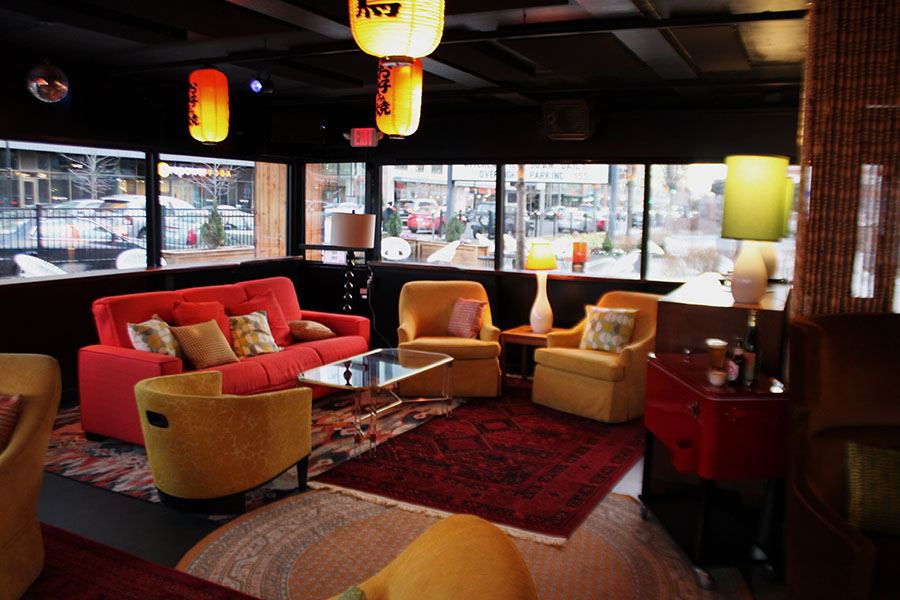 The Groove Lounge at Hojoko. / Photos by Stephen Martino 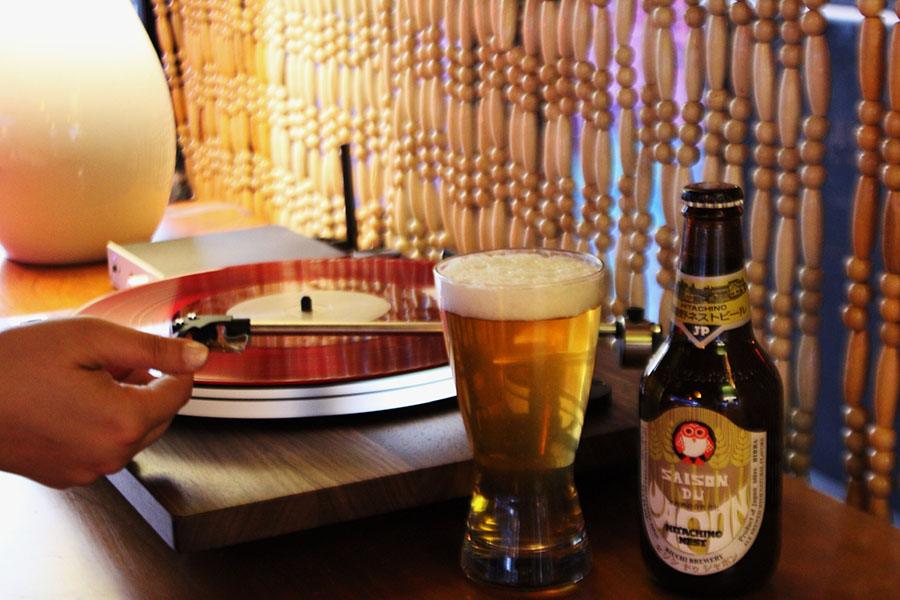 The vinyl will be put to good use by guest DJs and the Groove team, and there will also be bring-your-own vinyl nights. But the lounge will have a robust calendar of live music programming.

“This whole neighborhood [of Fenway/Kenmore] has been committed to music for a really long time,” DiPasquale says. So has Hojoko and its landlord, the Verb Hotel; Hojoko’s Ichiban Saturdays series continues to grow. The restaurant has hosted touring bands like Shonen Knife, and even a pop-up by New York’s Tokyo Record Bar. “The Groove is going to be a really intimate version of what we offer [in the main bar],” DiPasquale says.

It all pairs with a cool by-the-bottle sake list, wines by the glass, and “baller Champagne,” including 2008 Cristal. Bartender Daren Swisher is also creating a highball menu.

The Groove kicks things off on Friday, April 19, with a new live music series called “Ones 2 Watch,” this year’s installment of Hojoko’s annual collaboration with the Boston Music Awards. The April calendar features Thursday night sets by Pooler, aka DJ Catalyst; Sunday afternoon sets with the Berklee Artist Development Club, BYO-vinyl and themed playlist nights, and more. Follow show updates via @hojokoboston. All events will be free and first-come, first-served. The Groove is also available to rent for private events. Beginning April 19, it’s otherwise open nightly from 5 p.m.-2 a.m. 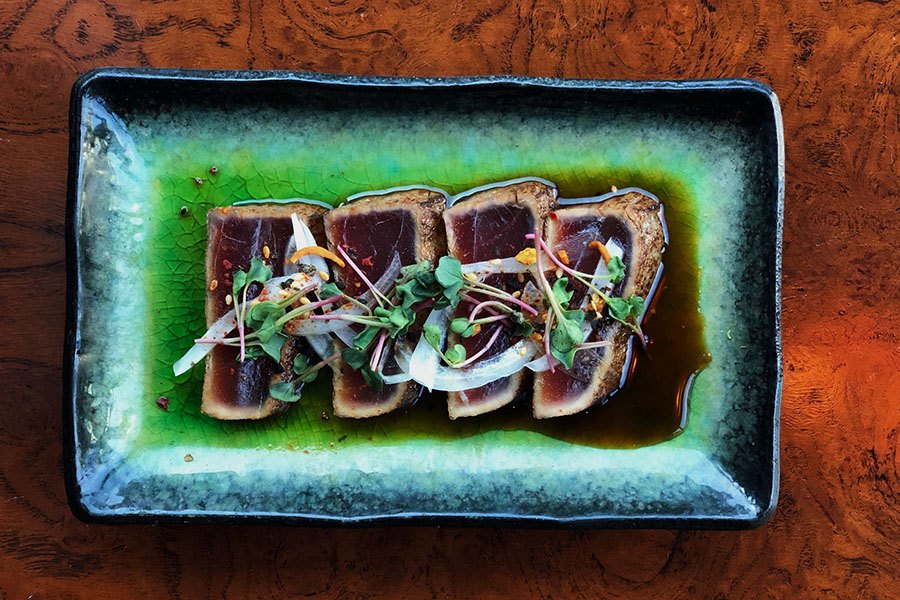 Tuna tataki at the Groove at Hojoko. / Photos by Stephen Martino 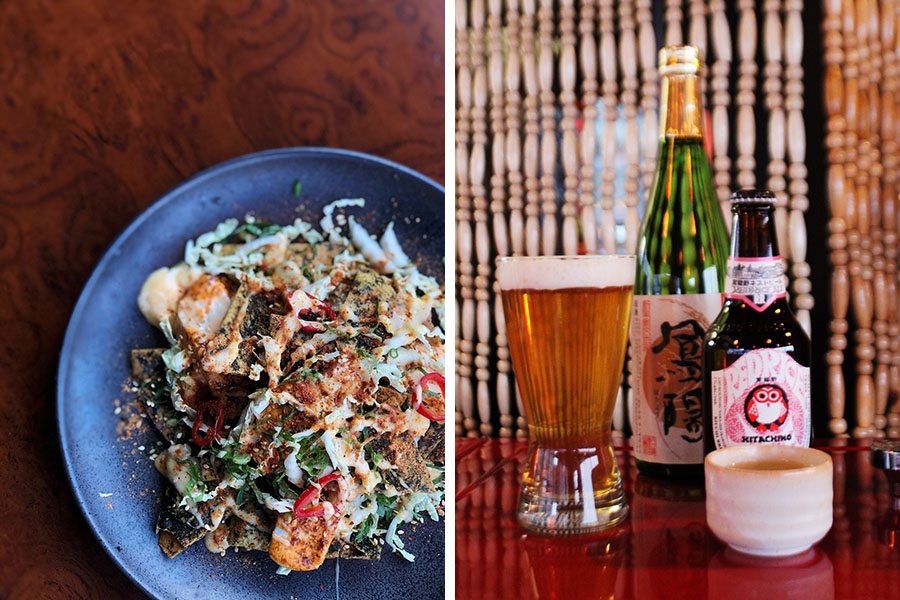 Hamachos and beverages at the Groove at Hojoko. / Photos by Stephen Martino