GreCo Also Has a Downtown Crossing Location in the Works

The Newbury Street gyro shop will expand to the Seaport, and a historic site in downtown Boston in 2019. 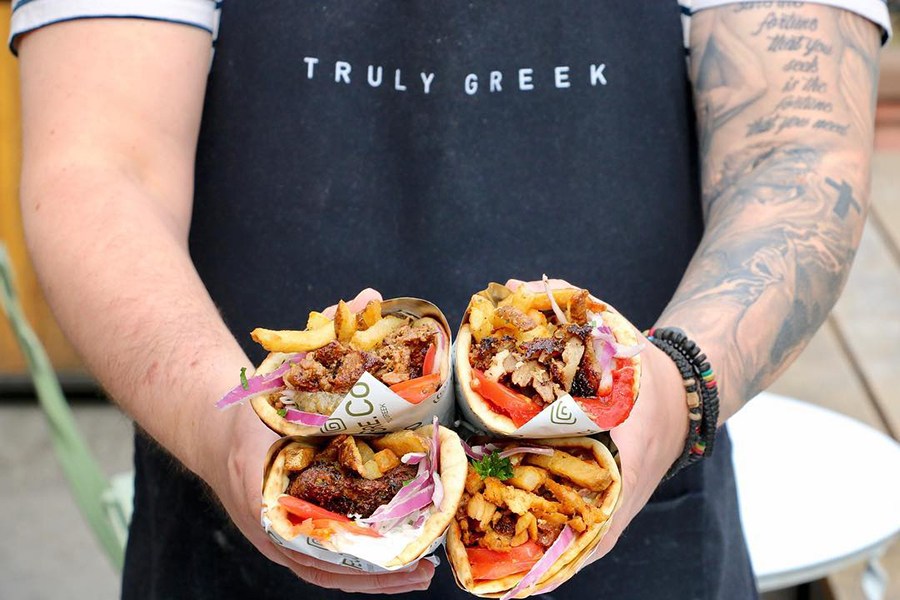 Classic gyros like these and more will be on the menu at GreCo in Downtown Crossing. / Photos courtesy of GreCo

The downtown Boston lunch scene is going Greek this fall. GreCo, a fast-casual gyro shop on Newbury Street, is headed for a prominent corner of Downtown Crossing, taking over part of new construction at One Milk Street.

It will actually be the third location of the Best of Boston award-winning GreCo, as partners Stefanos Ougrinis and Demetri Tsolakis are also building an elevated, waterfront location at Pier 4. The Seaport restaurant is on track to open this summer.

GreCo debuted in 2017 on Newbury Street, with a “truly Greek” menu of pita-wrapped gyros, made with thinly sliced, roasted proteins such as lamb, chicken, and pork-and-leek loukaniko sausage; plus house-made dips like tzatziki, spicy feta, Greek fava; hand-cut fries, farm-sourced vegetables, and popular loukoumas (Greek-style doughnut holes). The Seaport location is seeking a beer and wine license, but Newbury Street and Downtown Crossing just do soft drinks, including Greek-style frappes. Among these menu items, both new locations of the mini-chain will debut a vegan-friendly mushroom gyro when they open this year.

The rustic woods, whitewashed brick, and weathered tiling of the original GreCo is evocative of a small sandwich shop you might find in Greece. Tsolakis, who is also an owner of hip Seaport meze bar Committee, and Ougrinis aim to bring meraki—the Greek notion of pouring your soul into your work—to all their restaurants, and they’re excited to extend that to a historic Boston site: The development at the corner of Milk and Washington streets, One Milk Street encompasses the Transcript Building, one of the last remaining properties on what was once known as Newspaper Row, and the Franklin building, where Benjamin Franklin was born. GreCo is taking over a 2,600-square foot space, amidst 9,000 square feet of ground-floor retail development.

“The addition of GreCo to One Milk Street fills that need and adds a dynamic restaurant amenity for both the tenants of the building and neighborhood visitors,” Midwood Investment and Development CEO John Usdan said in a press release.

GreCo is eyeing a fall 2019 debut in Downtown Crossing, and a June opening in the Seaport. Craving loukoumas now? Head to Newbury Street: Through the end of May, the O.G. GreCo is collecting proceeds from the new Lady Marmalade variety—topped with fig marmalade, yogurt mousse, and toasted almonds—to donate to the Yellowhammer Fund to support women seeking abortion care in Alabama. 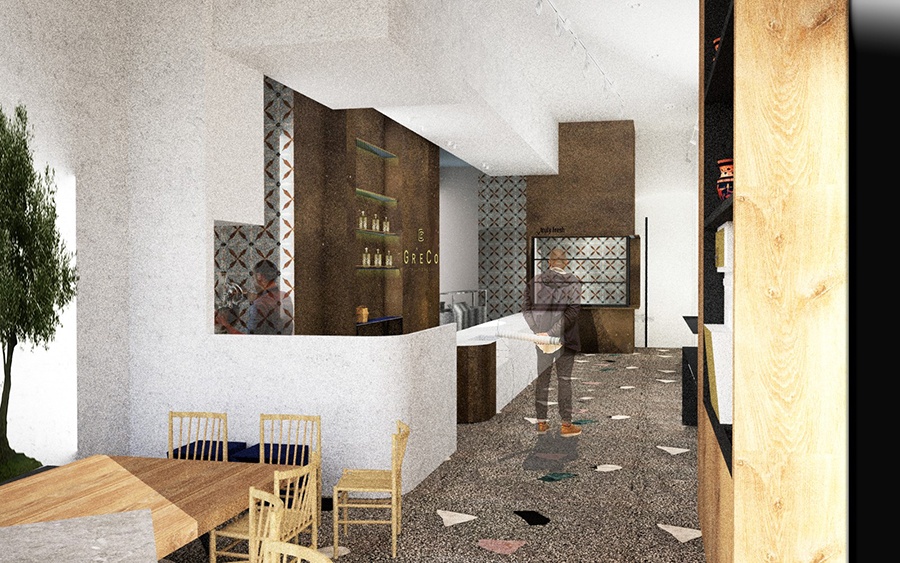 Rendering of the GreCo restaurant headed for One Milk Street. / Rendering Photos courtesy of GreCo 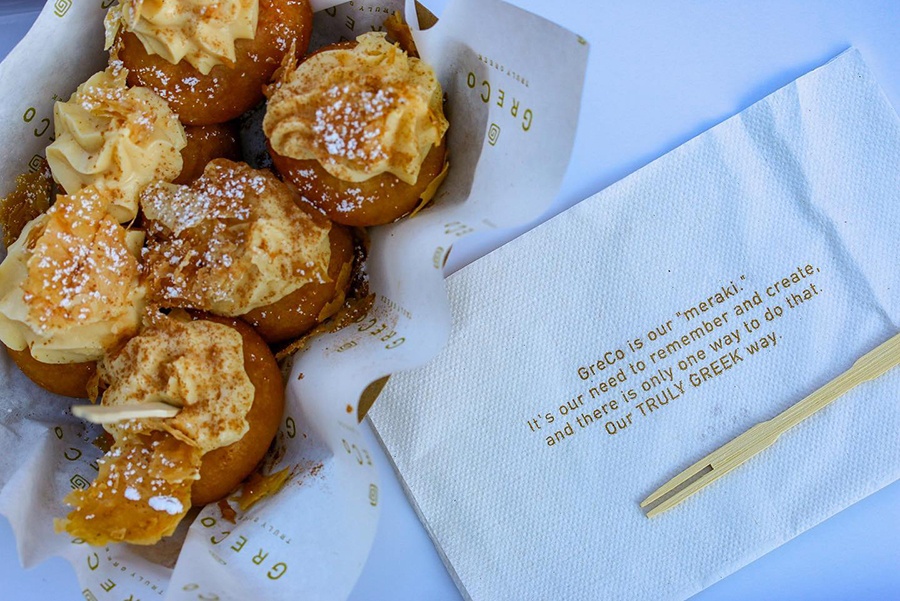