Kirkland Tap & Trotter Will Close After Service on Saturday

Chef Tony Maws has made the decision to shutter his Somerville neighborhood restaurant. 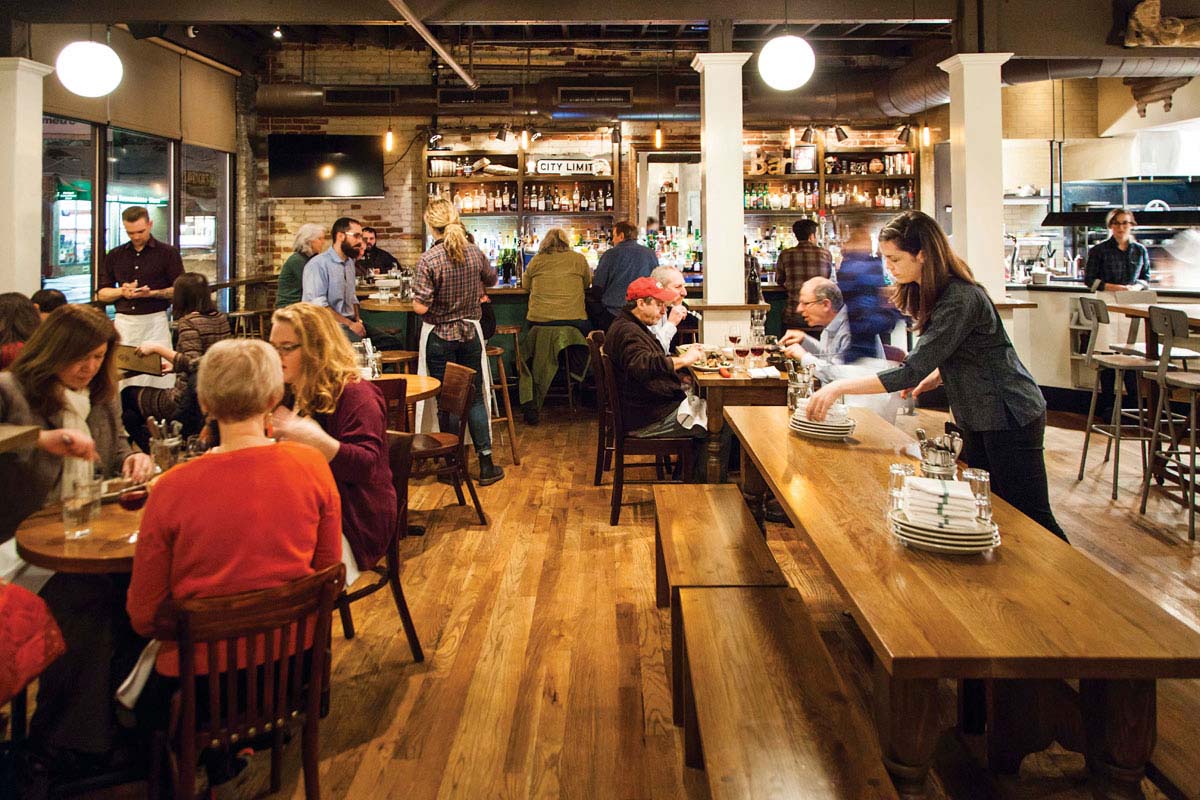 In his 17 years of owning restaurants, chef Tony Maws did something today that he’s never had to do before: He had to tell his staff that doors were closing for good. Kirkland Tap & Trotter, his Somerville neighborhood-grill, will permanently shutter after service on Saturday, July 20—just two months shy of its sixth anniversary.

“I can’t imagine any circumstance breaking that news to a group, but it’s especially hard with this group, knowing they care so much about that place,” Maws says, noting the team has “rallied” around his current all-star general manager, Jessica Gooch, who’s held the role for more than a year. “Our staff thinks of her, as do I, as just a really tremendous leader. … When she came on, I knew that I was going to have to spend a lot more time at [recently revamped] Craigie on Main, and I had to trust that place to someone, and we got really lucky.”

Maws declines to get into the specifics that led to the decision to close Kirkland. “You don’t open a restaurant hoping you’re going to close it, but everything about this crazy industry is in flux right now, and that’s just where it’s at,” Maws says. “It’s really, really challenging [to open and operate a restaurant]. I’ve been lucky to do what I do and deal with those challenges around the way, and we were just less fortunate.”

He does say that the closing has absolutely nothing to do with Craigie Burger, the new concept he opened earlier this month at Time Out Market with business partners Michal Leviton and Nick Zappia; nor does it have anything to do with Craigie on Main, his tasting menu-focused restaurant in Cambridge that we just crowned “Best of Boston” for General Excellence.

Kirkland Tap & Trotter debuted in September 2013, as a family-friendly, casual, neighborhood bar between Somerville’s Union and Cambridge’s Harvard squares, close to other local favorites like Bergamot and Dalí. It’s an area that Maws, a Newton native, knows well: As a child, a Somerville family watched him regularly while his parents worked. “I’m glad I was able to contribute to everything that’s happening in Somerville, and that part of the neighborhood in particular,” he says.

Unlike Craigie and its first-generation predecessor, Craigie Street Bistrot, Kirkland was never meant to be a fine-dining restaurant. It was always neighborhood-focused: serving kids for free on weekday evenings, opening up during snowstorms, hosting a number of No Kid Hungry fundraisers over the years. It always showcased the James Beard Award-winning Maws’ nose-to-tail philosophy, though, with house-made sausages and a signature Monday night hot dog series, as well as more rustic plates grilled up over live wood fire. The bar program at Kirkland was well-known for a great selection of craft beer and wines by the glass, as well as cool cocktails.

“There are so many people who have been so fond of this restaurant,” Maws acknowledges. “I don’t want to make it bigger than it is; we’re not talking about death here, we’re talking about a restaurant. But people do become emotional about places they’ve spent a lot of time in and where they’ve made memories, and we are fortunate to have a lot of people. If they wanted to come by and share a memory or make one last one, I would love it, and that’s what we’re able to do tonight and tomorrow.”

It will be business as usual at Kirkland Tap & Trotter through 1 a.m. on Saturday (the kitchen closes at 10:30 p.m.), and the beer will be cold.