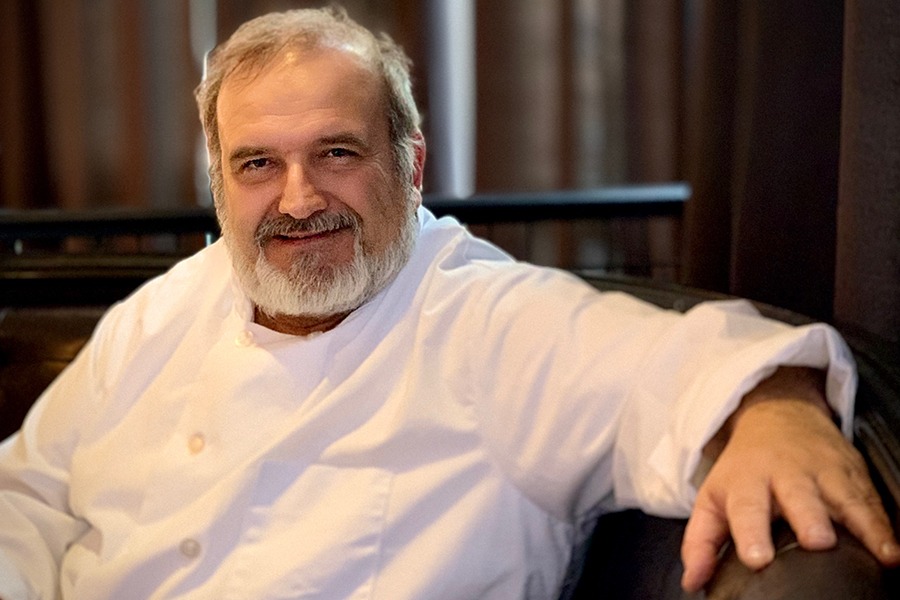 Since closing Erbaluce after New Year’s Eve, chef Charles Draghi has been consulting on projects and is now cooking nightly at Cinquecento in the South End. / Photo by Chris Glionna

As white truffle season sets in, we find ourselves really missing Erbaluce, which closed on New Year’s Day. The Piedmontese restaurant was a festive mainstay for Italian truffles, which chef Charles Draghi sourced annually from his ancestral homeland of Alba. So we’re delighted to learn that Draghi has landed his first longterm chef job since shuttering his own restaurant: He’s now leading the kitchen at Cinquecento—and conveniently, the South End trattoria is in the midst of its own annual truffle fest through November 17, featuring among the specials one of Draghi’s best-loved dishes, tajarin.

An eggy tagliatelle pasta with a duck egg and white truffles shaved table-side, tajarin is a classic Piedmontese recipe. Cinquecento has a Roman-inspired trattoria menu developed by Aquitaine Group chef-founder Seth Woods. Though that cuisine is different than what Erbaluce served, Draghi is taking a similar approach.

“I wasn’t doing Roman dishes, per se, at my restaurant—but if I was I would execute them the way I am here,” he says. “There is balance to it. There’s really good vegetable appetizers, then there are some pastas that are rich, some pastas that are light. Almost everything is handmade here, so I can watch the textures [of the pastas]… Then there’s really good quality fish and meat, and it’s all simply done.”

Draghi hasn’t changed much on Cinquecento’s menu, but he is bringing some ingredients and techniques over from his Erbaluce days. The tajarin, for example, was a seasonal special at the bygone restaurant. Draghi is also now curing guanciale in-house, instead of buying it, to add richness to Cinquecento’s carbonara; and he plans to move his special spaghettoni all’amatriciana to the regular menu, once he nails his desired thickness of the house-made noodle.

The chef has long been a fan of Woods and the restaurant group he operates with partners, which also includes Metropolis, two Gaslight Brasseries, and three Aquitaine locations. “This place is jamming all the time, and their other properties are, too,” Draghi says. Before Woods called Draghi, Grill 23 alum Brian Kevorkian was leading the Cinquecento kitchen; the Aquitaine Group has promoted him to assist at their other locations. “When you have a successful group like this and you want to keep expanding, it’s difficult to find good help.”

Draghi has committed to one year at Cinquecento, and he may have an opportunity to stay on longer, he says. Since closing Erbaluce, his partner, Joan, has joined the office of a local catering company, and the chef has been consulting on a variety of local culinary projects. He is in talks with an Italian instructor interested in opening a culinary school in Boston, Draghi shares. The project is a ways down the road—they’re just exploring the licensing process—but the vision is for a training school on par with New York’s lauded Culinary Institute of America, but which also teaches students about health, nutrition, and sustainability.

Since shuttering Erbaluce, he has been approached by potential investors who would like to see him open up his own restaurant again. But at the moment, Draghi is content to work for the Aquitaine Group. “I see how hard it is to be staffing, licensing, and everything else. Liquor licenses are ridiculously expensive. I guess I have a little PTSD from it all,” says Draghi, laughing a little.

“I do miss cooking for a lot of my regulars,” he adds. Draghi is now in the kitchen at Cinquecento most nights. 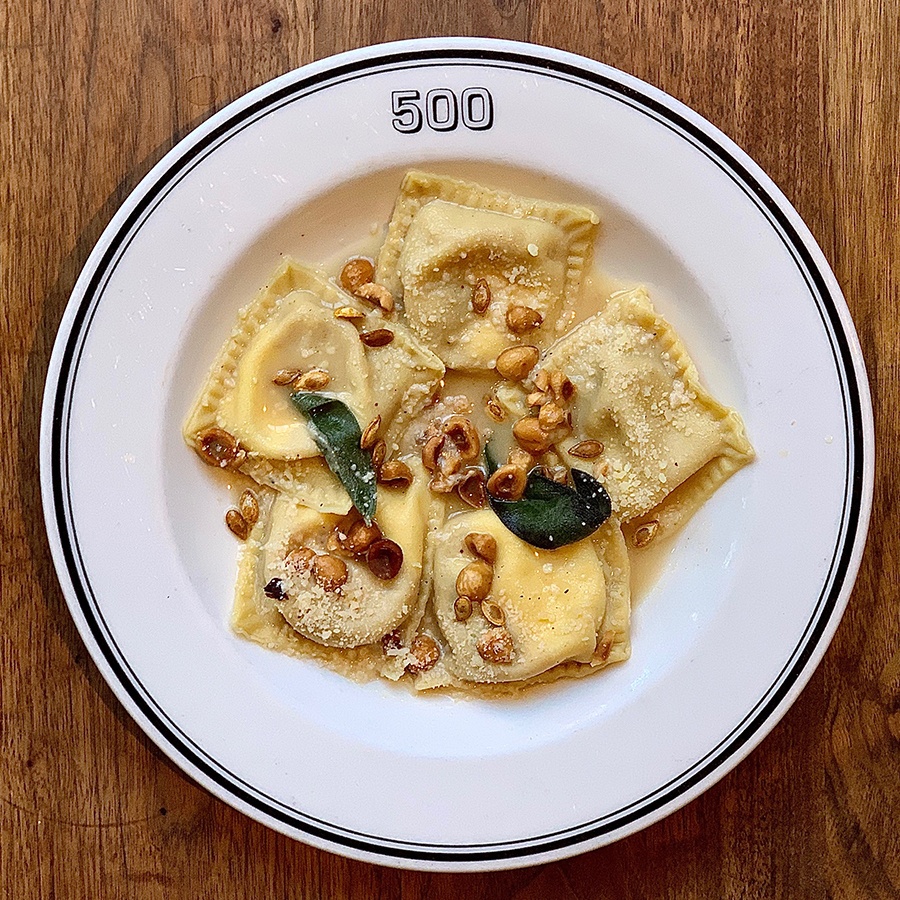 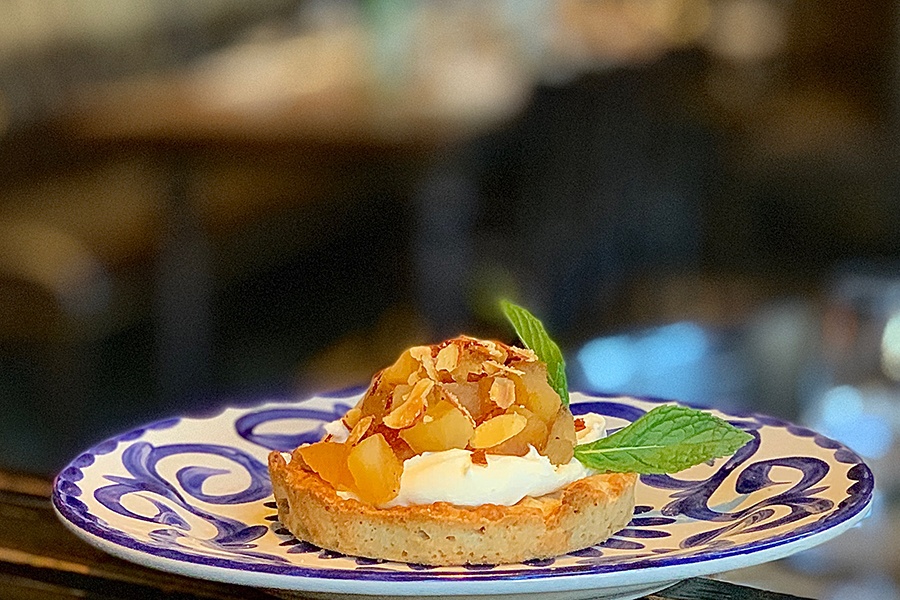 Apple and almond crostata with almond cream at Cinquecento. / Photo by Chris Glionna 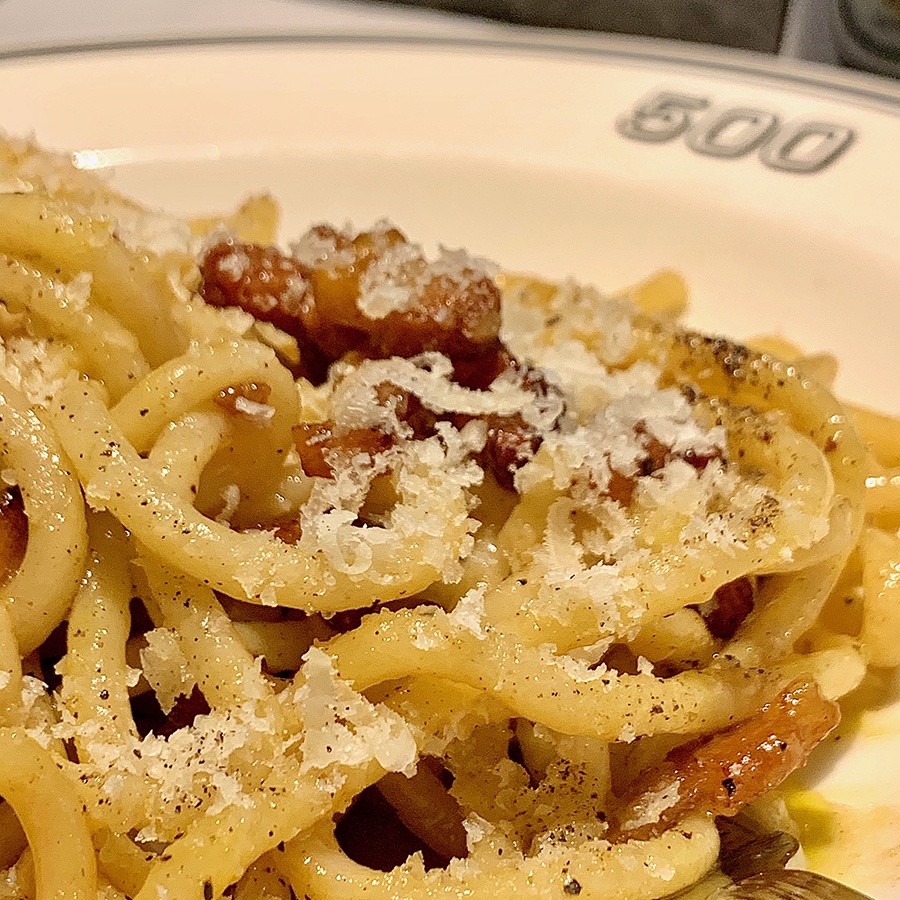