The new contract-brewed company launches its "Baby Dictators" can series, featuring anti-Trump protest art, at a party in Dorchester. 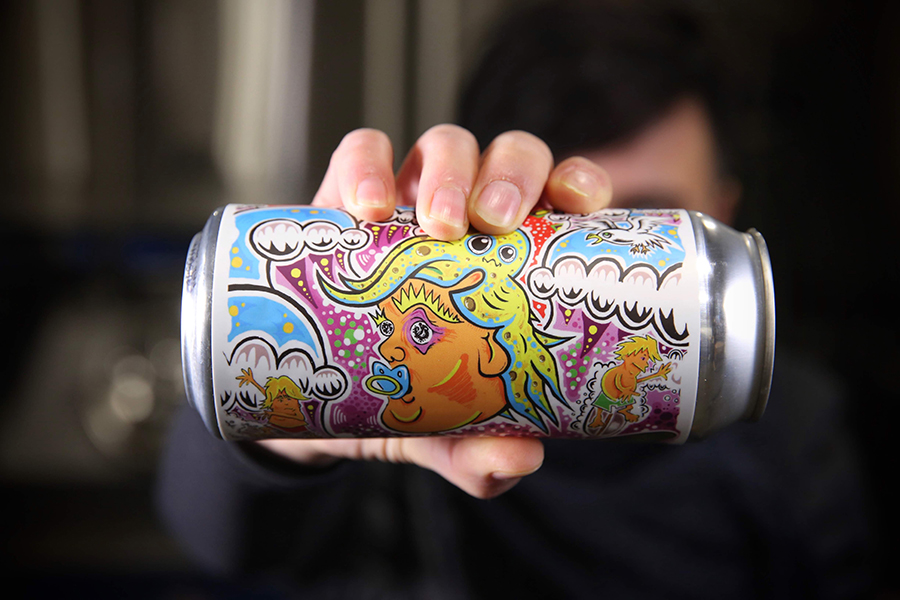 The unorthodoxy of the Donald Trump presidency has led to a lot of historic moments over the past few years, but it was a relatively minor incident this past fall that resonated with Ben Holmes—and which has set the course for the Aeronaut Brewing Company cofounder’s new effort, FAB Beer. One day, Holmes was in a Cape Cod studio with Massachusetts artists Adam O’Day and Andy Jacob, working on labels for some new brews for Aeronaut. Then he heard the news that a pro-Trump supporter popped a “baby Trump” balloon that was set up to protest the president’s visit to Alabama. The creative collaborators decided then and there to “make a statement about hate and destruction not being an effective way to send a political message,” Holmes says, using their preferred communication tools: Beer, and art.

And so, FAB Beer was born. A collection of beers that Holmes is creating “for the sake of art and activism,” FAB stands for “fermentation arts brasserie,” and its beer portfolio will encompass “a collection of projects that will involve art, music, and activism.” The brews are designed by Holmes, brewed at Dorchester Brewing Company, and being distributed by Craft Collective around Massachusetts, Maine, and Rhode Island. Holmes hopes FAB will have its own brewery and taproom someday soon—but you can also get a taste when his team bring the first two beers, along with interactive, 3D-printed art, to a big New Year’s Eve party on Tuesday, Dec. 31 at Dorchester Brewing Company.

These debut beers are part of FAB’s first mission-oriented series: the “Baby Dictators Project,” a response to that aforementioned popping incident. Featuring exclusive can art depicting oppressive leaders as infants, the Baby Dictator beers have backstories that reimagine “better childhoods” for global tyrants, Holmes explains. “We’re taking a weird, positive spin on protest art,” he says, laughing a little. “Wouldn’t it be good if people were supported better as babies so we didn’t have to deal with them later in life?”

The first two FAB beer brands are both IPAs: Squid Pro Quo, with a label design by Jacob; and Balloon Factory, featuring art by O’Day. Both labels center on Trump, as they were conceptualized that day of the protest pop. FAB plans to invest profits from the beers to fund the creation of new protest balloons that can be sent to future rallies. 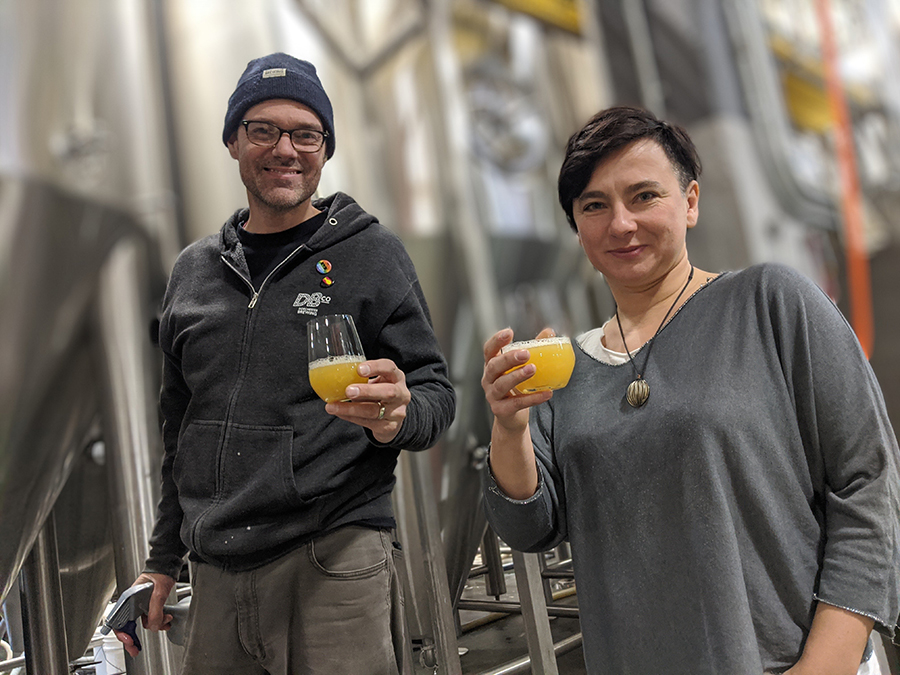 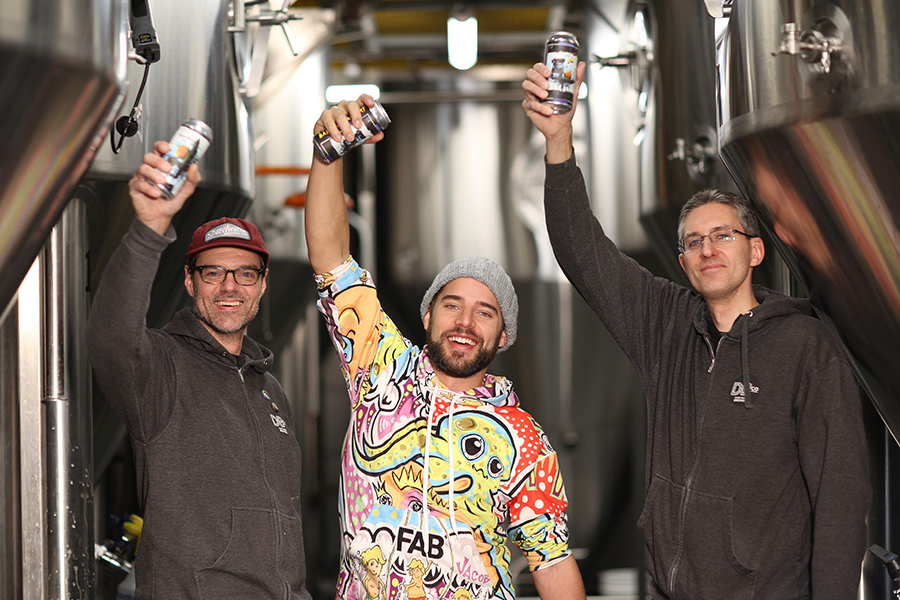 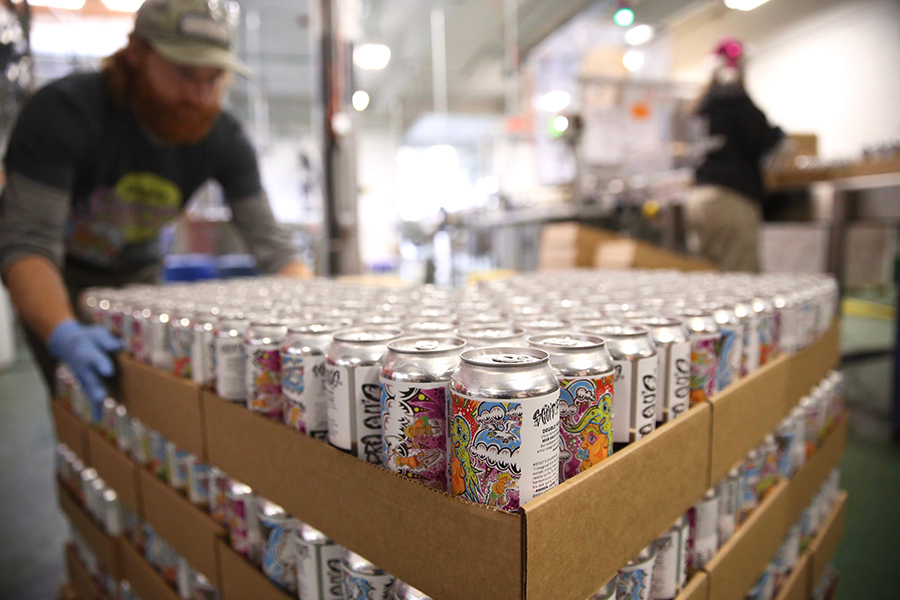 “The idea was to create a brewery to commission a hundred ‘baby Trump’ balloons, each by a different artist, to replace the one which was destroyed many times over,” Holmes says. “We’re on a mission to brew beers which are created for the central purpose of supporting the arts and encouraging activist change.”

“We’re going to build a new balloon—we’re actually going to build quite a few of them, and they’re going to be at every rally that we can get them to in 2020. The idea that we could build a brewery that would do that was the was the driving concept for this,” Holmes says, and it’s just the beginning.

Holmes, meanwhile, recently abdicated his role as CEO of Aeronaut Brewing Company, which he cofounded in 2014 with Ronn Friedlander and Daniel Rassi. He still has an ownership stake in the company, but he’s no longer involved in its operations, he says. Now, Holmes is focused on FAB Beer, and finishing his computer science PhD at MIT. Holmes is part of David Gifford’s lab at the institute, and his PhD research is focused on artificial intelligence and machine learning.

“I feel like the two things are happening in the world right now: Technology and artificial intelligence are changing the world, and dictators are rising all over the place,” Holmes says. With the Baby Dictators project, and the 3D-printed protest balloons the FAB crew will create on New Year’s Eve, his research and his beer company intersect, he says.

“We’re on a mission to brew beers which are created for the central purpose of supporting the arts and encouraging activist change,” Holmes says. And it all began with a single balloon popping: “I was like, ‘I’m starting a brewery. We’re going to fix this. We’re going to build a new balloon—we’re actually going to build quite a few of them, and they’re going to be at every rally that we can get them to in 2020.’ The idea that we could build a brewery that would do that was the driving concept for this,” Holmes says, and it’s just the beginning.

Holmes is currently exploring potential locations in Somerville, he shares, and he hopes to open a brick-and-mortar presence for FAB Beer within a couple years. For now, stay in touch with FAB at fab.beer. 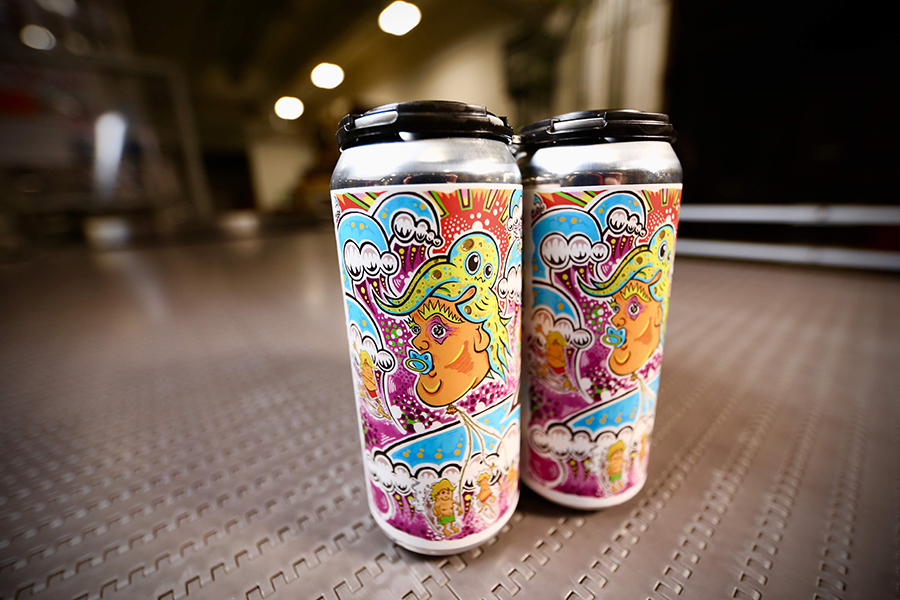