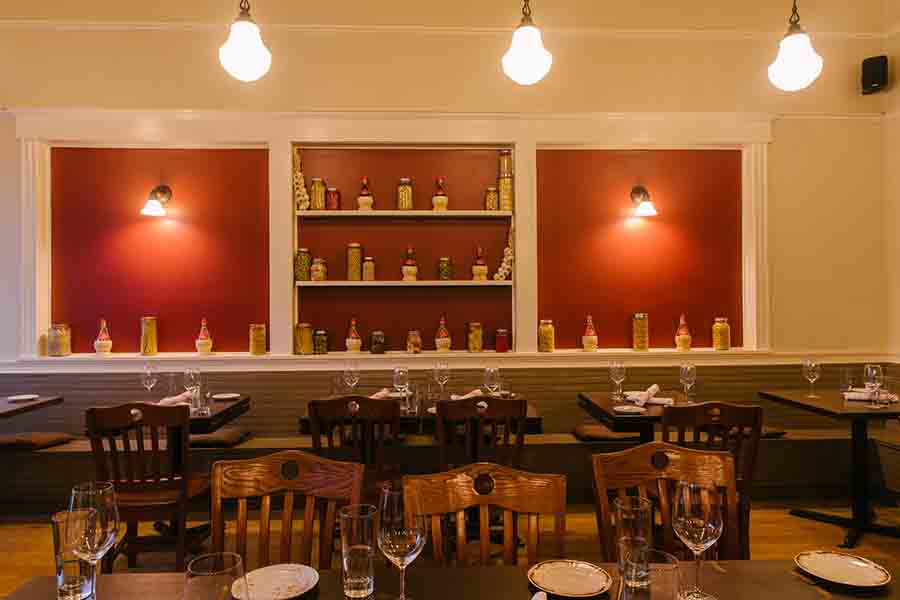 One of the Boston area’s most celebrated cocktail experts is about to serve up something new. Ran Duan, the acclaimed bartender and owner of Blossom Bar in Brookline Village and the Baldwin Bar at Sichuan Garden II in Woburn, will open Ivory Pearl later this year at 1704 Beacon Street. The small space is currently home to Grassona’s Italian; before that, it was cocktail haven Fairsted Kitchen.

Grassona’s will have its final full day of service on Monday, January 13, with fresh pasta specials and 25 percent-off wines on the menu until then, says current owner Steve Bowman. After Jan. 13, Grassona’s may remain open a bit longer for drinks and snacks, Bowman says, depending on the transfer of its license. Duan told the Boston Globe he hopes to begin Ivory Pearl construction by springtime.

Details are slim on the new concept so far, but Duan told the Globe Ivory Pearl will be different from his two, tropical-inspired bars. It will have a cocktail-and-seafood-focused menu. Otherwise, “All I can say is it’s a style of cocktail that doesn’t exist in Boston,” he said. Boston has reached out to Duan for more information.

Alongside classic cocktails and spritzes, certified sommelier Bowman has offered a stellar wine by-the-glass program throughout Grassona’s two years in business. To say goodbye to the neighborhood, he’s offering 25 percent off all bottles of wine until Grassona’s closes, plus $5 draft beers on Mondays, January 6 and 13.

“It would be lovely to see our fans one more time before the end,” Bowman says. It’s unfortunate to be saying goodbye, he adds. “Sadly we just couldn’t make it work,” Bowman told Brookline Patch. “We were never busy enough to keep up with all the costs.”

“Right now I’m focused on ending Grassona’s as gracefully as possible,” Bowman says. “But I love the restaurant industry, and I’m excited to find a new path within it.”

Stay tuned for news about what’s next for Bowman, as well as for more details about Ivory Pearl. In the meantime, Grassona’s is open Thursday through Monday until January 13 (closed Tuesdays and Wednesdays), and potentially later into January with a smaller menu. Follow @grassonas and @ivorypearlbar on Instagram for updates.