Out with the Old, in with the Lobster Newburg 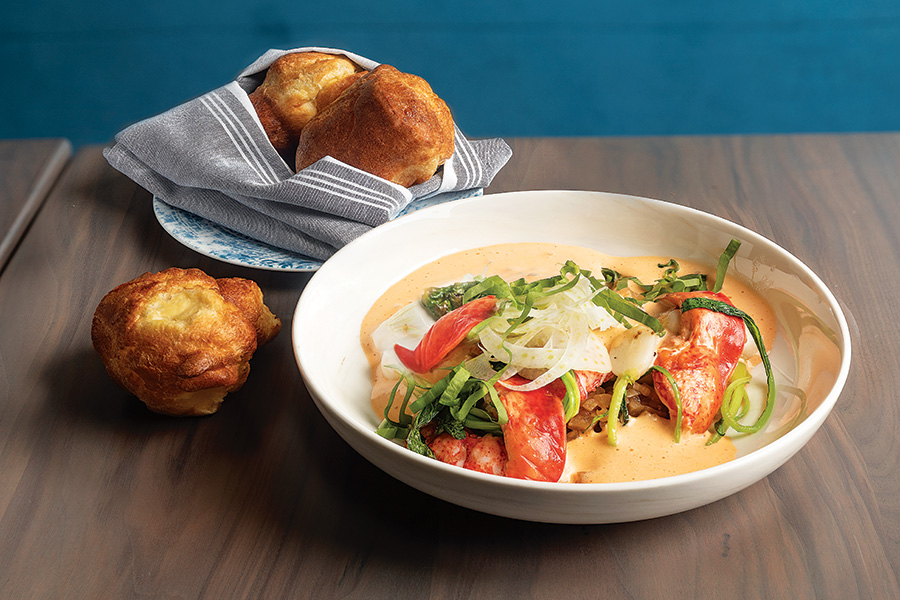 When Kristin Canty decided to open Woods Hill Pier 4, her new restaurant on the Seaport site where Anthony’s Pier 4 once stood, she knew lobster would be on the menu. You see, at 10 years old, she was supposed to crack her first claw at the late, great dining institution—but her parents got sick and had to cancel the reservation.

“I cried and cried,” Canty says. Now, she chuckles, she can eat lobster Newburg, her restaurant’s tribute to Anthony’s, anytime. This version, though, is gussied up for the sleeker, modern Seaport, and invokes the same sustainability-minded philosophy of Canty’s other restaurants, Concord’s Woods Hill Table and Adelita (see: the lobster roe that chef Charlie Foster uses to make a decadent hollandaise).

Canty, of course, isn’t the only one who understands the significance of this iconic address: All eyes have been on Pier 4 since the 1963-founded Anthony’s, a surf-and-turf oasis in a once-desolate neighborhood, was demolished in 2016 to make way for a new development. In a Seaport now teeming with steel-and-glass towers that sparkle brightly but, some would argue, lack Old Boston’s soul, many diners wondered what the waterfront location’s latest tenants would reveal about the direction of an essentially new neighborhood. 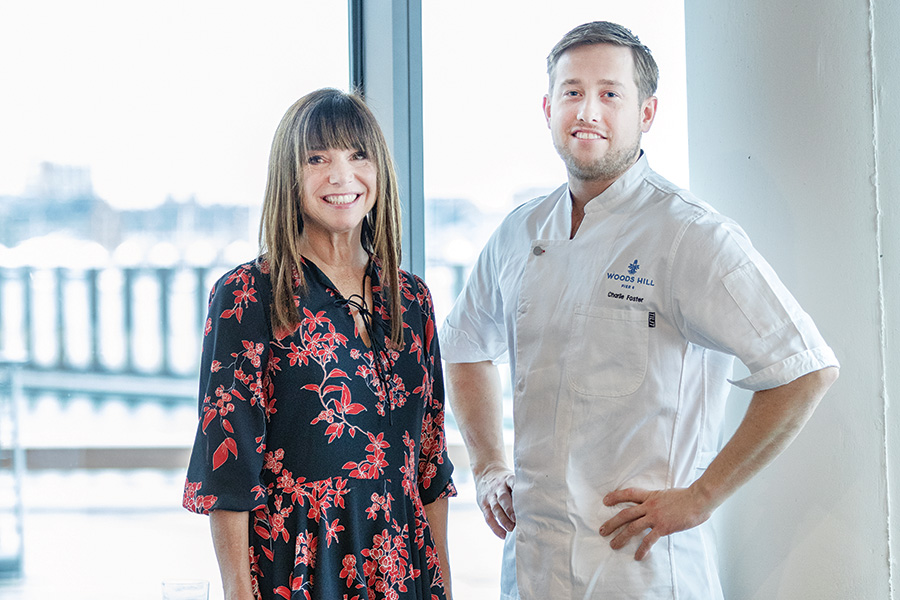 For one thing, Pier 4, formerly disconnected from foot traffic, now buzzes with enough lunch-seeking office workers to support two Boston-born fast-casual chains: Tatte Bakery and GreCo. As for finer dining? Well, the Good Life looks very different from the days when families celebrated special occasions around white tablecloths and classic clambakes at Anthony’s. Tastes are more “eclectic” now, says Liam Mackey, chef-partner at the upcoming Nautilus Pier 4, a spinoff to his buzzy Nantucket restaurant that will serve up Asian-inflected, seafood-focused small plates when it opens this spring.

Bostonians are also more conscious about where their food comes from. At Canty’s Woods Hill, for example, diners tuck into shaved Rhode Island sea snails in coconut lobster broth, Maine mussels in a local brown ale, and other all-organic dishes—many made with ingredients culled from Canty’s 260-acre New Hampshire farm—in a glittery, glass-walled dining room on the ground floor of a condo building.

But at this new Seaport development, at least, some relics remain. Canty decided to frame the double-breasted jackets worn by Anthony’s servers and hang them on the wall of her new restaurant. There, they can be remembered and revered, but ultimately set aside to make space for something new.