Legendary owner Roger Berkowitz confirmed the company is in discussions with a corporate restaurant giant. 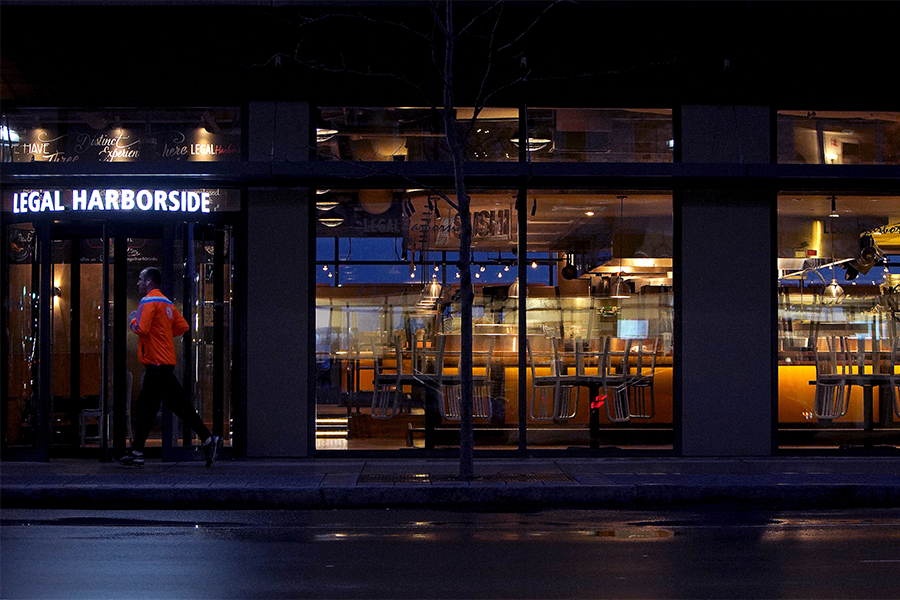 After several tumultuous months for restaurants, with about 20% of the Massachusetts eateries permanently closed, federal restaurant relief hitting a standstill, and the colder weather icing already frigid takeout and patio dining numbers, it’s not just smaller outfits that are searching for answers.

The latest restaurant institution to explore new options? Boston’s own Legal Sea Foods. “We can confirm that PPX Hospitality Brands and Legal Sea Foods are in discussions to create an exciting new venture and will issue a full update at the appropriate time,” Roger Berkowitz, president & CEO of Legal Sea Foods, tells Boston.

What does that mean for the local icon? In order to understand, your first course is a primer on PPX. Back in 2016, Dublin-based investment firm Danu Partners acquired the Medford-headquartered Smith & Wollensky steakhouse chain. Then earlier this year, Nick Varano of Strega fame sold three of his Italian steakhouses and related hospitality businesses to Danu. With that move came the creation of the Medford-based PPX Hospitality Brands, a holding company with its sights set on the expansion of the Smith & Wollensky and the Strega Group eatery empire.

Oliver Munday, who was appointed as Danu’s president back in March commented to Nation’s Restaurant News in late June that “PPX will be actively looking at additional opportunities that are gonna be there in the marketplace.” It makes sense that Legal might be next on PPX’s menu. If this turns out to be something more than just a new surf-and-turf spot, the move would further strengthen the holding company’s Boston connection.

“We’ve got a lot of boots on the ground in Boston, and following the Strega acquisition, we’re in a position to help, we think, a number of landlords who are wrestling with what to do with their restaurant tenants who are not going to make it back,” Munday continued to NRN. “And we think we can add value to that process from a landlord perspective.” Representatives from PPX and Smith & Wollensky have yet to return requests for comment.

This isn’t the only news to come from the Legal Sea Foods team this quarantine. In May, the company filed a lawsuit against Strathmore Insurance Co. after the insurer refused to cover Legal’s financial losses due to Gov. Charlie Baker’s March ban on sit-down dining. In August, the seafood slinger announced that Legal Test Kitchen in the Seaport—a ghost town over the summer with few travelers in nearby hotels, and no concert-goers hitting up patios after shows at the Rockland Trust Bank Pavilion—would not reopen.

George Berkowitz, the father of Legal’s current president and CEO Roger Berkowitz, founded the business as an Inman Square fish market in 1950 and today it includes 23 Massachusetts spots, with five more down the eastern seaboard. Only about fifteen of the local eateries have reopened, though more are set to reopen this fall.

Whatever shape Legal’s future takes—new locations? A flirtation with Italian fare? A top-to-bottom takeover?—we could all use some of their warming chowder right about now.