Why Does the North End Keep Catching Heat for Flouting COVID Rules? 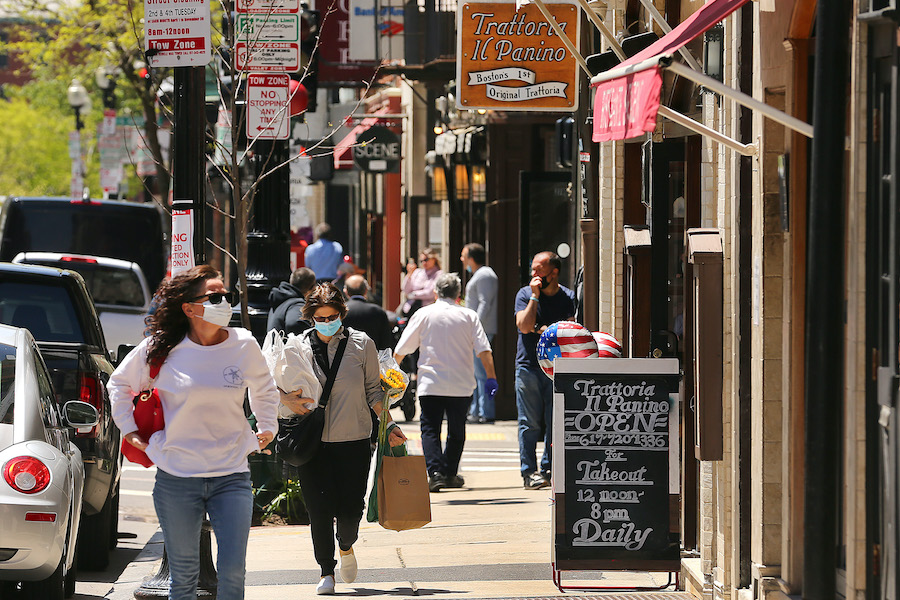 Over the last year, restaurants across Boston have been struggling to stay in business while keeping guests safe and adhering to city- and state-imposed COVID-era restrictions. But if there’s any single neighborhood that has—fairly or not—come under particular scrutiny for bucking the rules, it’s been the North End, with its bevy of beloved, storied dining rooms dispensing delicious homemade pastas and chicken parmesan.

It’s not clear that the city’s knuckle-rapping will chasten all North End operators. Consider a recent video, widely shared over the New Year holiday, that showed one local business owner lambasting COVID restrictions only a few weeks after his own restaurant was scolded by the city for alleged violations.

“You can’t do this in Boston!” Christian Silvestri, owner of Rabia’s, hollers in a video he posted on Facebook from the dance floor of a Florida nightclub filled with mask-less bumpers and grinders. Between swigs of Champagne, he offers some free advice: “Charlie Baker, Marty Walsh, listen to DeSantis, this is what he’s got going, baby!”

“Freedom! We’re not in a communist country!” continues Silvestri, whose restaurant was brought before the city’s licensing board in December after a different clip he posted on social media seemed to show violations of distancing and mask-wearing rules.

Not all North End restaurateurs are quite so public about their pandemic politics. Still, some of the neighborhood’s own operators acknowledge that their part of town has nonetheless earned extra attention from the city’s beleaguered COVID protocol enforcers. The question is: why?

“We definitely outpace our size, in terms of the attention that North End restaurants get,” says Phil Frattaroli, whose family owns several North End restaurants, including Lucia’s and Ducali. He points to a combination of local personality type and disinformation sowed by the outgoing presidential administration.

“A lot of our restaurant owners are very big characters,” Frattaroli says.

Of course, it’s important to recognize that the vast majority of North End restaurants, as with restaurants across the city, are doing everything they can to be responsible, keep guests safe and keep doors open. And to be fair, other neighborhoods have also received a collective reprimand: Establishments in the Seaport, South Boston, and Allston-Brighton have been addressed in emergency hearings.

But it’s no secret that the longtime North Enders behind the neighborhood’s many family-run restaurants are not known to be shrinking violets. Locals have been publicly salty since at least an impromptu May rally that brought business owners onto Hanover Street to vent their frustrations. “I haven’t social distanced in three months. I take my chances with God,” Frank Mendoza, owner of Monica’s Trattoria, told Fox-25 then.

And in June, while on-site dining was still prohibited in Massachusetts, Carla Agrippino-Gomes, owner of Terramia Ristorante and Antico Forno, joined a lawsuit filed by the New Civil Liberties Alliance challenging Governor Baker’s declaration of emergency. At the time, she told CommonWealth Magazine that some North End restaurateurs may reopen with or without permission. “Give us guidelines or else we’re going to take matters into our own hands,” Agrippino-Gomes said then.

The recent video by Rabia’s Silvestri is a particularly potent example of the kind of contention that rankles those North Enders intent on following the rules. Although she thinks the city’s crackdowns—more specifically, their fines—are forcing restaurateurs to finally learn their lesson, Adriana DeStefano, who has owned Caffè Paradiso since the 1950s, says she has been frustrated to hear local business owners rail against regulations.

“We have to be diligent,” she says. “We can’t say that the city, the mayor, or the Baker administration are too hard or don’t know what they’re doing. Come on! When I read that in the newspaper or see it on TV, it’s ridiculous.” 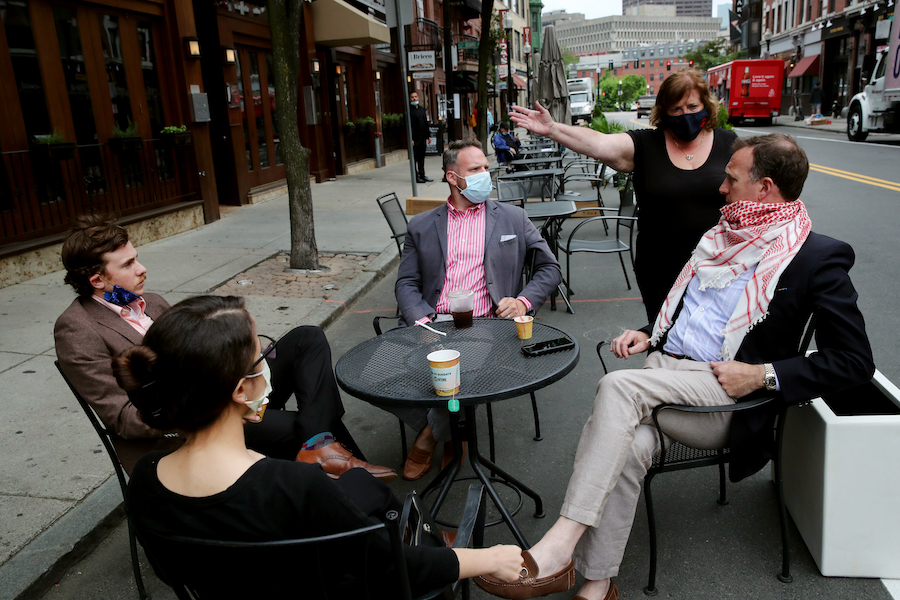 Nonetheless, for certain diners, a defiant attitude is actually part of the appeal of the North End, says Frattaroli, creating a kind of feedback loop. “There’s people out there who just want to be over this,” says Frattaroli, who wants to see everyone play by the rules. “Sometimes when you add a couple glasses of wine, it makes it a little bit harder to control. I hate to see the North End get a bad reputation over it, because it takes two to tango.”

None of this absolves restaurant operators of the responsibility to strictly adhere to regulations. But their frustrations are real and reflect a concern that the pandemic poses an existential threat to an entire historic neighborhood: North Enders tell me their restaurants are reliant on tourism and TD Garden crowds, and those wells have been dry for nearly a year. The neighborhood’s tight footprint is overcrowded with snug eateries that accommodate few six-feet-distanced tables. Outside, meanwhile, narrow streets built for horse-drawn buggies don’t lend to private patios. (Restaurants had to stop using public property for patio dining in December).

Add it all up, and maybe it’s no surprise that the neighborhood might be a bit of a pressure cooker—a concentrated case study in all the fomented fears and anxieties facing small businesses across Boston. As they scrabble to survive, these restaurateurs run through the same gamut of reactions we see everywhere: Some are scared, some are angry, most will do the right thing, and some will not—as if pretending things are normal will somehow make it so. Sometimes, of course, people simply make mistakes.

“Old school Italians are proud! My grandfather was the same way,” says straight-shooting Table chef-owner Jen Royle. She says there’s still a boys’ club-style sensibility to the Chianti-soaked dining rooms of Boston’s first neighborhood, and it’s not necessarily one that takes well to being told what to do by bureaucrats or anybody else.

That’s no excuse, she says, for not playing by the rules.

“If we all follow the rules, we all win in the end,” Royle says. “We can all help each other by doing the right thing.”