Without Aid, an “Extinction” Level Event Is Coming for Boston Restaurants This Winter 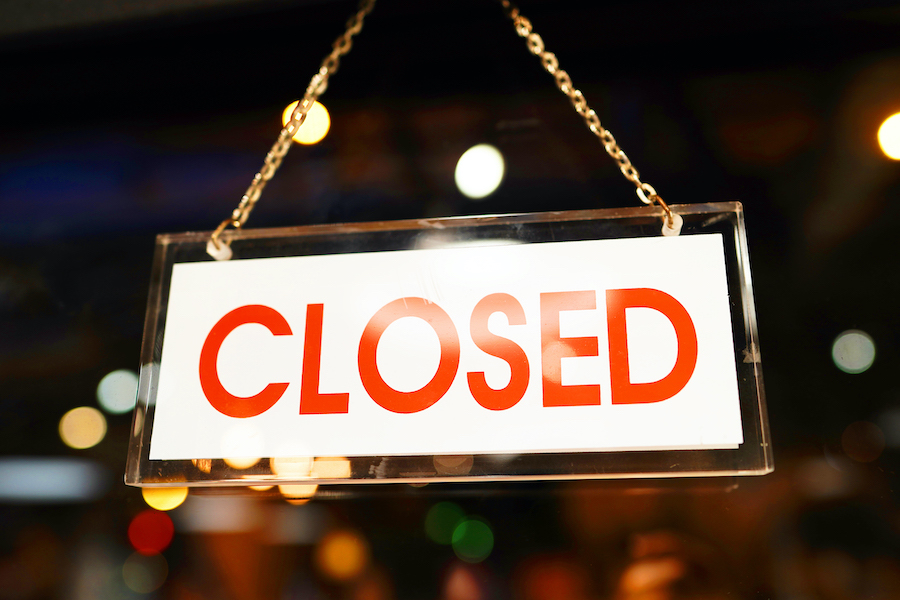 The temperature reached 63-degrees in Boston on Dec. 1—unseasonably balmy. And yet, all over the city, restaurants making use of public property were required to roll up their patios.

Why? Ken Oringer isn’t sure. The James Beard award-winning chef, one of Boston’s biggest dining-world names, says he has never received a clear answer as to why the city didn’t extend the end-date for this pandemic-era allowance. (Boston magazine reached out to Mayor Walsh’s office for comment on the rationale; we did not receive a response by deadline.) It’s true that New England weather is notoriously unpredictable, but Oringer, like every restaurateur right now, needs all the business he can get—so why not let diners sit outside as long as they are willing?

“In Europe, people sit outside when it’s 20 degrees outside. If people want to do that, let them,” Oringer says. “Or the entire city should be doing what they do in Montreal or Toronto, closing streets and turning cities into outdoor winter wonderlands. We could have fire pits in the streets, people having cocktails and snacks, hanging out with social distancing—all with city pride behind it.”

And yet, instead of serving gourmet s’mores or mixing up batches of spiked hot chocolate, Oringer started the month by putting away the sidewalk-patio seating at his South End restaurant Coppa, an enoteca so intimate that its interior can only accommodate two tables at a time under current social-distancing guidelines. (At least Toro, its nearby sibling restaurant, has outdoor space on private property it can continue using.) Over in Cambridge, meanwhile, Oringer and Jamie Bissonnette, a fellow Beard winner and business partner, made the difficult decision to outright close their restaurant Little Donkey for the next five months or so; it’s the latest local eatery to enter winter “hibernation,” a desperate effort to improve long-term survival odds by slashing operating costs now.

Nine months into the pandemic, these are the choices that restaurant owners are making, and they’re beyond frustrated. After all, since spring they’ve been warning anyone who would listen about the impending winter, and the devastation it would bring an already-ailing industry. Grassroots coalitions like Mass Restaurants United, of which Oringer and Bissonnette are leading members, have even taken to the State House steps to seek substantive financial relief. But many of them tell me that they fear their cries have fallen on deaf ears, they feel abandoned by bureaucrats, and they’re terrified that any reopening rollback could put even more restaurants into permanent closure—not to mention, more workers out of jobs.

“We need our federally elected officials to stop pointing fingers at President Trump and realize that if they don’t make bold steps right now, not on January 21, the entire industry faces potential extinction,” says Bob Luz, president of the Massachusetts Restaurants Association.

The Bay State-related numbers alone are jarring: Nearly one in four Massachusetts restaurants have closed since the initial statewide shutdown in March, says Luz. At the time, more than 250,000 of the state’s 300,000 restaurant workers were furloughed, he says; nearly 40 percent have yet to be recalled. National statistics are similarly dire.

And yet, on Capitol Hill, the bipartisan RESTAURANTS Act, which would establish a $120 billion relief fund for independent restaurants, remains in limbo despite being cosponsored by half the U.S. Senate and more than 200 U.S. Representatives. Mass. Senator Ed Markey has previously called out Senate Majority Leader Mitch McConnell for allowing it to languish—and now the days are dwindling until Congress leaves on its December recess.

On the state level, meanwhile, Luz notes that both the House and Senate have restaurant relief funds within their economic development packages; they have spent months stuck in compromise committee.

Such stalemates only reinforce the sense many restaurateurs have that substantive help is, frankly, not forthcoming.

“We need a plan for our employees,” says Ed Kane, owner of Big Night Entertainment Group, a veteran team of restaurant and nightlife gurus whose portfolio includes Boston venues Guy Fieri’s Tequila Cocina (currently closed), pan-Asian hotspot Empire in the Seaport (still serving sushi), and the sprawling club the Grand (where, as with other bars, the dance floor will stay empty until Phase 4 of the reopening).

Before the pandemic, Big Night’s operations employed about 1,400 people, says Kane; following a massive furlough in March, the company was eventually able to bring back on about 530 employees. But he adds that business has been dealt another major “body blow” by a new statewide curfew that requires all restaurant diners to be off the premises by 10 p.m. This despite acknowledgements from Governor Charlie Baker and Lieutenant Governor Karyn Polito that public health data shows restaurants are not being linked to COVID outbreaks. In fact, there’s an argument to be made that closing restaurants early could simply drive guests from regulated spaces to informal home gatherings that are actually a greater source of concern.

The curfew has cut already-slashed business in half, says Kane. Big Night is now “hemorrhaging” money, with revenue at only about 20 percent of pre-pandemic levels. Kane says the company is doing everything it can to avoid cutting more jobs, especially with extended unemployment benefits still set to expire on Dec. 26. But he’s growing increasingly anxious that aid is nowhere to be found, and even launched a new initiative, dubbed Where’s the Plan?, to urge elected leaders to step up with solutions and communicate timelines that will help restaurants better outline their approach to survive.

“If there’s no plan for the next three months for restaurants, there’s going to be an avalanche of closings,” says Kane. Listen up, lawmakers—the rumbling is thunderous, and it’s time to move.