Guy Fieri’s Boston Kitchen + Bar Is About to Debut Downtown 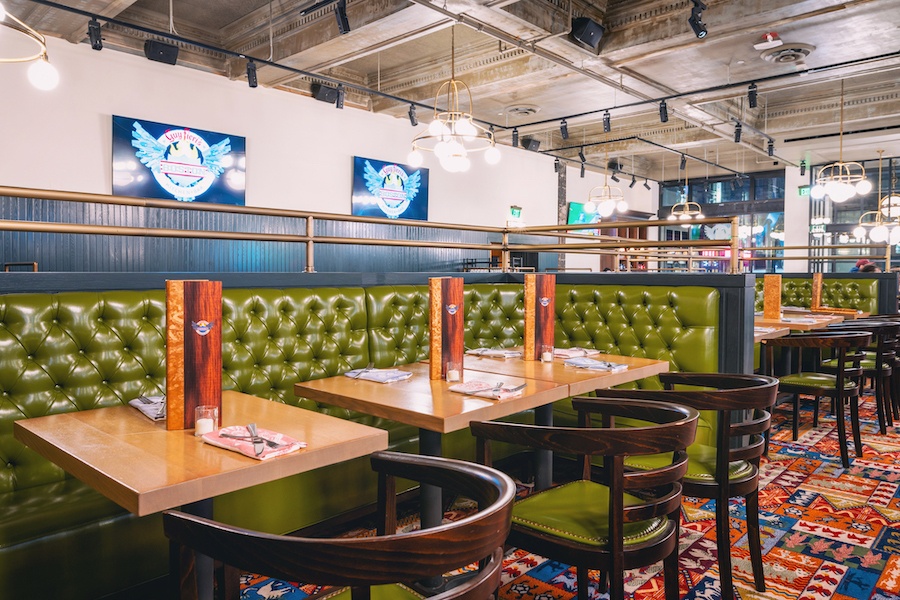 It is generally understood that Thanksgiving and New Year’s Eve serve as calendar bookends to the single most indulgent time of year—the season of big family feasts and rich nogs and chocolate babka and homemade fruit cakes. (Just kidding, no one actually wants a fruit cake.)

Well, feel free to add “pastrami egg rolls,” “jalapeño pig poppers,” and “bacon mac ‘n’ cheese burgers” to the list of excuses for overeating all December long. Because the Food Network’s king of deep-fried deliciousness and bring-your-own-bib dining is about to open another restaurant here in the Hub: Guy Fieri’s Boston Kitchen + Bar is slated to debut downtown on Thursday, Dec. 9. 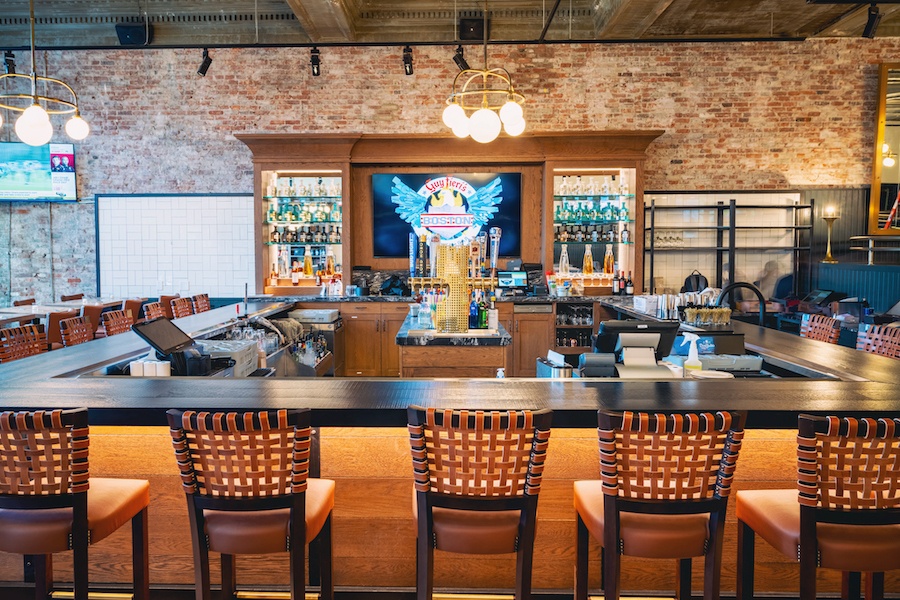 Moving into 186 Tremont Street on Boston Common, the restaurant replaces Explorateur, a Euro-style cafe that Big Night Entertainment Group opened in the old Grand Masonic Lodge in 2017 and closed in March 2020. Big Night, whose portfolio includes a number of flashy restaurants and nightclubs around the city, previously partnered with Fieri on his first Boston restaurant, Guy Fieri’s Tequila Cocina in the West End, as well as Guy Fieri’s Foxwoods Kitchen + Bar at that Connecticut casino. 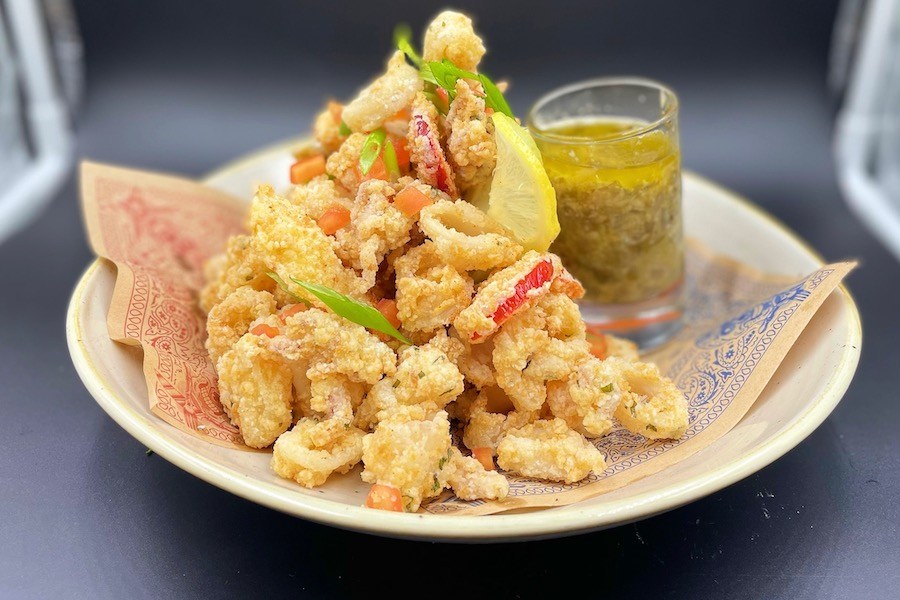 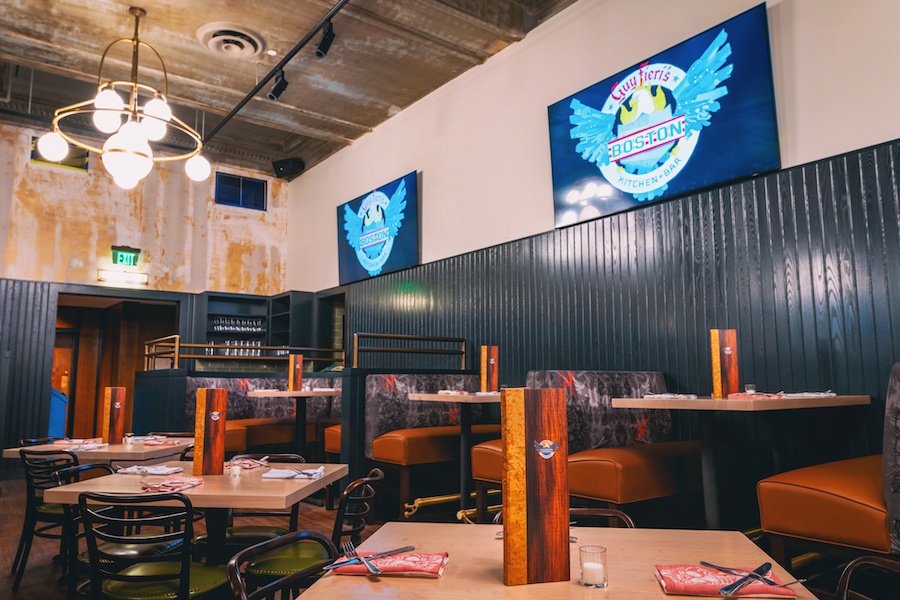 The Boston Kitchen + Bar location, meanwhile, will follow suit with a similar approach, and it’s one that will doubtless prove popular with fans of Diners, Drive-Ins, and Dives, the celeb-chef’s long-running food-TV hit that has highlighted a whole lot of local restaurants over the years. Besides the aforementioned morsels, the restaurant will serve up signatures like the “Motley Que,” a pulled pork sandwich Fieri has featured on his show, and drop some new, regionally-inspired offerings. (Think: Rhode Island-style calamari with a tableside pour of a white wine, garlic, and pepperoncini sauce.) The place also promises some vegan takes on typical Fieri fare, such as Buffalo cauliflower with hummus in addition to traditional hot wings. 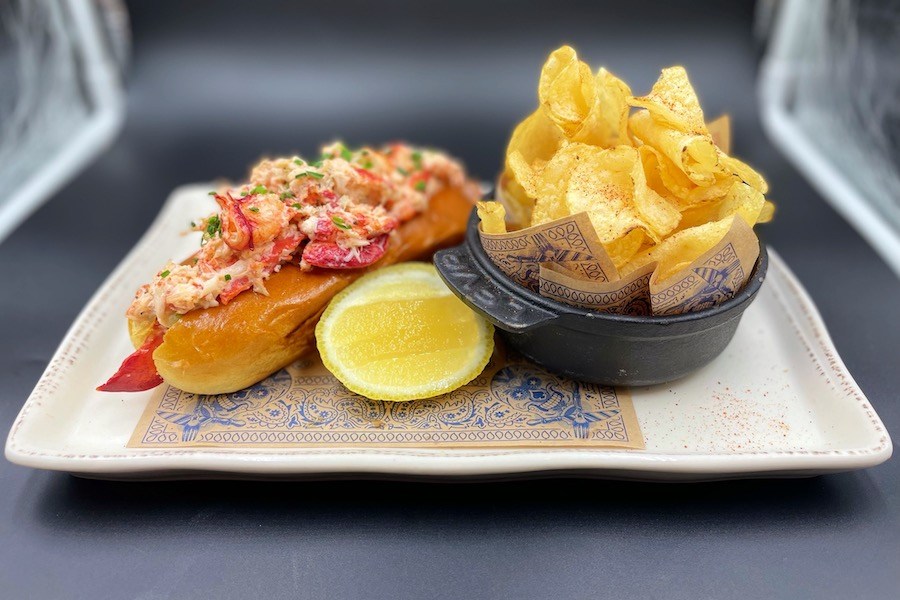 Extinguishing the spice will be an array of craft beers and ciders, plus plenty of cocktails—including shareable-sized libations like pitchers of candy apple sangria. One thing you won’t find, though, is Chicken Guy, a bird-focused fast-casual outfit that was previously reported to be opening at the same Boston address; the pandemic scuttled those plans, according to a rep for Big Night.

Check out the full menu of Fieri-approved plates below. Not a fruit cake in sight. “Trash Can Nachos,” on the other hand… 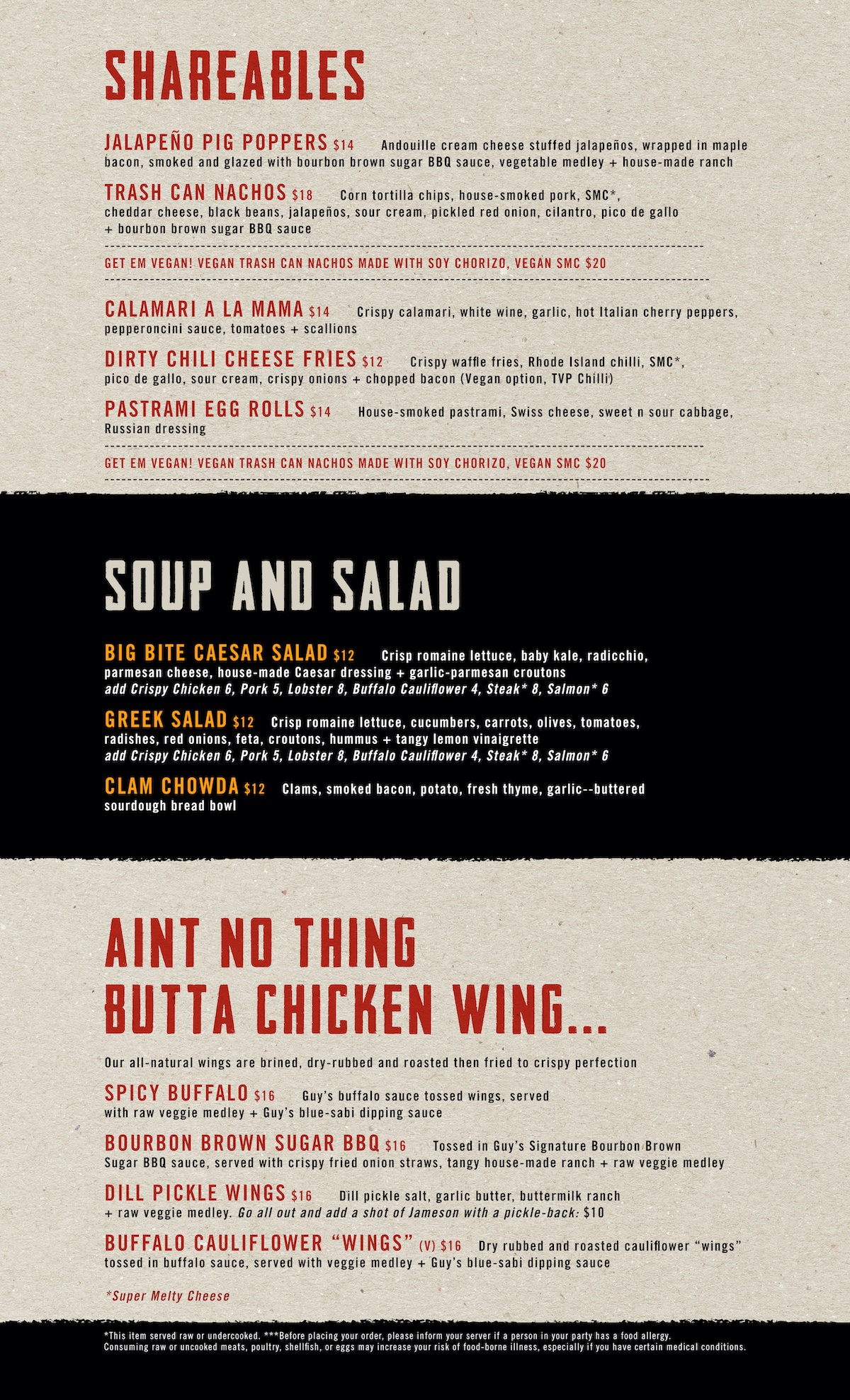 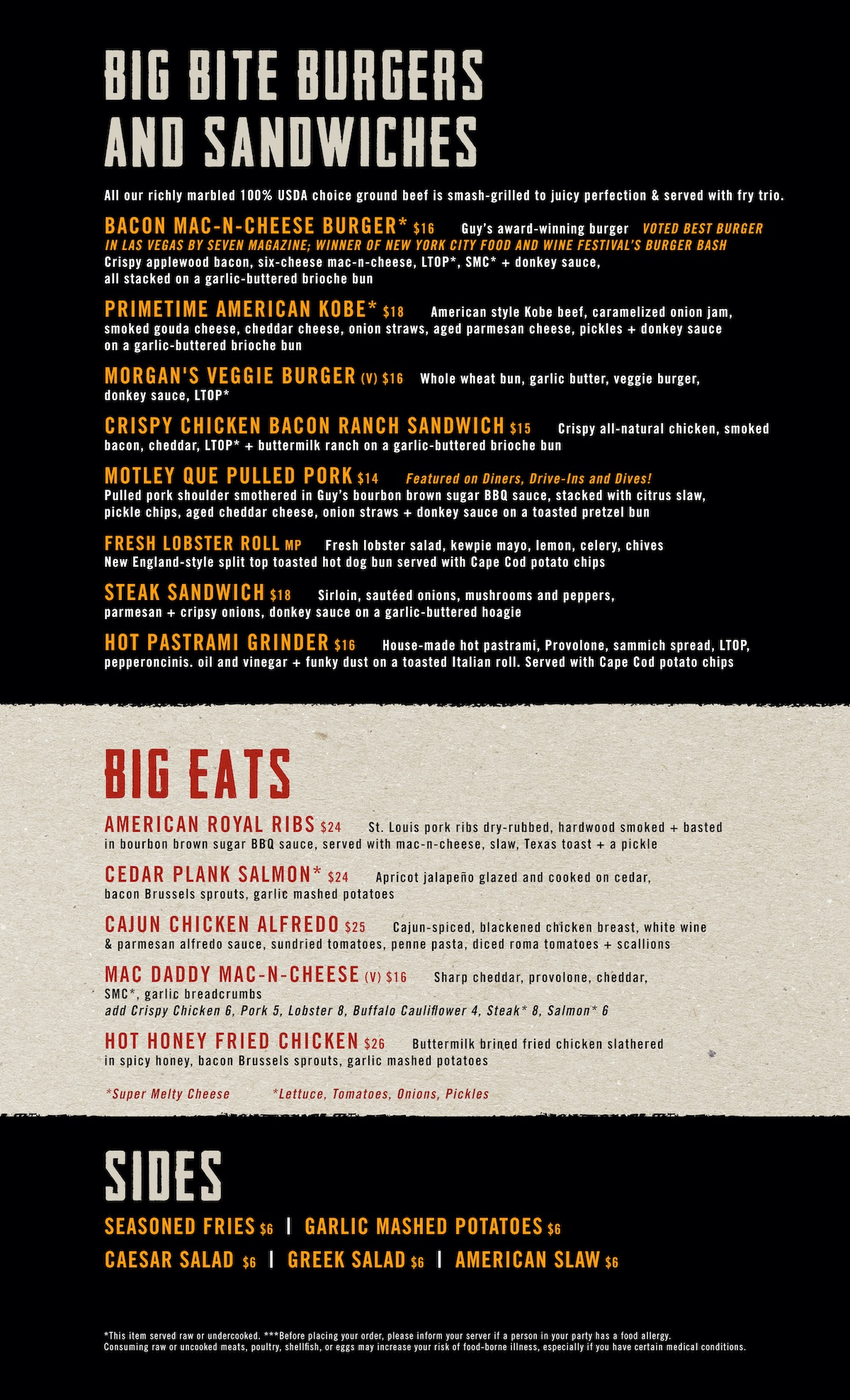 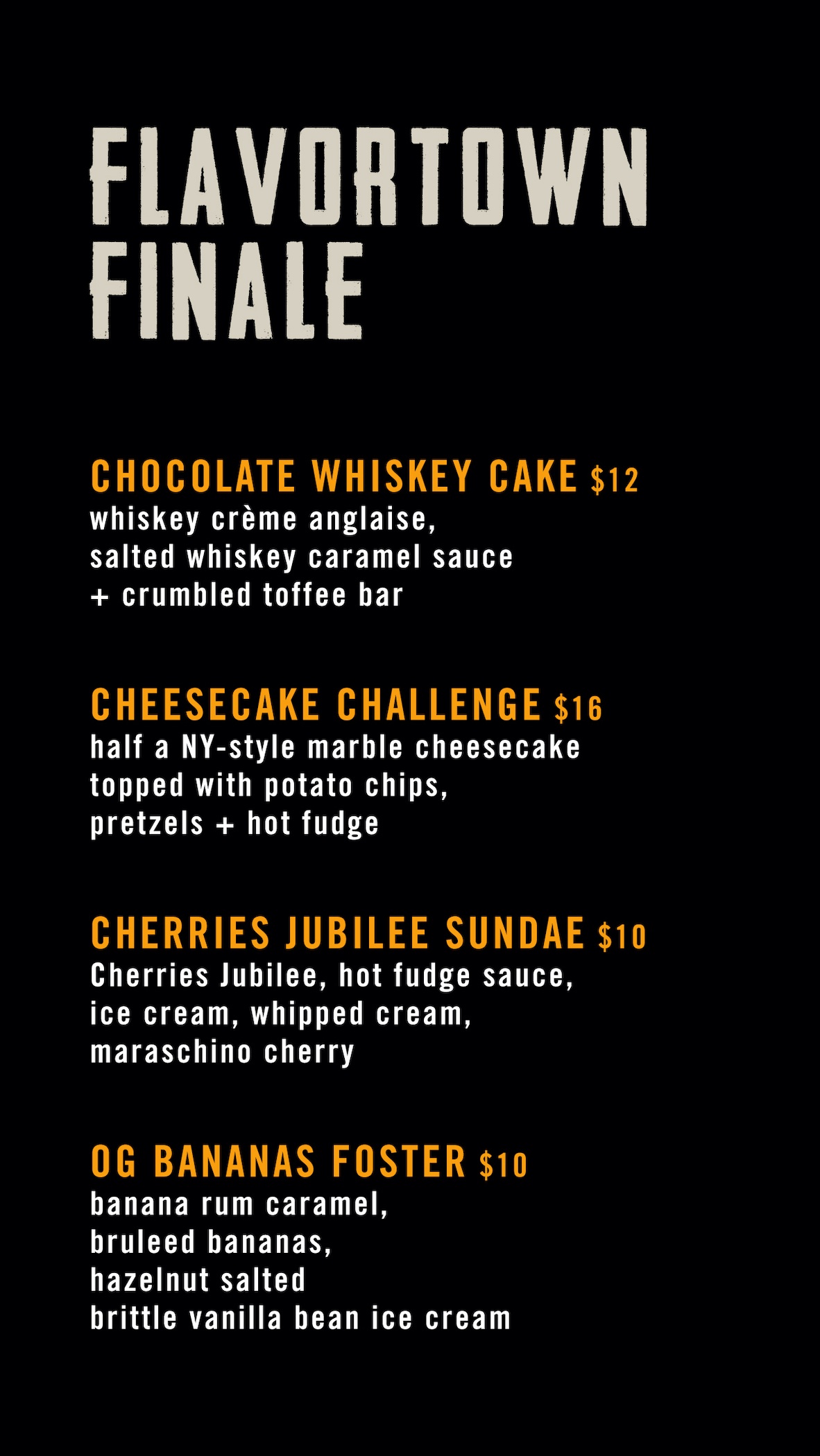