Four Islands with Great Foliage to Visit near Boston

There's a reason Rhode Island is called the Ocean State. 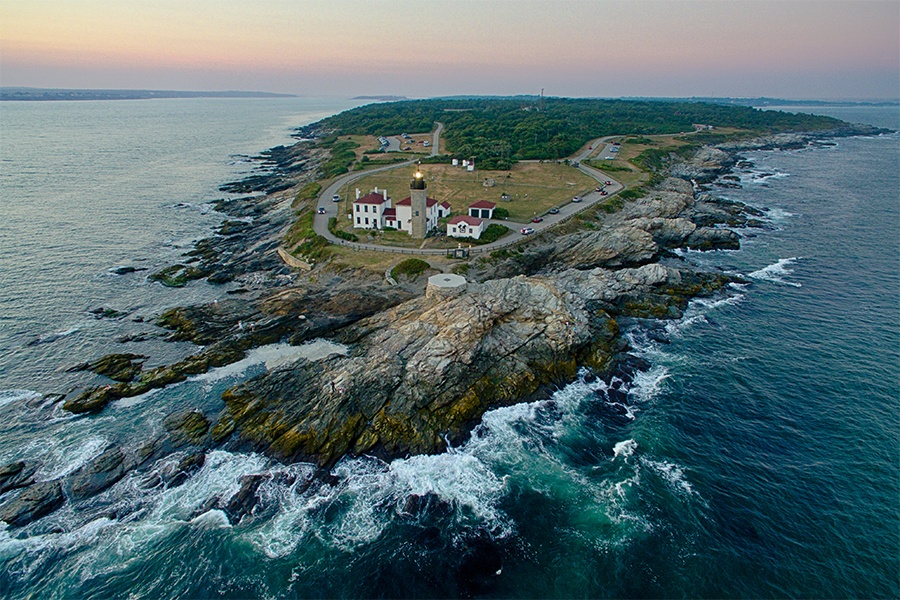 The phrase “island hopping” might paint a picture of piña coladas in the Caribbean, but how about a beachy fall getaway closer to home? Throughout leaf-peeping season, Rhode Island beckons with still-warm days on uncrowded beaches and quaint seaside towns surrounded by foliage. Check out these four reasons to do some island-hopping even after the hubbub of the summer. Not sure when the foliage will hit its peak? Don’t forget to check out this foliage map to see when it’s coming to various parts of New England.

Roam the granite cliffs of Conanicut Island’s Fort Wetherill State Park and the abandoned, graffiti-tagged ruins of its namesake coastal defense fort, which was deactivated following World War II. Or, if a better-preserved bit of history is more your style, the Beavertail Lighthouse was built in 1856 and remains in ship-shape as a living museum in Beavertail State Park. After exploring, head into Jamestown to wander the local shops and art galleries, and make sure to carbo load on some of the wood-fired artisan breads and pastries at Village Hearth Bakery Café. An ample patio at Simpatico Jamestown lets you soak up a crisp fall evening and the pancetta-dotted sweet corn cream sauce of their Narragansett littlenecks appetizer at the same time. And no need to hop a ferry—an easy drive from Boston whisks you over the bridge to Conanicut. You can be on island time in just under 90 minutes.

Perhaps it’s no surprise that something named “Goat Island” has a few of the grazers on the grounds. An easy detour down a causeway from neighboring Newport, Goat Island was once home to several military forts and a naval torpedo factory, though Gurney’s Newport Resort & Marina is now the main draw. There, even the two goats—named William and Cornelius after famous Vanderbilts—find some pampering in a pen that resembles Newport’s Marble House mansion. Though you can stroll from one end of the island to the other in less than half an hour, what the spot lacks in space it more than makes up for in charm. Grab a coffee at For Five Coffee in Gurney’s to fuel up for an afternoon of sea views, and be sure to drink in the sunset while cozying up to the fire pits at their outdoor lounge. 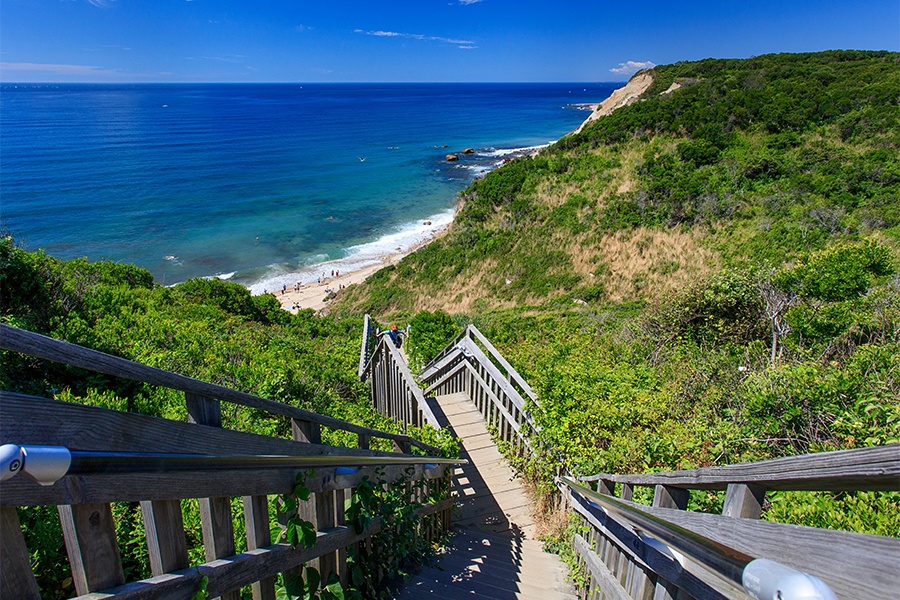 Fall on Block Island almost makes you want to forget about the summers there, with the crowds and the car-clogged roads. The best way to get up-to-speed on the island’s main attractions is to bring a bike and cruise through a 7.5-mile self-guided tour of the southern part of the island, including the Mohegan Bluffs and the serene nature reserve of Rodman’s Hollow, which is awash in autumn colors. If you’re still feeling fresh—maybe after a quick refuel at the social-distance friendly lawn and deck at Dead Eye Dick’s—continue your bike tour into the northern part of the island, which adds about 8.5 miles. But the views of the untouched natural splendor, including the sandy paths and ocean views surrounding the North Lighthouse, are more than worth the extra effort. Here, too, the days are still warm enough to hit Crescent Beach, and the lack of crowds mean no jockeying for a spot to park your towel. The Block Island Ferry from Point Judith in Narragansett operates year-round, though be sure to book online ahead of time due to limited seating. 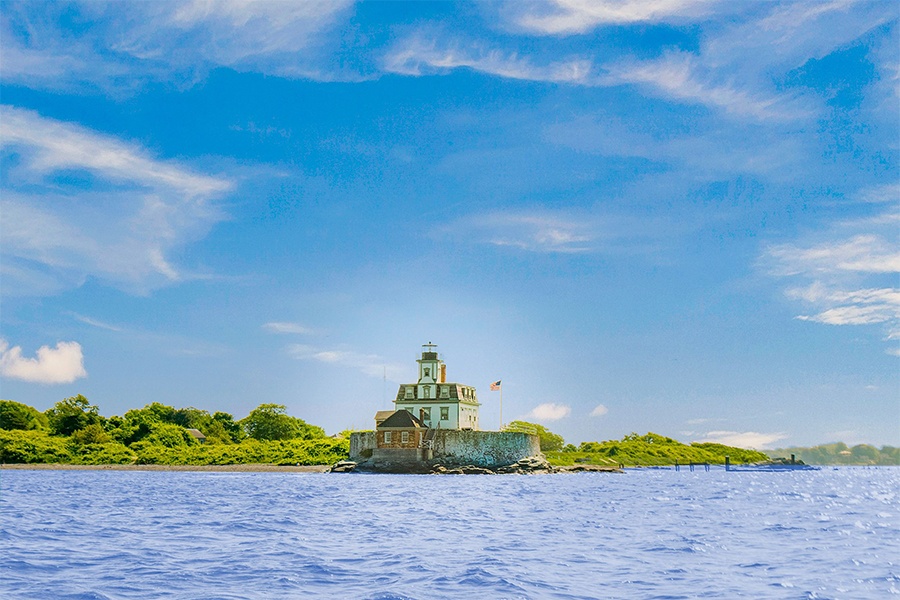 Rose Island offers the ultimate off-the-grid autumn getaway for those looking to disconnect after a summer of round-the-clock working from home. This 18-acre natural paradise is mostly home to snowy egrets, glossy ibises, and an abundance of other birds, though you can book a stay in the fully restored 1870 lighthouse and experience life as a lighthouse keeper yourself. The only way on and off the island is a 15-minute ferry from Newport via the island’s lobster boat, Starfish. Though this private island might host a few day tourists through Columbus Day, lighthouse guests can wander the walking trails and not see another soul, and gaze at the star-flooded sky at night. Accommodations range from the roughing-it Foghorn Building with no electricity and just a wood stove for those fall nights (but we’re hearty New Englanders, aren’t we?) to the Keeper’s Apartment, which boasts a spacious bedroom and living room, plus a full kitchen and private bathroom.