A whopping 85 museums and other cultural institutions will offer free admission on select Fridays as part of the Highland Street Foundation’s popular summer series. 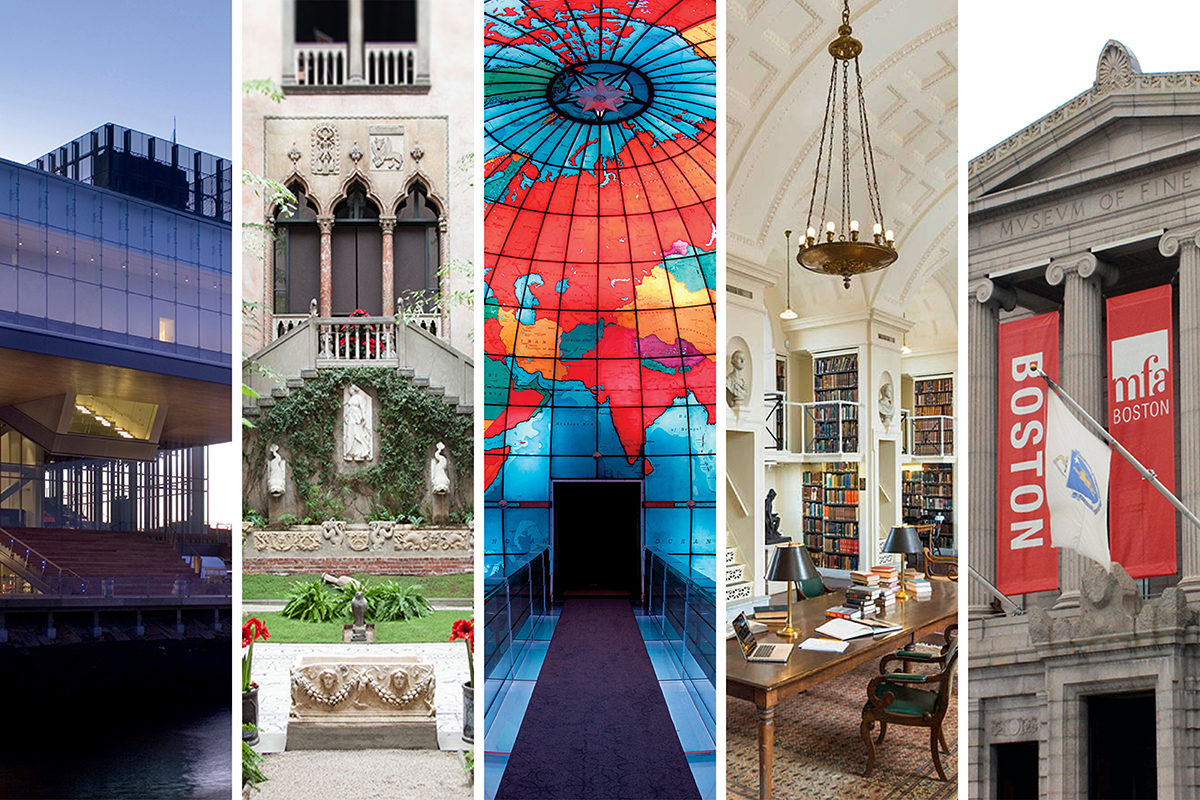 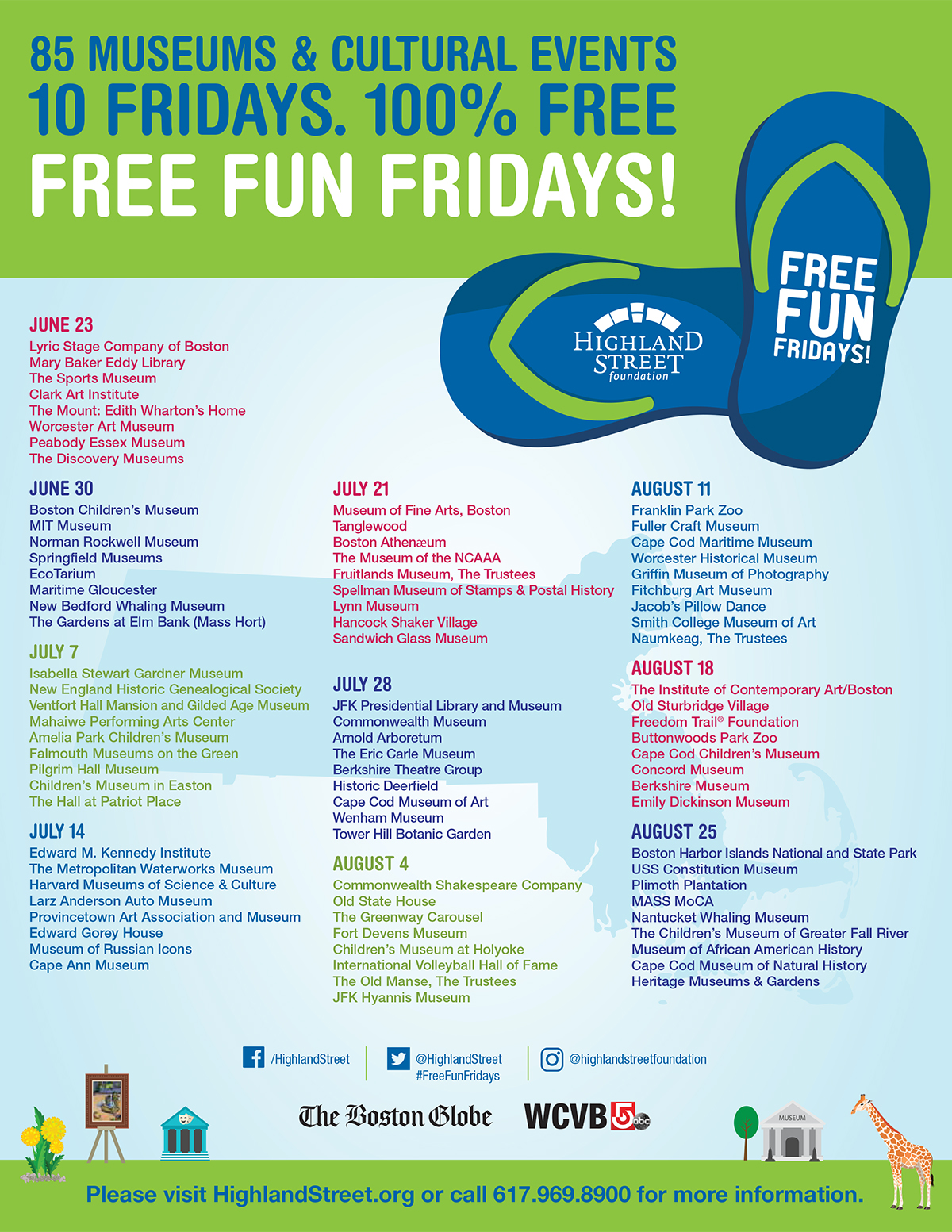 No summer events series in Boston is more popular than Free Fun Fridays, hosted by Highland Street Foundation. The program, which has grown every year since launching in 2009, offers free admission to dozens of art museums and other cultural institutions in Massachusetts throughout the summer on select Fridays. It’s a family- and budget-friendly way for people to check items off their bucket list while also learning a thing, or two, or ten.

In previous years, Free Fun Fridays have lured hundreds of thousands of people out of their summer hideaways to explore Massachusetts’ many cultural destinations. The program appeals to people of all ages—from families with children on school vacation, to senior, veteran, and student groups. It’s an opportunity for locals and tourists to experience smaller venues they’re less familiar with—Spellman Museum of Stamps and Postal History, anyone?—or revisit one of the majors like the MFA and ICA, without spending a dime.

Free Fun Fridays expands this year to 85 spots, up from 80 in 2016. Some notable Boston additions this year are the return of the Isabella Stewart Gardner Museum (that courtyard!) and the Mary Baker Eddy Library (the Mapparium!). Beyond the city, new participants include the Gardens at Elm Bank in Dover, the Lynn Museum, Smith College Museum of Art in Northampton, and the JFK Hyannis Museum.

Ten weeks, 85 destinations…good luck planning, there is much to do.