Local bands and comedians you shouldn't miss. By Spencer Buell and Alex Erdekian 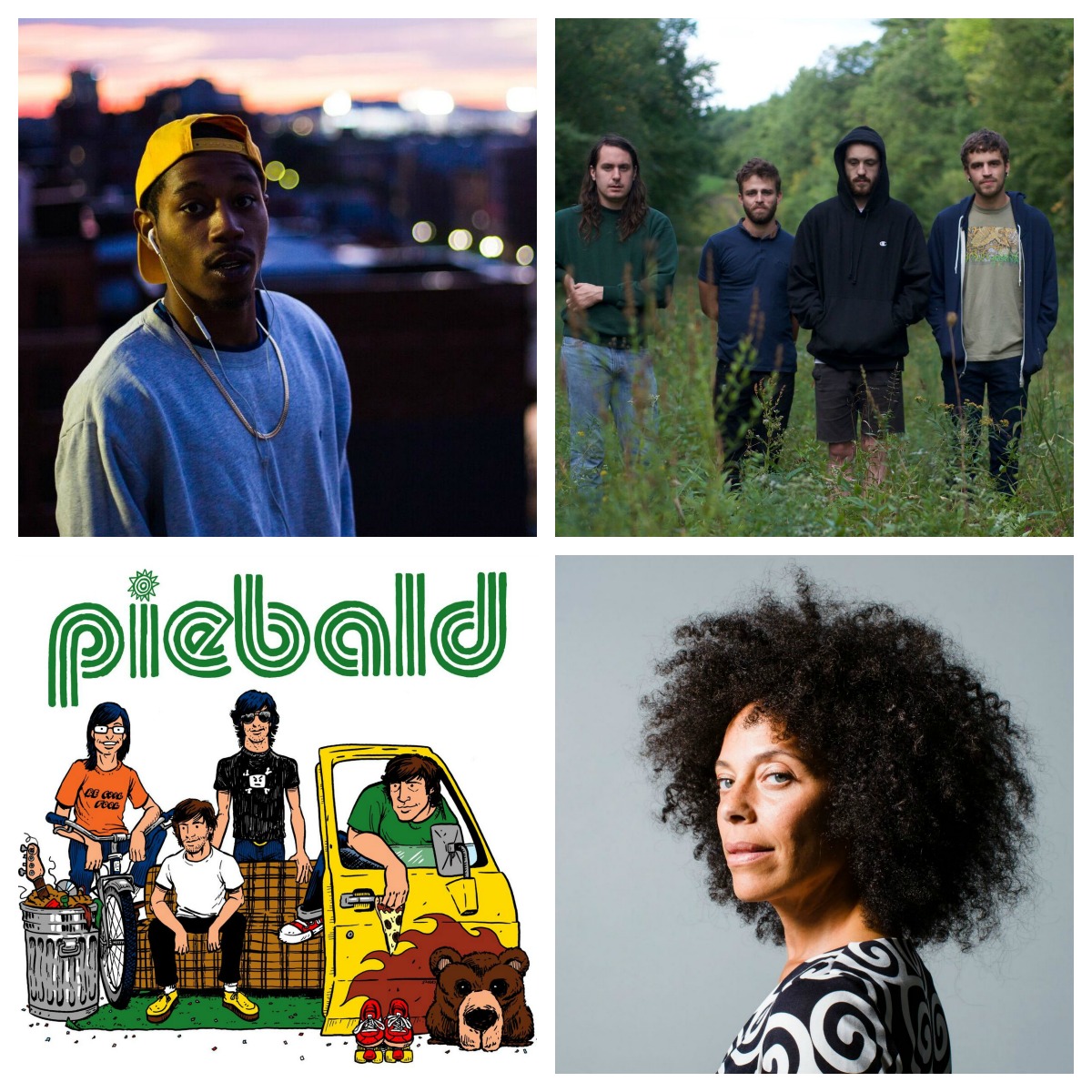 Sure, you’re excited to see Chance the Rapper, Tool, and Mumford & Sons—the global superstars headlining the three nights of Boston Calling this weekend. But if you want the full festival experience, says Trevor Solomon, booking director, show up early and celebrate the local talent.

Sharing the bill with those bigger-name acts are some of Massachusetts’ must-know performers, from newcomers to local legends. Solomon tells Boston he and his creative collaborator, the National’s Aaron Dessner, put a renewed focus this year on highlighting hometown heroes on the city’s biggest stage. “It was important for us to tie in with the local scene,” he says. “People would say on social media, ‘You need to book more Boston bands,’ and it’s something I’ve paid attention to.”

From Dorchester’s Cousin Stizz (“He’s just awesome,” says Solomon) to Worcester’s the Hotelier (“Their record is so good.”) to a curated selection of top Boston comics (including Boston Calling veteran Lamont Price), you should show them some love.

Here’s who they are, and when you can see them:

The Boston-born rap star is loud and proud about his roots—his latest album is even called Suffolk County. One of his more popular tracks, Shoutout, caught Drake’s attention, who played it at his 28th birthday in 2014. A Dorchester native, Stizz began getting into trouble following the death of a close friend when he was 14, and his mother gave him an ultimatum: military school or high school in the suburbs. Stizz chose the latter, and ended up attending Reading High. Look for scenes of Boston in his videos.

Song to know: No Bells

Where to find him at Boston Calling: Delta Blue Stage at 3:15 p.m. on Saturday

Piebald, the North Shore outfit that’s on pretty much every mixtape anyone made in the 2000s, called it quits in 2008 with a final show at the Middle East Downstairs in Cambridge, then reunited for the “You’re Part of It” tour last year. The band’s fans have passed on their music to the next generation, which frontman Travis Shettel told Noisey has in some ways made them bigger now than they were at the height of their success.

Where they’re from: Andover and Somerville

Where to find them at Boston Calling: Green Stage at 4:55 p.m. on Sunday

(You can also catch them at the Sinclair on Saturday night)

Although they’re very different bands, Converge and Piebald each emerged out of the same scene. Now, fans can see both of them on the Green Stage on Sunday. Considered one of the more influential bands that came out of Boston’s punk underground, their experimental sound is often given credit for pushing metal and hardcore music into new and interesting places, along with their contemporaries Cave In. And much like Piebald, this is a band you need to see live.

Where they’re from: Salem

Where to find them at Boston Calling: Green Stage at 3:10 p.m. on Sunday

It’d be hard to talk about Bay State rock and roll without talking about Buffalo Tom, the influential Boston three-piece whose fans include local musical royalty like J. Mascis. They got their start as a trio of friends at UMass Amherst in the ’80s, which, you’ll recall is where Kim Deal and Black Francis of Pixies met.

Where they’re from: UMass Amherst

This up-and-coming modern emo band met at Shepherd Hill Regional High School in Dudley and released their first EP in 2009. Renowned for their emotional intensity and jarring lyrics, their latest album, Goodness, moved in a softer direction and pays homage to New England artistic forebears, touching on the works of Ralph Waldo Emerson and Henry David Thoreau.

Song to know: Your Deep Rest

Where they’re from: Dudley

Vundabar is yet another local band to grow out of childhood friendships in Massachusetts. Brandon Hagan, lead vocalist and guitarist, and drummer Drew McDonald grew up together in Scituate. Formed in 2012, the band did a European tour in 2014 and is touring France and the U.S. this summer. In their 2015 album, GAWK, Hagan’s voice has been compared to the screech-like vocals that the Violent Femmes and Pixies are known for.

Where they’re from: Scituate

Where to find them at Boston Calling: Xfinity Red Stage from 2:35–3:05 on Friday

Holmes, a Gordon College grad, has made several appearances on Comedy Central, starred as Batman in CollegeHumor’s series Badman (including a Good Will Hunting parody) and wrote for NBC’s Outsourced and Fox’s I Hate My Teenage Daughter. Lately, he’s been starring in HBO’s Crashing, based on his own life and executive produced by Judd Apatow. Fun fact: He also uses his wit to draw cartoons for The New Yorker.

The voice behind Gene on Fox’s Bob’s Burgers emigrated from Russia to Lexington in his childhood, attended Lexington High School with fellow Lexingtonian Amanda Palmer, and went on to attend Hampshire College, where he majored in comedy. He’s given commencement speeches at both of his Massachusetts alma maters, which you can find on his Youtube Channel. His latest comedy special is now on Netflix, and his TV appearances are extensive, ranging from Inside Amy Schumer to Late Night with Seth Myers to Flight of the Conchords.

This isn’t the local talent’s first go-around at Boston Calling. Last year, the first time the festival offered a comedy stage, Price served as host, assisting in choosing the lineup of local comedians. A mainstay of Boston’s local stand-up scene, he has spent the past few years performing here and around the country, and has appeared alongside the likes of fellow Massachusetts natives Dane Cook and Bill Burr.

A veteran improviser and stand-up comic in Boston, Kelly should feel right at home at Boston Calling—she’s returning after performing on the comedy stage last year, too. In addition to her stage presence, she’s also worked in TV, with appearances on Comedy Central and Gotham Comedy LIVE. In January 2017, she released an album called You Woke Up Today that details life as a middle-age stepmom. On the eve of Boston Calling, catch her hosting the MITX Awards at the Royale.

Where she’s from: Natick

Since the Worcester native kickstarted his comedy career in 2009, Chambers has gone on to perform throughout the East Coast. He recently made his feature film debut in the 2016 comedy Good Kids. Comedy isn’t Chambers’ only field of talent, though: He’s also known for his smooth singing voice.

Where he’s from: Worcester

This Boston-based comedian finds humor in the day-t0-day “first world problems” of living in Boston, she tells the Daily Free Press. She’s appeared on Comedy Central, NickMom, and TV Guide Channel, and is a standout at the Boston Comedy Festival and Women in Comedy Festival. She also co-founded a showcase of New England talent called ColorStruck: Women of Color in Comedy.

Where she’s from: Boston