Harvard Lampoon Will Salute Unbreakable Kimmy Schmidt with a Parade

The stars of the Netflix show will cruise through Harvard Square on an Unsinkable Kimmy Ship. 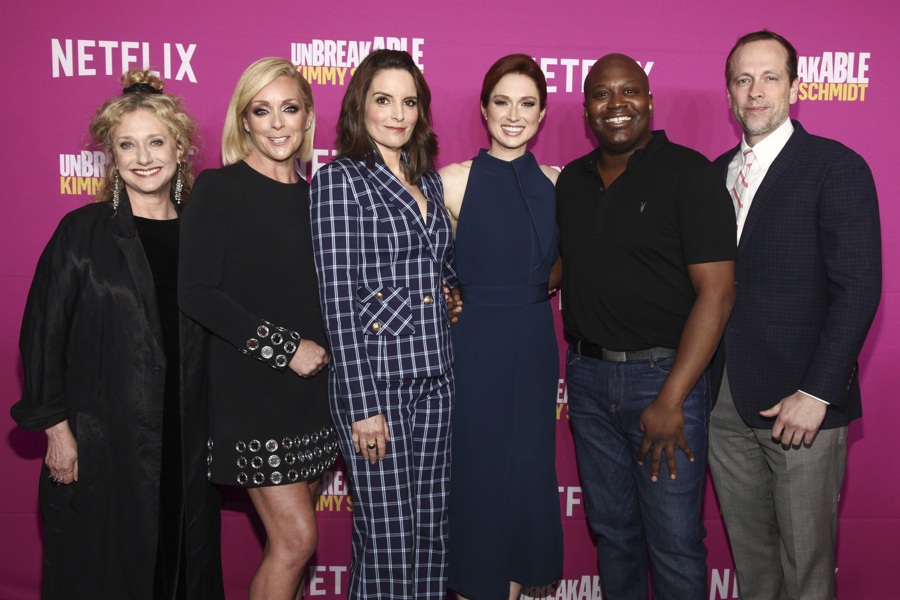 The cast and producers of the hit Netflix comedy Unbreakable Kimmy Schmidt are headed to Cambridge next week, where they’ll be celebrated in a parade hosted by the Harvard Lampoon.

According to the long-running satirical magazine and club, stars Ellie Kemper, Jane Krakowski, Tituss Burgess, and Jon Hamm, as well as producers Robert Carlock and Sam Means, will be feted at a celebration in Harvard Square on Thursday, May 9.

For the parade, the cast will apparently ride on a float shaped like a boat, which the Lampoon is calling the Unsinkable Kimmy Ship, en route to the club’s famed castle-like headquarters for an awards ceremony. In an email, Lampoon “half-president” Nicholas Grundlingh described the float as a “Titani-fied duck boat,” and the announcement warned of “nefarious icebergs impeding their path” on Bow Street—so interpret that however you want.

The Harvard-Radcliffe Veritones, an a capella group, will sing a rendition of the show’s theme song, and then the show’s cast will take part in a “private initiation ceremony,” according to the announcement.

The parade kicks off on Mass Ave. in front of the Hong Kong restaurant at 6 p.m.

Unbreakable Kimmy Schmidt was nominated for 18 Emmy awards during its run of four seasons, the last of which aired earlier this year. Robert Carlock, who created the show with comedian Tina Fey, is a Lampoon alum. Fey is not expected to attend.

In being initiated to the group, the cast will join some exclusive company. I’m told Jeopardy! host Alex Trebek joined the ranks of inductees in a private ceremony this week. The club typically initiates two celebrity guests each semester. Other honorary members, according to the club, include Tony Hawk, Elon Musk, Jimmy Fallon, Tiffany Haddish, John Mulaney, the Harlem Globetrotters, Trevor Noah, Nathan Fielder, and Richard Montañez, the inventor of Flamin’ Hot Cheetos.