Your Guide to All the Local Talent at Boston Calling 2019

A Northeastern student, some Best of Boston winners, and others with Boston ties will be taking the stage this weekend. 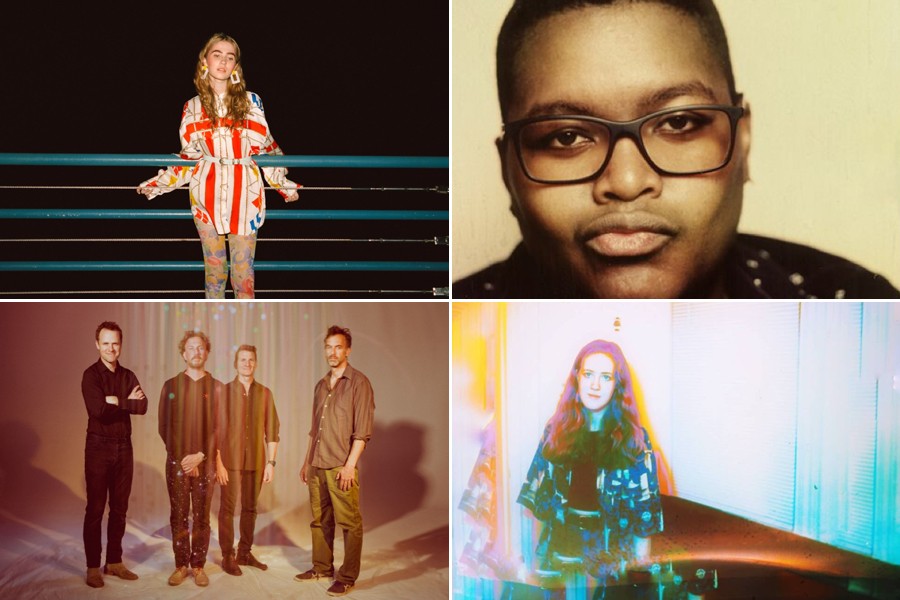 Interested in checking out some local talent at Boston Calling this year? You’ve got plenty of options.

A smattering of hometown heroes will once again take the stage at the three-day event, which kicks off on Friday at the Harvard Athletic Complex. This year, look for a couple of Boston Music Award winners, a Berklee alum, some homegrown comedians, and, for the first time, dancers from the Boston Ballet. Here’s who they are, and when to see them:

Carlisle’s Claire Cottrill, who goes by the stage name Clairo, was just 18 when she achieved viral fame with the l0-fi earworm “Pretty Girl” in 2017. A YouTube video for the song, in which she is decidedly un-made-up and sings about dealing with image-obsessed dudes, has been viewed more than 32 million times, and even inspired something called #theclairochallenge. Since then a series of catchy follow-up hits have attracted lots of attention, and earlier this year she appeared at Coachella.

Where she’s from: Carlisle, MA

A Boston staff favorite, Pile’s very early set time is case in point for why you really have to get there early to get the full Boston Calling experience. Their sound—dreary, aggressive, and anthemic—made them titans of the city’s indie rock scene a few years back, and it’s have earned them a rabid following (and a Best of Boston award). Can’t get yourself to Allston at the crack of 1 p.m.? You can always catch them at Great Scott on Friday night, where they’ll be doing a Boston Calling After Show set.

Where they’re from: Boston

Where to find them at Boston Calling: Green Stage, 1:15-2 p.m. on Saturday

Wild card band Guster formed in 1992, after three of its members met at a Tufts freshman orientation. Known for goofy live antics as well as killer soft-rocking tracks, Guster is still a fan favorite 27 years, eight albums, and many, many Paradise shows later. This year’s Look Alive sees the band going in a trippier direction than usual, but with lyrics and melodies as driving as ever. We can only guess at what the guys will pull out for their Boston Calling appearance (Pacman suits? Will Forte?)—we just know we won’t want to miss it.

Song to know: “Barrel of a Gun”

Where they’re from: Tufts

What’s the best way to celebrate finishing the semester? If you’re Sidney Gish, it’s playing Boston Calling. With dreamy melodies and sneaky-sharp lyrics, the 22-year-old singer-songwriter—and current Northeastern student—garnered local buzz with 2016’s Ed Buys Houses, which she followed with 2017’s No Dogs Allowed. A Pitchfork review and an opening stint for Mitski later, it only makes sense that Gish is jetting off for a European tour post-Boston Calling.

Where she’s from: Boston via New Jersey

Although she was born and raised in Sydney, Boston can still claim Betty Who, a.k.a bop queen Jessica Newham, as its own, thanks to her years at Berklee. Her tracks marry ’80s synths and take-it-or-leave-it swagger, which is probably why she’s been described as the best of Carly Rae Jepsen and Robyn. Her latest record, Betty, marks her first full-length release since splitting with RCA—and her biggest milestone since remixing the Queer Eye theme with the Fab Five.

Where she’s from: Berklee via Sydney, Australia

Sure, it’s unusual to see ballet dancers twirling on stage at a music festival, but as the Boston Ballet has shown us of late, it’s not your typical dance company. Whether they’re doing duets with with Keytar Bear, bringing masterworks to life at the MFA, or starring in a Boston musician’s (awesome) new music video, it feels like we’re seeing the Boston Ballet in atypical places more and more these days. How they plan to use their short and sweet time slots at the festival, we have no idea, but we’ll see you there.

Where to find them at Boston Calling:

If you’ve ever gone out in Boston, you’ve probably seen DJ Joshua Carl in action. The Cape Cod native started playing local hotspots in the ’90s, taking a break in 2006 to serve as a combat medic in Iraq. Upon his return to DJing, Carl upped his game by adding a new element to his sets: video. Now an established leader on the video DJ scene, Carl splits his time between DJing, VJing, and video remixing. Want to see him outside of Boston Calling? Catch him at venues like Oliver’s, Rise, Good Life, and the Liberty Hotel.

Where he’s from: Cape Cod

Just how influential is the Boston Music Award-winning Frank White in this city? Consider that a few years ago, after he lost his gear in a mugging after a set downtown, the DJ community rallied to his side and, in just a few hours, raised more than $5,700 to get him back on his feet. You may have seen him at Boston Calling back in 2013, or at Boston’s Best Fest in 2017.

Where he’s from: Boston

Things we know about Jenny Slate, in no particular order: She’s from Milton, she’s funny as hell, she has a book coming out in November, and she maybe like likes Michael Dukakis. The force behind characters Marcel the Shell (the best!) and Mona-Lisa Saperstein (the woooorst!), Slate also happens to be the queen of anecdotal comedy, with gems about how squirrels almost broke up her family and all the times she’s seen a psychic. Yeah, she may have starred in a Marvel movie or whatever, but to us, she’ll always be a little shell in a very big world.

Where she’s from: Milton, MA

Sam Jay is on a roll. In the past couple of years, the Dorchester native has landed a writing gig on SNL, filmed a half-hour special on Comedy Central, and appeared on The Comedy Lineup on Netflix. Plus, of course, booked a set at Boston Calling. Jay’s fast-paced stand up dissects her experiences as a gay black woman in today’s world (choosing the best adopted baby for your money; taking your vegan girlfriend to White Castle; et cetera), expertly playing both the ridiculous and the mundane for laughs.

Where she’s from: Dorchester

What would Boston Calling’s comedy lineup even be without Lamont Price? His knack for roasting his hometown has helped make him a Boston comedy club regular, sought-after emcee, and a Best of Boston alum—not to mention a must-follow on Twitter, where he self-identifies as a “Licensed Bootyologist.” By our count, he’s also the most-booked act in Boston Calling history.

Where he’s from: Boston

Where to find him at Boston Calling: Arena Stage, 4:25-4:40 on Friday, Saturday, and Sunday