They're breaking ground on the new 5,000-capacity venue next to Fenway Park. 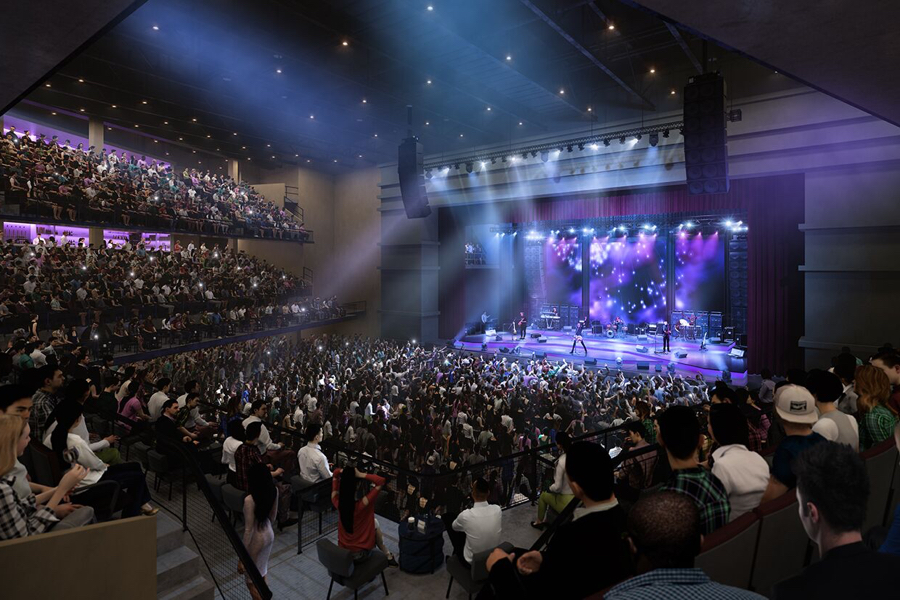 That’s the name the developers have given to the brand-new music venue planned for the triangle-shaped plot of land next to Fenway Park, which is slated to open in the fall of 2021.

Fenway Sports Group held a ceremonial groundbreaking for the project Friday morning, and for the first time shared a look at how the facility will look when it’s complete. A digital rendering of the interior shows a wide floor area, ringed by a flat balcony area, as well as two large levels of mezzanine seating.

“The layout of the venue has been devised to create a best-in-class acoustic and visual experience for each guest with a state-of-the-art sound system, seating on four levels, numerous concession and lounge areas, and a versatile floor plan with removable seats for the creation of a general admission section in the main hall,” FSG says in a press release.

In a statement, FSG Chairman Tom Werner predicts the venue will serve multiple purposes down the line. “We felt an indoor, performing arts space of this scale would not only provide an intimate setting for live events, but also create a wide array of educational initiatives and programming for the many arts schools, like the Boston Arts Academy, Berklee College of Music, and Boston Conservatory at Berklee, just steps away from the venue,” he says. “We are excited to get this development underway.”

With an estimated capacity of 5,000, the MGM Music Hall will be among the most spacious venues in Boston—roughly double the size of the House of Blues, which is located across the street on Lansdowne. It’s one of a handful of new and soon-to-open venues slated to come online in the next few years, which are shaping up to be a new golden age of live music in Boston. 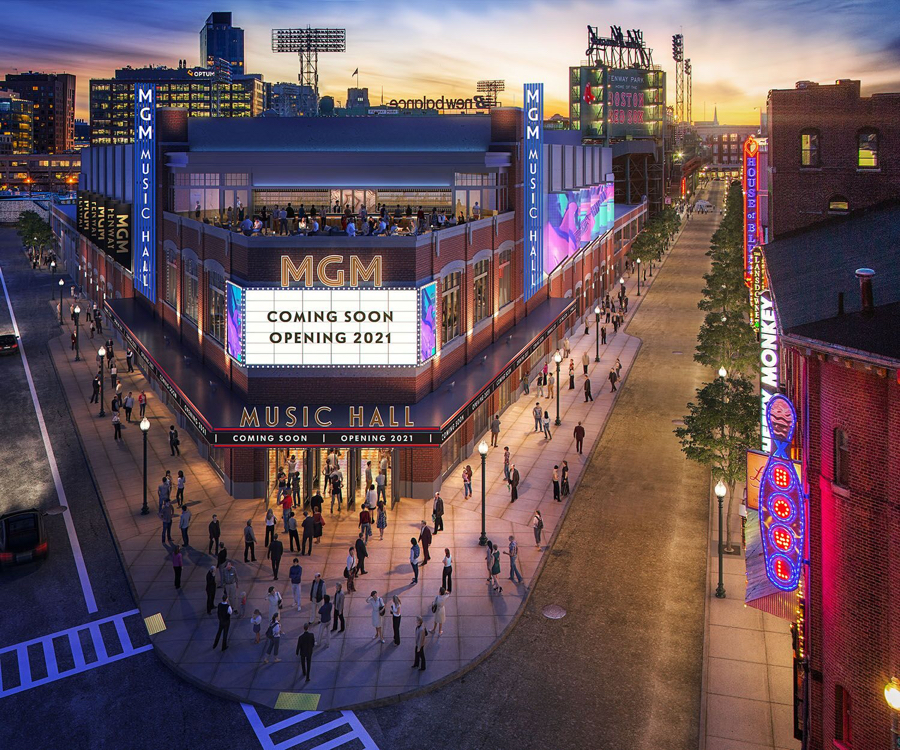 A mock-up of the exterior shows plans for a marquee and rooftop terrace. Rendering via Fenway Sports Group