More than 30 years after it was founded, Boston’s Theater Offensive has handed the reins to Harold Steward, a southern, queer African-American man who can’t wait to shake up the city’s status quo. This giving season, he wants you to help him do it. 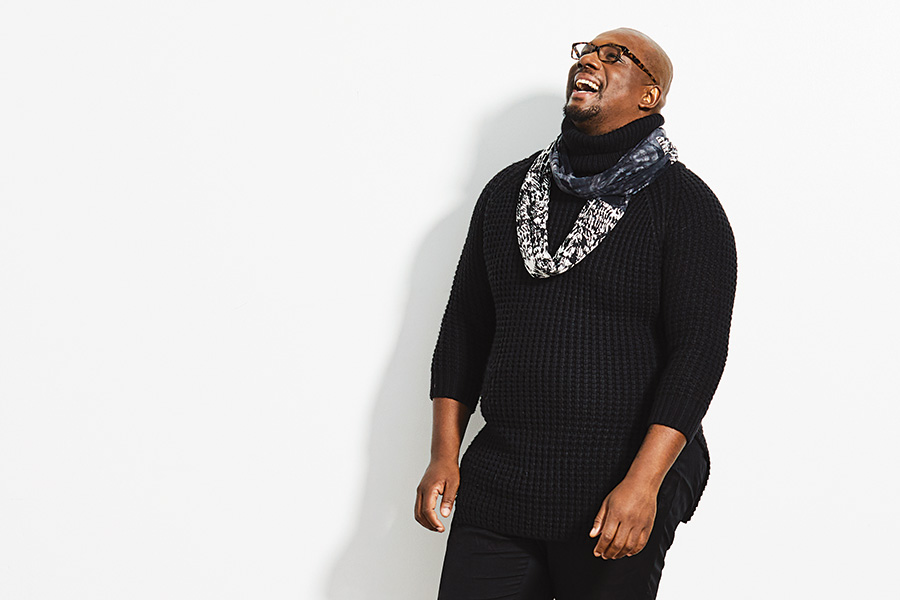 My first theater class was in middle school—my teacher got her MFA at Emerson College. As a child, theater matched my creative imagination, and gave me a sense of purpose, voice, and character.

I flew from Dallas to Boston on May 31, 2017, and started at the Theater Offensive on June 1. This past summer, Evelyn Francis and I stepped up as the new leadership.

At the Theater Offensive, we use the arts to address oppressive policies and practices and create a space where people feel a sense of belonging. For me, the Offensive is affirmative—political correctness won’t get the progress that we need. It’s always been those courageous enough to offend the status quo that have given us the liberties we all enjoy now.

Water in the Basement, a show coming this spring, looks at the humanitarian crisis at the border by introducing us to strangers trapped by the state in a basement. You begin to understand that society has forgotten the trans and gay people who are there, too.

Steward at a Glance

There’s a narrative in Boston that there are no people of color here, but in fact, white people are the cultural minority. That narrative has everything to do with ownership.

This month, we want to debunk the idea that philanthropy is overwhelmingly white and male. From Giving Tuesday until the end of December, we have a fundraiser called Give Offensively. It’s giving the gift of opposing a mainstream culture that’s offended by the queer identities we amplify.

We are in a cultural shift. Queer trans people of color are leading the way in the media and in politics. I want to celebrate the abundance and be an organization that thinks limitlessly.