The Seaport Will Have a Luxe Movie Theater After All

Alongside a full-service bar and restaurant called the Press Room. 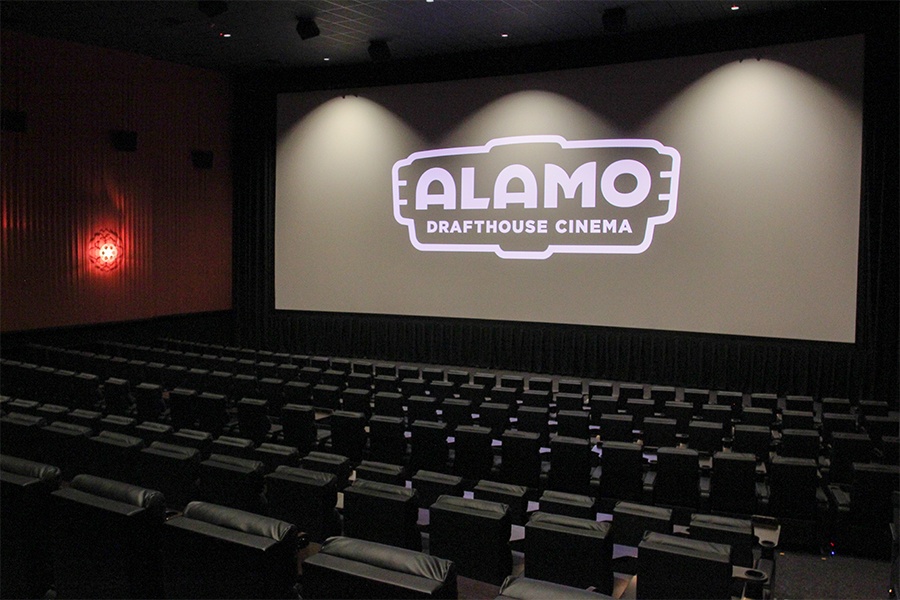 The Boston theater will look just like this one, which is in D.C. Photo by Bryce Bernier.

There’s a new light at the end of the tunnel for those of us who like to relax and put our feet up during a movie, perhaps after a full day of strolling the Seaport with friends: Alamo Drafthouse Cinema, the Austin-based theater company, found a good use for the long-vacant screens of the former Showplace Icon Theater, and plans to open its first New England location there. The new theater will be called Alamo Drafthouse Boston Seaport, which is a bit of a mouthful, so we can all agree to just call it the Alamo, right? Great, glad that’s settled.

As first reported by the Boston Globe, the Alamo (see how easy that was?) will have 10 screens, with plans to open in “early 2023,” according to a press release. Expect to see a mix of first-run movies as well as some more specialty programming and a full food and drink menu, and plan to enjoy digital 4k projection and surround sound, which will keep you from falling asleep as you lay back in a luxury recliner and rest your feet on the footrest. Parents may be excited to know they can make a day of it after heading to the Children’s Museum, and catch low-cost Kids Camp screenings. And yes, there will be a location of the Press Room, the full-service bar found in the theater chain’s New York location.

It’s all of a piece with the prior tenant. When the Showplace Icon Theater opened in the Seaport in 2018, it was met with much fanfare. The new theater brought more than the latest blockbusters to the neighborhood: It was a luxury theater, complete with cushy reclinable chairs that had an attached table where you could nosh on treats crafted by a range of boldfaced names among the cooking community in Boston, including Tiffani Faison, Will Gilson, Jamie Bissonette, and more.

At the time, it seemed like a good fit among the Seaport’s collection of upscale retail experiences, glitzy restaurants, and hopping nightlife. Then the pandemic hit, shutting down the very notion of hopping nightlife for months and months. The theater never really recovered—while cinemas were allowed to reopen in July of 2020, new releases were rare, with many production companies giving anxious moviegoers the option to stream new releases at home, and the theater shuttered again in September of that year, before closing its doors for good  in March of 2021. It was a harsh blow, coming as it did weeks before the closure of the similarly glitzy ArcLight theater in the North End, which never reopened after the initial shutdown.

But now! The movies are back, baby (in 2023, barring any unfortunate delays). In a press release, the Alamo folks wisely buttered us up a bit about our affection for Cinema, with Alamo Drafthouse CEO Shelli Taylor saying “We couldn’t be more thrilled to bring our love of film, food, and beer to Boston, a city with rich culture, deep history, and a vibrant moviegoing scene.” Hey, that’s us!

The new theater will, of course, open with the help of WS Development, which owns the building, where you can also find lululemon, Scorpian Bar, Kings Bowling, and more. In a statement, Ariel Foxman, general manager at Seaport Boston WS Development said, “We are thrilled to welcome Alamo Drafthouse to Seaport and be home to its first Boston location. It’s a best-in-class theater that brings movies and dining together to create an all around exceptional and fun experience for everyone.” 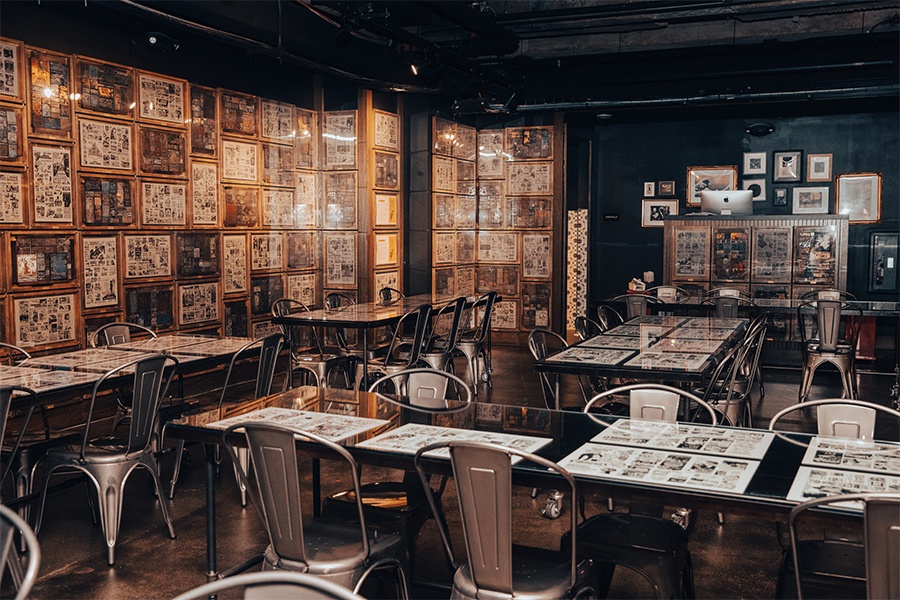 The Press Room in Manhattan. Photo by Michael Mansfield