Why Did it Take Boston So Long to Change School Start Times?

The scientific evidence supporting a later start to the day is overwhelming, but the Boston School Committee only just green-lit the change. 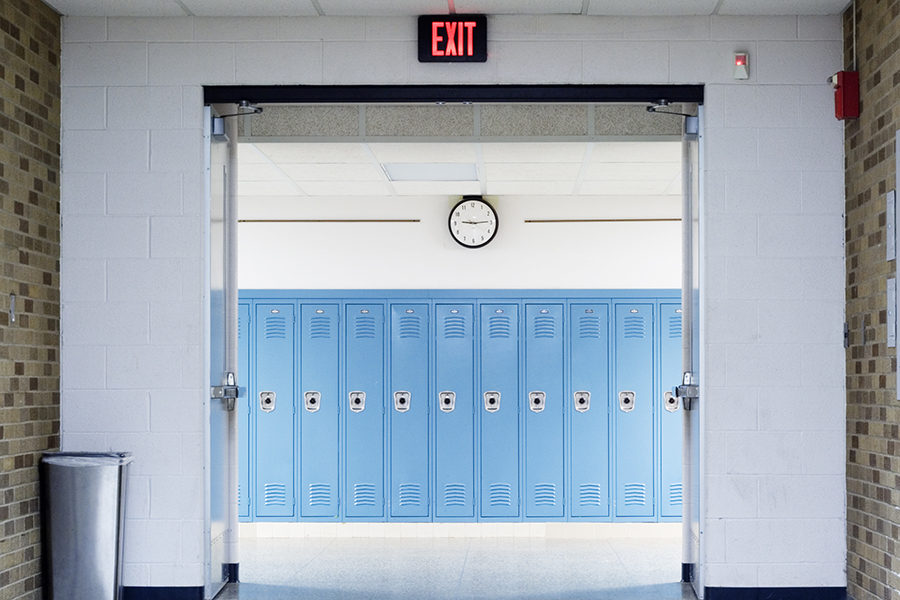 The alarm clock’s rude interjection is maddening at any age, but for teenagers in particular, a disrupted sleep cycle can be devastating. But next school year, students in Boston will have a few extra blissful, dream-filled minutes, as roughly 85 percent of the city’s schools announced new start times on Thursday.

Last year, the first bell rang after 8 a.m. for just 27 percent of students in grades 7-12, but come next year, roughly 94 percent of secondary school students will start class at 8 a.m. or later, Boston Public Schools announced. The later start times are only set to affect the older kids; some, but not all, elementary students may see earlier start times to accommodate the change. The Boston School Committee unanimously approved a proposal to push back school start times on Wednesday, but the clock’s been ticking on this one for quite a while, and the decision is far from universally beloved.

The announcements come after 18 months of community-based work conducted with MIT’s Operations Research Center, which collected feedback from 10,000 parents, students, and staff. But other research supporting later school start times is incredibly convincing: Students who catch a few extra Z’s have better grades, show up to class more often, and get in fewer car accidents. The American Academy of Pediatrics called the lack of sleep among school-aged children “an important public health issue.” And even the Center for Disease Control and Prevention weighed in to say middle- and high-school classes should start later in the day.

And all of that research—all of that thoroughly tested, reliable, scientific research—is more than two years old. In fact, sleep expert Charles Czeisler said academics were talking about the correlation between school times and sleep cycles way back in 1910. So why, in a state that is at the forefront of progressive policy and respects science quite a bit (just ask all of the people who showed up to our March for Science; we’re super into evidence!), did it take so long to adjust something as seemingly simple as a schedule of school bells? Why is changing start times “something no one thought was possible,” according to a CBS interview with Schools Superintendent Tommy Chang?

Opponents of later start times often combat scientific evidence with anecdotal evidence, noting the practical problems a schedule change would cause for athletics, after-school jobs, and bus schedules. And according to a December 2017 study in Sleep Health Journal, a behavioral-economics argument, rather than a scientific one, could be the key to turning the tide for start-time skeptics.

Researchers found that, shockingly, people like the status quo—we’re lazy creatures unlikely to deviate from the default option, and school schedules, which are complicated in a bustling family with multiple kids with various activities and priorities, are no exception. On top of that, Terra Ziporyn, one of the study’s authors and the president of Start School Later, a nonprofit that advocates for scheduling changes, told the Atlantic that when discussing scheduling changes, people can recoil or get defensive about their old routines. “It sounds like we’re telling people they’re bad parents,” she said. “And that’s not the point. The point is, this is something you want to do.”

No one likes people meddling in their business, particularly for something as personal as a morning routine, but given the overwhelming evidence to the contrary, it’s probably worth a little grumbling from parents. Boston’s school officials have clearly decided to prepare for this. According to the Boston Globe, members of the seven-person School Committee knew that there would be backlash to the decision to change start times. There’s something visceral and frustrating about being told that you’re going to have to eat breakfast at a different time, change the order everyone showers in the morning, and rethink your route to work to avoid the nuanced traffic patterns of a new departure time.

To combat this, the Globe reports that officials will send letters to parents to explain the changes, which will be posted on department websites, too. That may seem like a small step, but behavioral economists say choices like that can make a huge difference when trying to get people to change their behavior. The research also indicates that the 20 schools in Boston that did not change schedules may be more likely to do so in the future, as community members come to see a later start time as the norm and seek to reenter the status quo. No one wants to be the last one to catch on to a trend.

According to Start School Later, roughly 40 districts across the country heeded the scientific advice and pushed back start times for the 2017-18 school year. Just Ashland, Concord-Carlisle, and Monomoy represent Massachusetts on the list for the year, though several other districts throughout the Bay State have changed their schedules prior to this academic year. But, hey, better late than never, right? And in the case of school starting times, later is definitely better.

This story was updated at 12:45 p.m. on December 8 to clarify that some elementary schools will start earlier as a result of the scheduling changes.

An earlier version of this story misspelled Terra Ziporyn’s last name as Zieporyn. We regret the error.