Glossier Pops Up in the Seaport

Stock up on "Boy Brow" and other beloved products in the pop-up venue the Current until October 4. 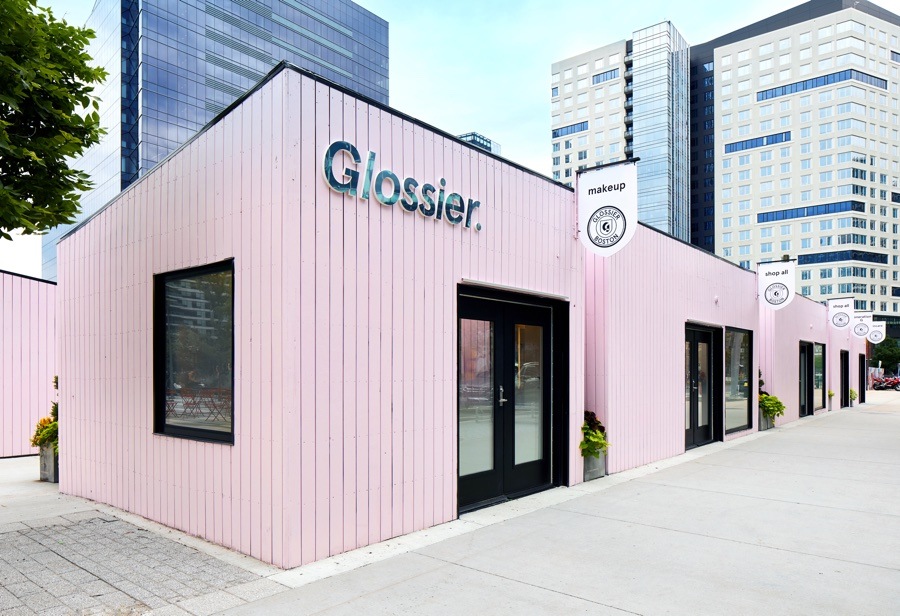 Get ready to see a lot more perfectly manicured bushy eyebrows around town, because the beloved millennial makeup brand Glossier opens tomorrow in Boston. Until October 4, the dewy-skinned, under-plucked, and makeup-obsessed will be able to try on, test out and gaze at their favorite products in person. 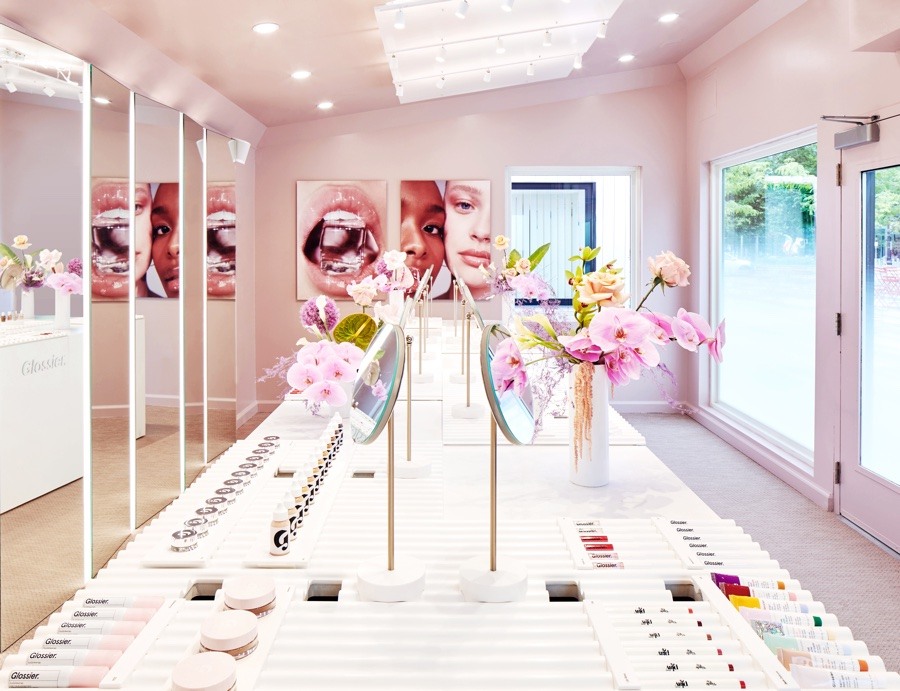 The digitally native brand, founded in 2014 by ex Teen Voguer Emily Weiss after her beauty blog Into the Gloss became wildly popular, has grown into an internationally recognized company with millions of fans and permanent stores in New York City and Los Angeles. Although just a pop-up here, Glossier is taking over not one, but all nine of the freestanding micro shops in the Seaport’s retail village “The Current.”

Painted in the brand’s signature pink shade, each boutique is dedicated to a different category, from makeup to skincare to body care to fragrance. The complete line, including the four inaugural Glossier Play products which launched at the start of March and the bestsellers Boy Brow, Cloud Paint, and Milk Jelly Cleanser, can all be purchased in person. And because last year one Boy Brow was sold every 32 seconds, there will be an entire boutique dedicated to brows. 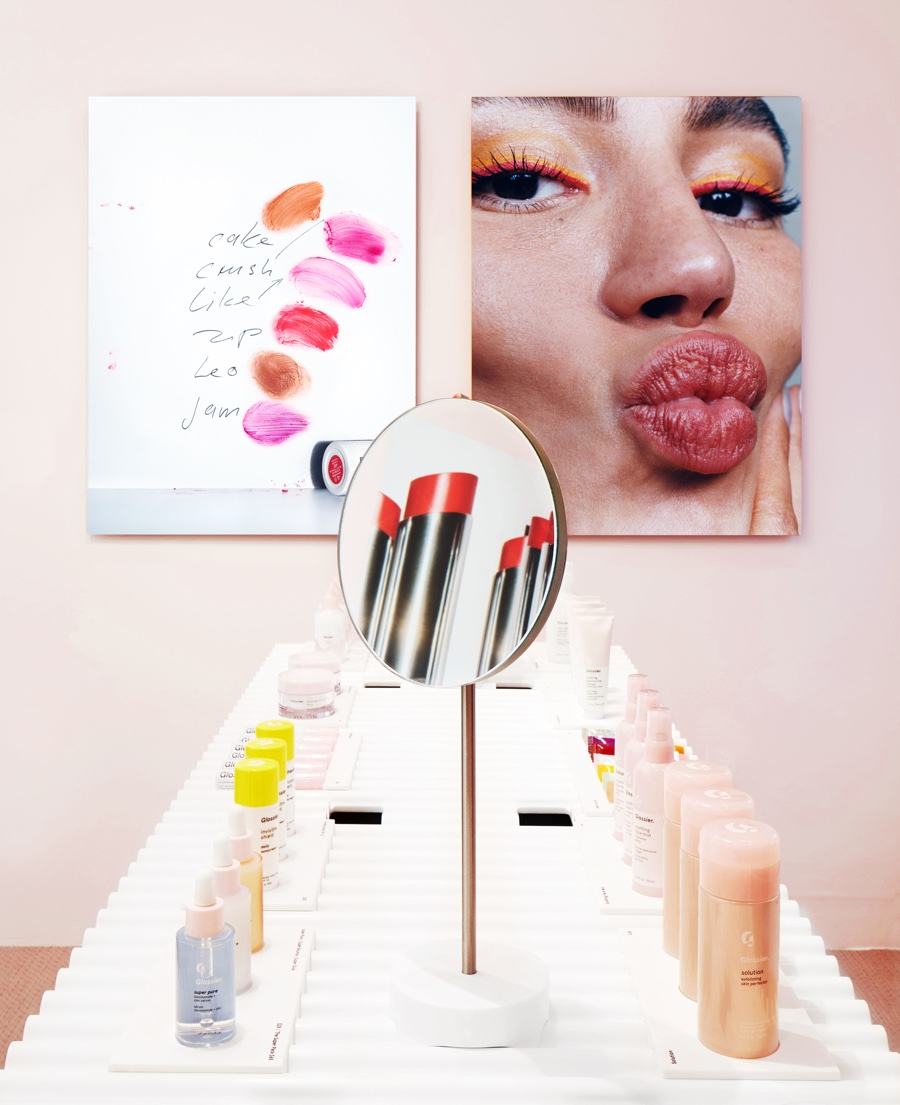 “The Current” was conceived in 2018. The first iteration featured all female-founded businesses, many of which were local, like Brass clothing, accessories by Sh*t That I Knit, and workout attire from Booty by Brabants. This year the ever-evolving lineup of businesses featured experimental and experiential businesses that played with the traditional notion of what a storefront can be. Rachel Rubin, for example, brought a miniature version of her Framingham salon and spa PRLR, and offered hair and makeup sessions with the option to take home headshots captured by a professional photographer. Glossier’s takeover is the first time that all nine shops are being used by one brand.

There is no longer any excuse for even a single brow hair to be out of place. 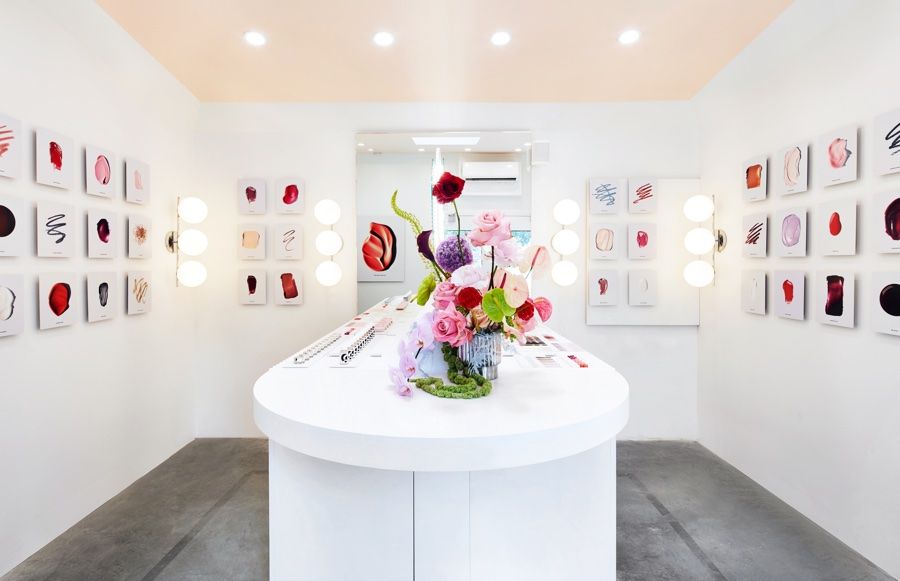 Glossier will be at The Current retail village at 85 Northern Ave starting Wednesday August 7th until October 4th. Hours are Monday through Sunday from 11 a.m. to 7 p.m. glossier.com.