The MGH oncologist is running his 26th Boston Marathon this year. 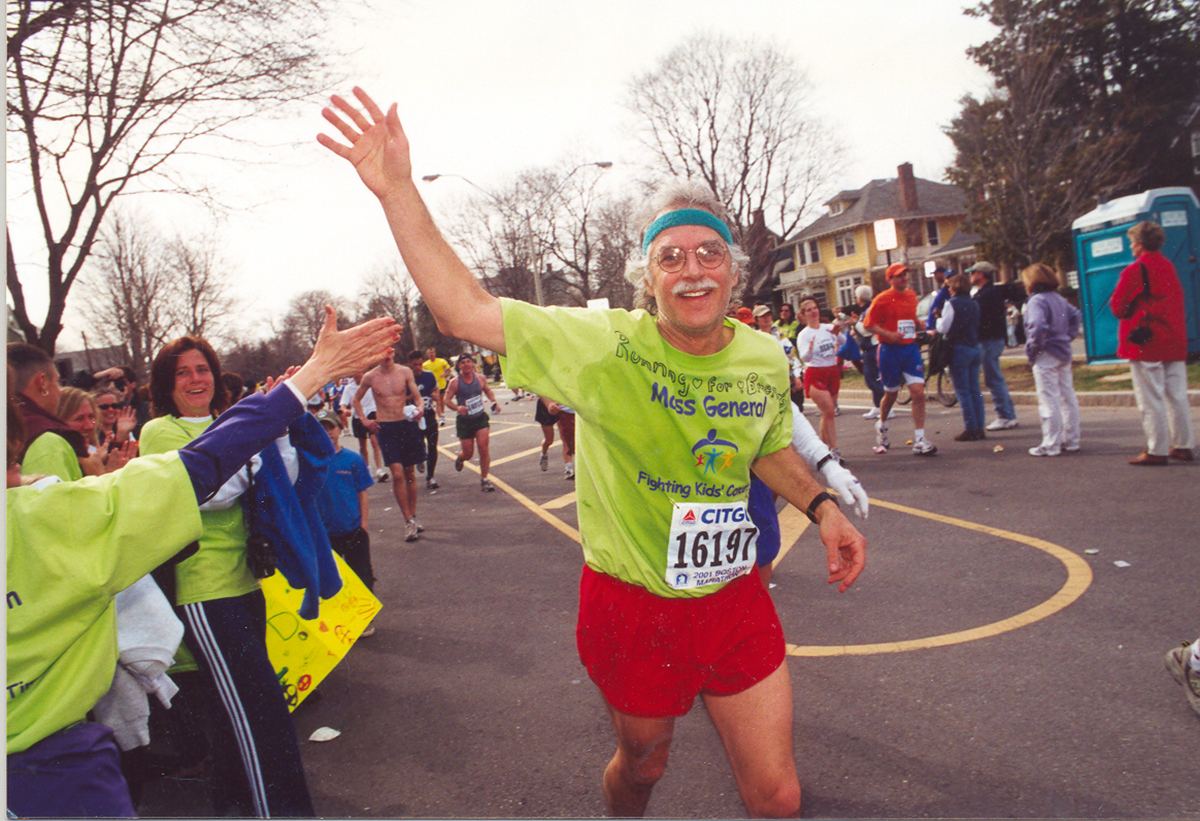 But even in the face of physical wear and tear, Weinstein says his motivation has never faltered. How could it, when he’s running to raise money for his own patients?

“My job isn’t done yet as an oncologist,” he says. “We’re now curing about 85 percent of children who have cancer. That’s great, but not good enough. We’re still striving to get to that 100 percent mark. My inspiration is easy.”

Twenty years ago, after running several Boston Marathons for Dana-Farber Cancer Institute, Weinstein started Mass General’s Pediatric Cancer Team to generate funding beyond that provided by the federal government. (That mission is perhaps even more relevant today.) Since then, it has raised a total of approximately $13 million, every cent of which goes to the pediatric oncology program at Massachusetts General Hospital for Children (MGHfC).

“I see directly how the funds are really helping my patients,” Weinstein says. “It’s really easy for me to keep going.”

It’s even easier since, during the quarter-century he’s been running the race, the Boston Marathon has become a family and community affair for Weinstein. His home is just yards from mile 20, so when his now-22-year-old twins were young, they started a lemonade stand to raise some extra cash for MGHfC. They ran the stand until going off to college—and raised approximately $20,000 in all—then handed the reins to other kids in the neighborhood.

Even today, Weinstein says his home is the unofficial Mass General cheering hub.

As for whether Weinstein’s lucky 26th Boston Marathon will be his last? The doctor says he’ll have to wait and see.

“It’s part of my rite of spring, it’s part of who I am. It’s going to be tough to give it up,” he says. “It’s a unique experience in so many ways. I don’t know if I can find a substitute for it.”