Think You Could Never Run a Marathon? This Double Amputee Disagrees 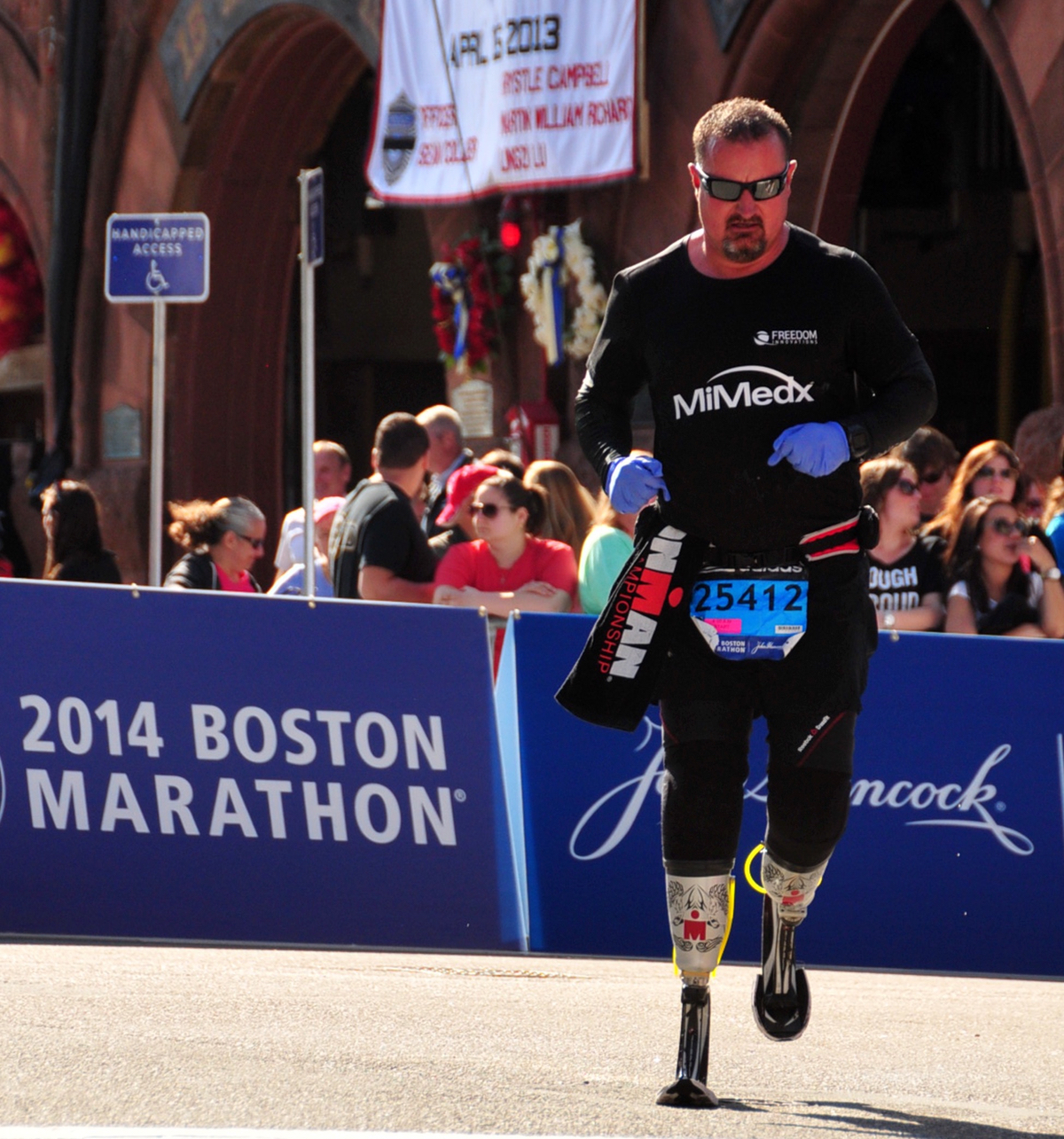 Despite what you may think—that you’re too out of shape, for example, or that you lack the time or experience to commit to training—Scott Rigsby believes you can run the Boston Marathon. Yep, even you.

In fact, that was the first thing he said to a certain Boston reporter when reached by phone yesterday. Had I ever run a marathon, he asked? When I told him I hadn’t, adding (dumbly, in retrospect) that I didn’t think I had it in me, he shot back quickly.

“You just told a guy without legs that you don’t have the ability to do a marathon,” he said, judging me from his hotel room the morning after he finished the big race for the sixth time. “I think if you have two legs and a big heart you can make it.”

Rigsby, of Atlanta, Georgia, is not likely to finish near the front of the pack, and he knows that. But that’s never stopped him before, and it didn’t stop him on Monday. He finished the marathon in just two minutes shy of 8 hours, and thus had this year’s longest finish time officially recorded by the Boston Athletic Association. I reached out to Rigsby to find out what kept him going for all that time on a particularly warm day, but he says this is his thing. Eight hours in the Boston sun is nothing.

More than two decades ago, at age 18, Rigsby lost both his legs in a car accident. For years, he says, he let the impairment hold him back. Then, after reaching a low point back in 2005, he decided to overhaul his life, took on an intense training regimen, and went on to become the first-ever double amputee to complete the 140.6 mile Hawaii Ironman. The feat took him nearly 17 hours.

Before he started training for in that 2007 race, he didn’t even know how to swim or ride a bike with prosthetics, he says. He was also approaching 40, which is not, typically, when one takes on one of the most physically challenging feats ever devised. “I just threw a hail Mary,” he says, but he pulled it off. “That journey was more about paving the way for others, like, ‘Hey, this can be done. I know this can be done, because I did it.”

He also says, for the record, that his time was a bit longer than usual during this week. His frequent stops to make adjustments slowed him down a bit, and so did all the gabbing he did along the way—there aren’t very many double amputee marathoners out there, and Rigsby is a talker, so on race day, he found himself chatting a lot.

Rigsby runs the Scott Rigsby Foundation, which encourages amputees and others with disabilities to follow in his footsteps and helps them train. He says more and more double amputees are mustering up the courage to run long-distance races they might have previously thought were impossible, and every year he gets emails from people who tell him he’s inspired them to try. He wrote a book, called Unthinkable, which chronicles his own story and, he hopes, convinces readers that their excuses for not taking on big challenges are bunk. He’s made his life’s work getting people out of self-imposed ruts.

So how often is he giving people a hard time about not running marathons or triathlons? Only when people ask him about his own career, and say they could never do what he’s done, which is often.

“They start putting all these limitations on themselves, but the hardest thing in any endurance sport is not the physical preparation, it’s the mental preparation and the mental toughness,” he says. “It’s not so much that I’m giving them a hard time, I’m trying to help them get past that mental barrier.”

So, what about my mental barrier? Will it keep me from running a marathon forever? Probably. But, Rigsby insists, it shouldn’t. 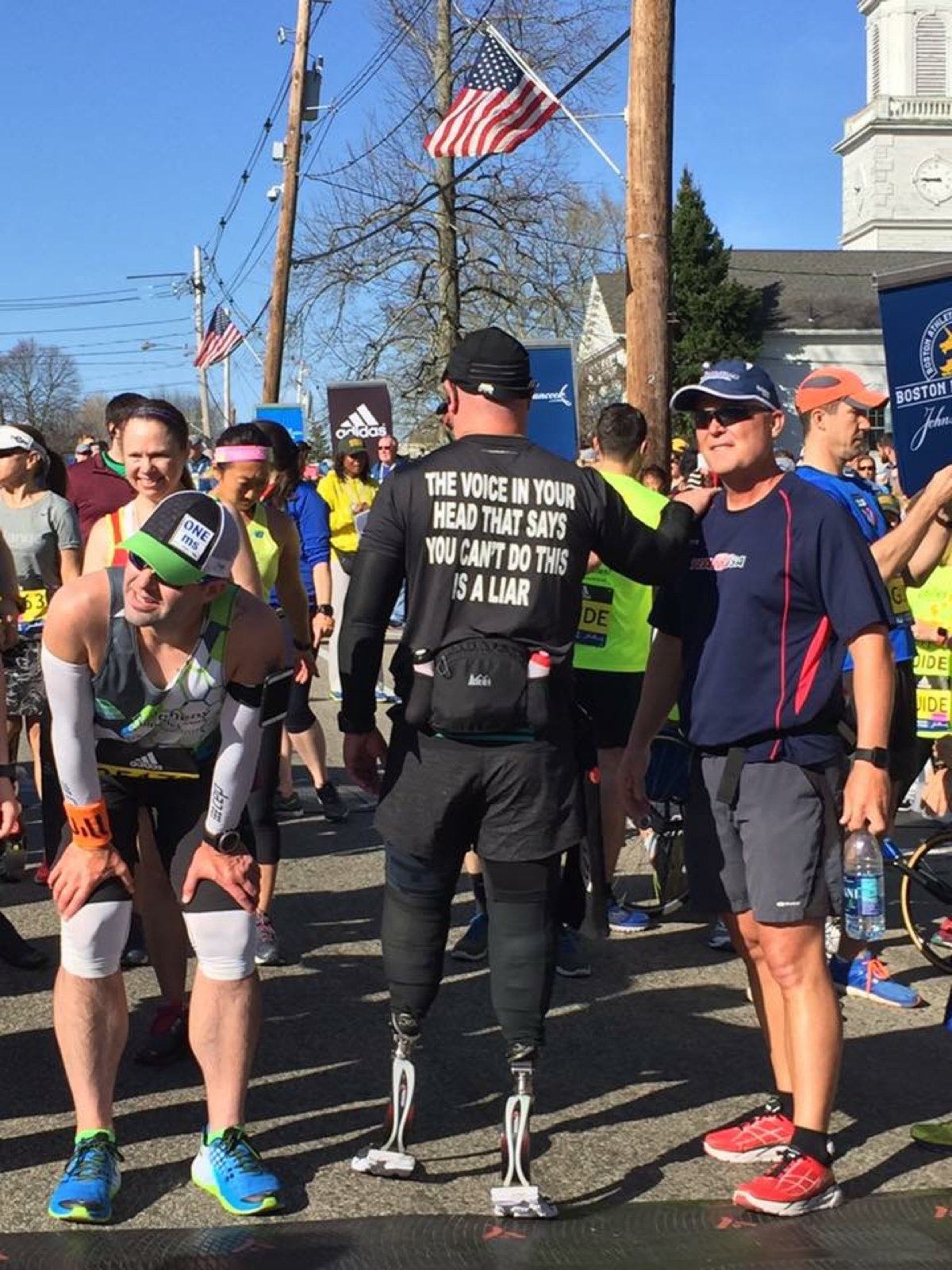