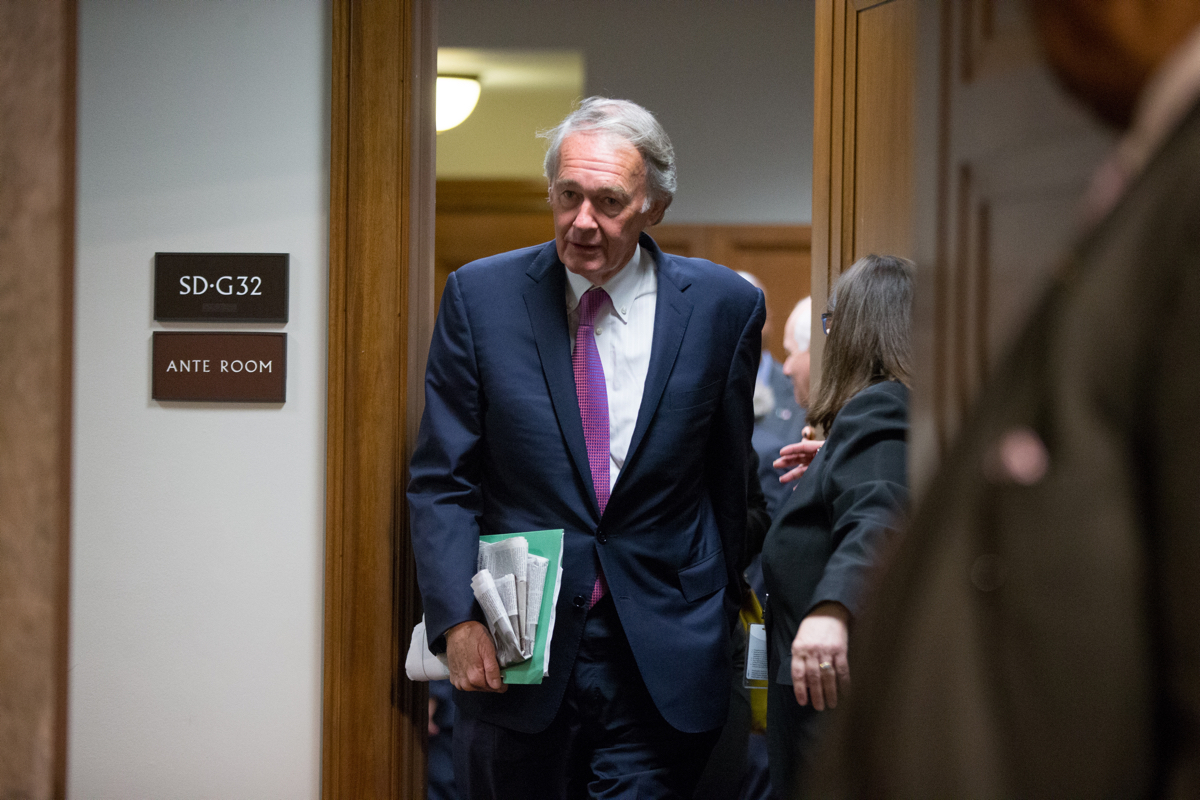 Leaders of the Gloucester-based Police Assisted Addiction and Recovery Initiative were at the White House as Trump described the “worst drug crisis in American history.” It’s estimated that there were more than 64,000 opioid-related fatalities nationwide last year, and roughly 2,100 of those deaths were among Massachusetts residents. In his remarks, Trump committed executive resources to combatting the crisis, including a promise to lift a rule that prevents certain treatment facilities from providing care to addicts and the rapid approval of state-submitted relief requests. But it wasn’t enough in the eyes of some Massachusetts officials.

Sen. Ed Markey, for one, was unimpressed. Markey, who along with Elizabeth Warren and a number of other Democrats is pushing for a $45 billion fund to fight the opioid crisis, told the Washington Post that the announcement was “nothing more than a dog-and-pony show,” and the president “offered the country a Band-Aid when we need a tourniquet.”

Rep. Joe Kennedy III similarly panned Trump’s speech for being “empty rhetoric [that] will only lead to a hollow response.” Similarly, Rep. Seth Moulton took to Twitter to criticize the president’s “incredible disregard for those in need” and to insist on concrete steps to curb the crisis. And Rep. Niki Tsongas also tweeted about the need to follow words with actions.

.@POTUS is going against advice of HIS OWN opioid commission with such weak follow through on this. Incredible disregard for those in need. https://t.co/ezH2bdn9QN

#opioidcrisis @POTUS can’t have the best of both worlds. Yes, this is a a public health crisis. Let’s take action.

For her part, Warren was slightly more positive, saying in a statement that the declaration was “a step in the right direction… but the administration must do more to back up its commitments with action.” Warren, along with Sen. Lisa Murkowski, an Alaska Republican, submitted a letter to the president earlier this month urging him to heed the July advice of his bipartisan opioid commission and declare a state of emergency.

Gov. Charlie Baker, who is a member of the president’s opioid group, also offered cautious optimism in the wake of the speech. His office released a statement saying the governor believes the Trump administration took “a strong step in the right direction.” In a less than surprising announcement, the state Democratic Party strongly disagreed with the Republican governor and said the president “continues to dole out empty promises.” The Party called for Baker to resign from the federal opioid commission.