Doctors from Dana-Farber and Newton-Wellesley weigh in on the findings. 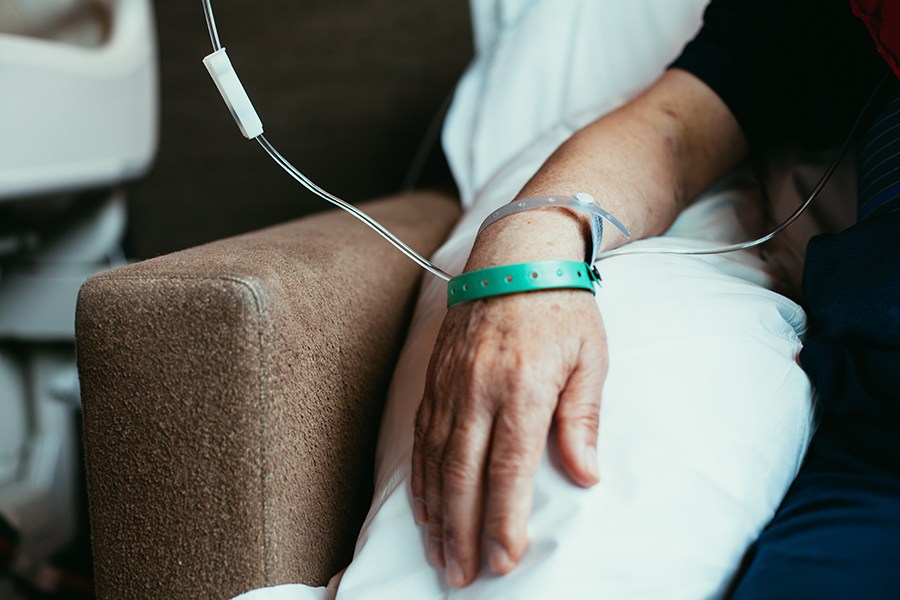 Chemotherapy can save lives, but while it destroys the bad cells invading the body, it is also a toxin to the good ones. The decision to choose chemo is sometimes a long and difficult process, one that is heavily weighed between patient and doctor. Now, the decision might be made a little easier for breast cancer patients—in favor of bypassing chemo all together.

A recently published study, which began in 2006, found that gene tests on tumor samples were able to identify women who could safely skip chemotherapy and take only a drug that blocks the hormone estrogen or stops the body from making it, according to the New York Times. It was presented at a meeting on Sunday of the American Society of Clinical Oncology in Chicago, where over 40,000 cancer researchers and oncologists were in attendance, and was published by the New England Journal of Medicine.

While the news seems like it could be a game-changer for breast cancer treatment, doctors are cautioning that it shouldn’t be taken as blanket news for all breast cancers.

“It’s important to note that this is only applicable to the breast cancer driven by female reproductive organs,” Dr. Eric Winer, chief of the Division of Women’s Cancers and director of the Breast Oncology Center at Dana-Farber/Brigham and Women’s Cancer Center, explains. Meaning, patients who have early stage breast tumors with cancer that has not spread to the lymph nodes, are sensitive to estrogen, test negative for a protein called HER2, and have a score of 11-25 on the Oncotype DX test. The DX test is used to gauge the activity of genes involved in cancer recurrence.

But that doesn’t mean this won’t apply to a lot of women—60,000 in the United States a year, to be exact, according to the Times. Winer says those types of cancer account for “a huge percentage of diagnoses, making up almost 70 percent of all breast cancer patients.”

The results of the study don’t come as a complete surprise to him, however.

“About 10 years ago a suggestion was made that there were a large number of women who were getting chemo who did not need it,” Winer says. Previous research showed that scores of 10 and under on the Oncotype DX test do not call for chemo and scores over 25 do, according to the Times. “Many of us cut way back on chemo use, but there were still some patients that fell in a gray zone. This study helped distinguish that those over 50 years of age and who score 11-25 on the test do not benefit from chemo.”

Those under 50 and with aggressive forms of cancer may still benefit from the use of chemo, he adds.

Not only is this helping doctors in their work, but it’s making the decision process regarding treatment options a little less complicated.

“Prior to Sunday, if I had a patient in front of me who scored a 20 on the Oncotype DX test, we didn’t really know if chemo would benefit them,” says Dr. Amy Comander, Medical Director at Auerbach Breast Center at Newton-Wellesley. “Now we know, and are able to help our patients make informed treatment decisions.”

She also points out how gracious the lead researcher on the study, Dr. Joseph Sparano, was by thanking the 10,000 women who made the brave decision to go into the study. “They changed the course of medicine,” Comander says. “I’ve already had this come up in my work today, that’s how big this is.”