Brandi Chastain and Michelle Akers will be a part of the groundbreaking work being done at Boston University on the debilitating brain disease known as chronic traumatic encephalopathy, or CTE. 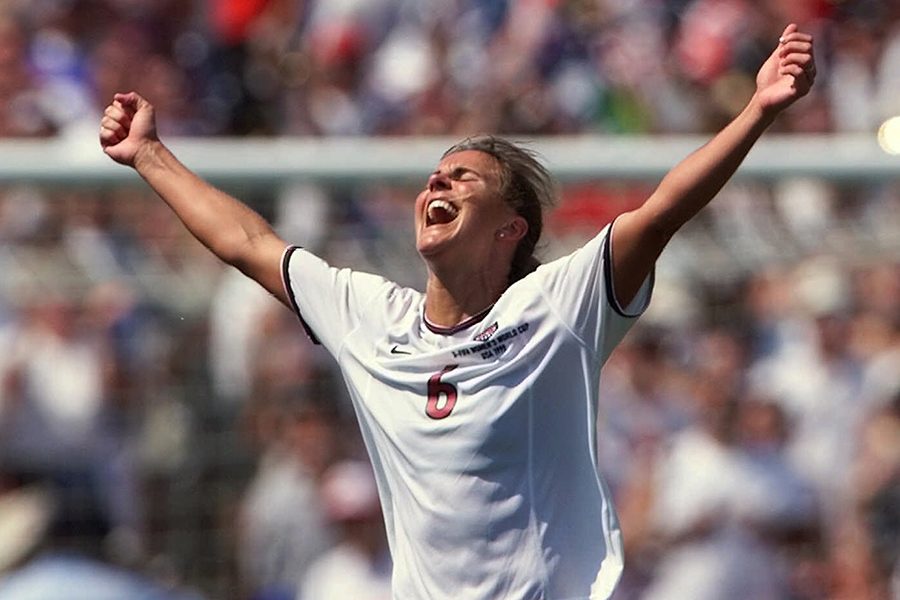 As the U.S. Women’s National soccer team gears up for the quarterfinal game of the World Cup this afternoon, a grim outlook on the nature of headers in the sport is also being discussed.

The BU CTE Center, which works to study the debilitating brain disease known as chronic traumatic encephalopathy, or CTE, has worked extensively by examining former NFL football players like the late Aaron Hernandez. Now, the center will look at star soccer players such as Brandi Chastain and Michelle Akers in a new study, on Soccer, Head Impacts and Neurological Effects, or SHINE.

Researchers want to see how headers, which soccer players often do to pass, shoot, or clear the ball, affects their cognitive function and overall health. Both Chastain and Akers told CBS they “aggressively and very proudly” did a lot of heading the ball, sometimes more than 50 times during a game. And, Akers even said she would not do it again.

BU researchers have already established that CTE can be caused by even minor head injuries but this study will take a closer look at the specificities of the sport, especially since so many young people flock to it. “I am concerned that this game played by hundreds of millions across the globe might be played in a way right now that could lead to later life brain disease,” Stern told CBS. “That’s pretty scary.”

Those eligible for the study include women at least 40-years-old who have played a minimum of five years of organized soccer, with at least two of those years at a level higher than high school, and at least one year at the professional level. Participants will go through a two-day examination at BU that will look at neurological, cognitive, mood, and behavior qualities through MRI scans, as well as blood tests.

Chastain tells CBS sometimes she can’t remember details of certain places or experiences and Akers says she has suffered migraines for decades. “One of the difficulties is, ‘how do you determine what’s not normal and what is?” Akers added in the interview with CBS.

And hopefully, this study will address just that, and potentially more.