After fat-shaming the Grammy-nominated singer and songwriter, the Biggest Loser trainer is facing intense criticism. 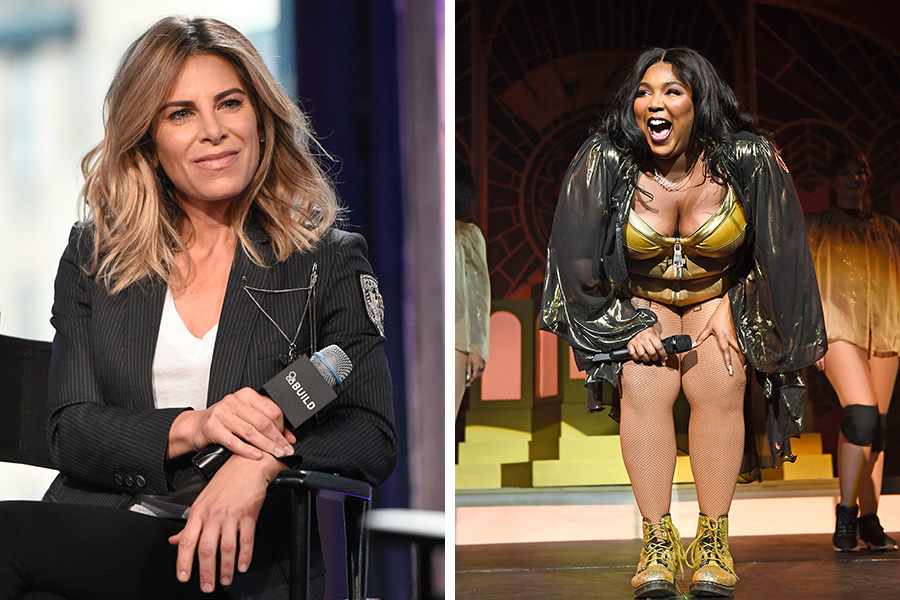 Haven’t we learned anything yet? We can’t fight fire with fire. We can’t create change with hostility and ego-driven façades. If our society at large is any indicator of this, the fitness industry is just a small microcosm of it.

This became excruciatingly apparent after fitness expert and trainer Jillian Michaels decided to share some unasked for personal opinions about the health and body of one of the most beloved singers and songwriters of our time, Lizzo, during a Wednesday segment of BuzzFeed News’s morning show, AM to DM—and then received extensive criticism.

If you haven’t seen the cringe-worthy 16-minute segment, let me fill you in. After host Alex Berg mentions how she enjoys seeing plus-size celebrities like Ashley Graham and Lizzo preaching body positivity and acceptance, Michaels immediately cuts in to offer her two cents: “Why are we celebrating her body? Why does it matter? Why aren’t we celebrating her music? ’Cause it isn’t going to be awesome if she gets diabetes.”

Now, if she had just stopped after, “Why aren’t we celebrating her music,” I don’t think anyone would have beef. The whole issue is that we’re still talking about women’s bodies as if nothing else about them matters, and that’s what is problematic.

But from that point, everything about the interview got worse. Berg didn’t seem to expect that coming from Michaels, and the rest of the conversation became a sounding board for the trainer to air her phobias of those who live in larger bodies.

“I’m just being honest,” Michaels said. “I love her music. My kid loves her music. But there’s never a moment where I’m like, ‘I’m so glad that she’s overweight.’” She went on to justify her statement saying, “We should always be inclusive, but you cannot glorify obesity. It’s dangerous.”

Now, I get it. We absolutely have an issue with obesity in this country. It stems from our society spoon feeding us conveniently prepackaged and preservative-filled foods, jobs that require little to no movement throughout the day, food deserts and prices making it that much more complicated to access healthier foods, and a health care system that takes more than it gives. But what Lizzo’s doing is not glorifying obesity. If anything, she’s inspiring change. She’s inspiring others who look the way she does to get out into the world and share their magic instead of feeling stifled by a society that doesn’t serve them. If Lizzo can’t celebrate her body, then Jillian shouldn’t be able to profit from hers either.

Michaels, best known for her work as a trainer on the Biggest Loser, also has a highly successful fitness app and is the author of nine best-selling books based on her standing as a fitness expert. The system directly rewards her for the body she is in and by stating, “Why are we talking about her body?” she’s sort of suggesting that no one else can reap the same benefits—which in itself is an issue. She is devaluing other women who look that way, all under the banner of claiming it’s in the name of health. In reality, health is not determined by size—there’s science backing that up. I’m not discrediting the risk of diabetes, or the health implications of obesity, but you cannot make health assumptions by looking at someone’s body size. Period.

And when did it become acceptable for two women to talk about another woman’s body on television? It was like being thrust back into the high school cafeteria watching the popular queen bee belittle others, while Berg, apparently unwilling to step in, let Michaels go on at length. Berg later indicated on Twitter that she “had to restrain myself from defending Lizzo’s honor” and then followed up again to say she appreciated people’s feedback and was reading through the comments and discussion.

And what do we know about popular girls who belittle others? They’re really just insecure about themselves. In a larger sense, it’s what happens when the entire fitness industry is scrambling to maintain its status quo in a world where we are finally accepting that health doesn’t need to look whitewashed and skinny.

If Lizzo ignites the masses and says, “Your body is great just the way it is,” Michaels has no business saying otherwise. We don’t need more fear mongering, or any more messaging that there’s something wrong with larger bodies. We need more radical self-acceptance—our mental health absolutely depends on it. Our self-worth can’t live in the past or in the future with some ideal former body or future body. We can work to change our outward appearances, or wish to change our health markers (if those are goals that we choose), but we can’t do that if we don’t have the self-worth to even start. It’s something Michaels might want to consider.