Ever Considered Joining a Polo Club? Now’s Your Chance

With polo clubs now welcoming beginners all across New England, the sport of kings isn’t just for royalty anymore. 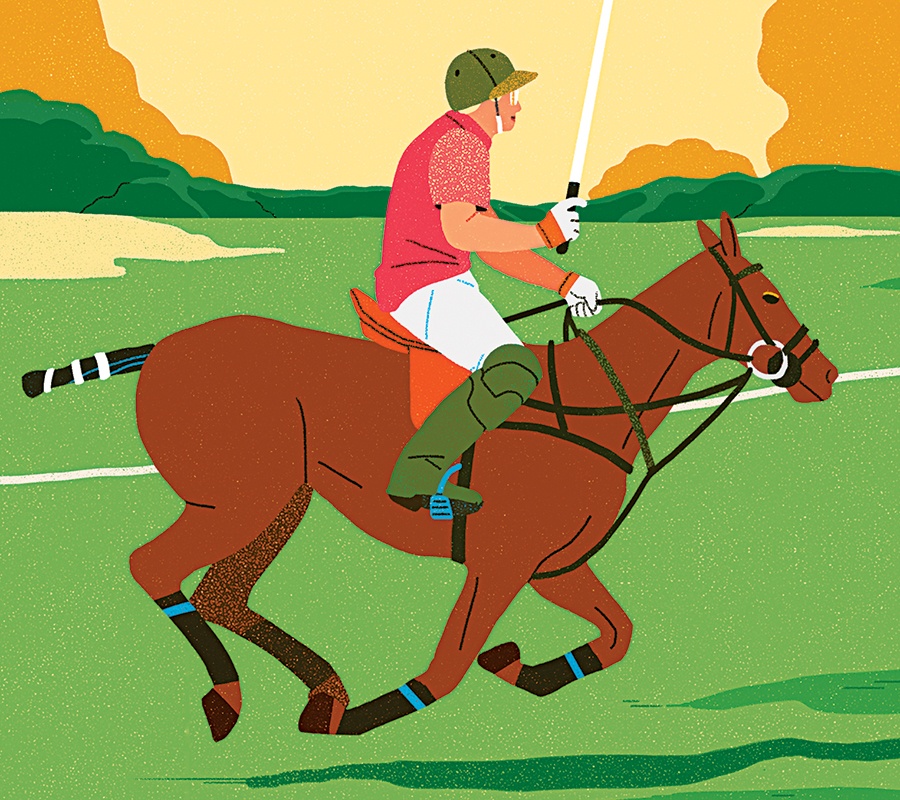 The year 2020 has brought many surprises, but if you’d asked me on New Year’s Eve if this was the year I would pick up polo, I would have gagged on my champagne. While the horseback-mounted team sport has a long history in New England—Myopia Polo Club in South Hamilton is among the oldest in the country, and the cluster of stables around Newport, Rhode Island, often draw some of the top players in the world—it’s typically a pastime that requires lots of insider intel and, well, lots of cash.

For better or ill, I have neither. I’ve never taken riding lessons, and I don’t possess bottomless coffers of wealth. And yet driving aimlessly on Route 133 in Georgetown one afternoon during the early-spring lockdown, I couldn’t help but feel intrigued when I spotted the discreet Boston Polo Club sign barely peeking out of the trees. Out of curiosity later that night, I Googled the club and found out it was offering an upcoming beginner’s course—five weeks, 10 lessons, a thousand bucks, no experience necessary. Considering that some of my friends spend nearly that much on SoulCycle and Barry’s Bootcamp every month, it struck me as a pretty reasonable deal and a creative way to get out of the house, so I took the plunge.

As it turns out, I wasn’t the only one who has hopped in the saddle lately. In its relatively short seven years, BPC’s membership has grown about 40 percent year over year. And with clubs spread across New England—from stalwarts like Stage Hill Polo in Newbury to more recent arrivals such as Heritage Farm Polo Club in Canaan, New Hampshire—it’s safe to say that the sport is having a moment, and becoming way more welcoming to newbies like me in the process. Sure, I had a bit of catching up to do relative to other beginners who had more riding experience, but by the end of those five weeks, I was trotting, cantering, and swinging my mallet with the best of them.

Many facets of the experience have proven intoxicating: quiet mornings in the stables; the physicality of brushing my horse and getting its legs wrapped for practice; the (socially distanced) camaraderie with new friends, after having spent so much of 2020 in isolation; and the sense that one day when I inevitably meet Prince Harry and he asks if I want to join him for a round of polo, I can shrug my shoulders and say, “Let’s.” But above all, polo has provided a sense of structure and a metric of progression in an otherwise disorienting and chaotic 2020. Now, as we round out this year with a presidential election and a potential second wave of COVID-19, I have decided to continue my twice-weekly lessons into the fall—because sometimes, the best way to escape your problems is to ride off into the sunset.