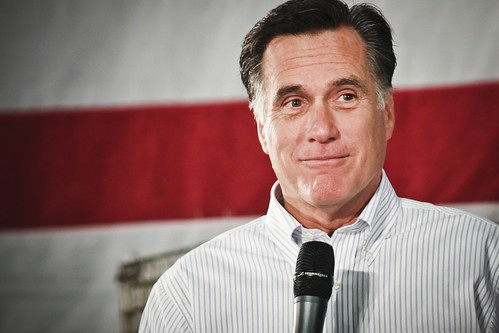 Here is how totally out-of-touch with reality Wall Street really is and why they have zero credibility on the issue of financial regulation.

In a New York Times story about the resignation of Ina Drew, the JP Morgan executive who oversaw the trades that led to a $2 billion loss, a former senior executive told the Times:

“The bank has taken bigger losses in investment banking and elsewhere, but because of the timing, she is being piled upon as this huge failure.”

Perhaps Wall Street types simply don’t understand big numbers the way the rest of us do. It’s not “the timing” that’s the problem here. It’s the money. $2 billion is a freaking huge amount of money. $2 billion represents the median family income for one full year for 38,525 American households. At the current rate of federal support, $2 billion would keep Planned Parenthood’s 800 clinics across the country up and running for over 28 years. And this exec just lost $2 billion. On a bet. That’s a huge failure, any time it happens, any way you slice it.

And a few weeks ago, when reports surfaced that a London-based JP Morgan trader nicknamed “the London whale” or “Voldemort” had made such huge bets that it was distorting parts of the credit derivatives market, Jamie Dimon, the head of JP Morgan, just blew off the concerns as a mere “tempest in a teapot.” It turned out to be more like a tornado in a Ming vase. The breakage was significant. And the latest reports suggest that the losses could eventually reach $4 billion.

It’s these brainiacs who want us to listen to them and gut the Dodd-Frank bank reforms and go back to the good ol’ days of un-regulated derivatives trading.

Derivatives were once described by Warren Buffet as “financial weapons of mass destruction.” Derivatives are so complicated it makes your hair hurt just to read a little about them. If you’re doubtful, read this 30-page 2009 Overview by Stanford Professor Kay Giesecke. I’ll save you some time searching for the really juicy parts. Just take a gander at this:

“Assume the default times are totally inaccessible and that exp(AT ) is integrable for a fixed horizon T > 0. We use the measure change argument of Giesecke & Zhu (2010) to develop a formula for the conditional Laplace transform φ(u,t,T) = E(e−u(NT −Nt) |Ft), u ≥ 0.”

By way of full disclosure, I don’t have a clue what this means. And the overview continues like this for 30 more pages.

The kind of derivatives contract these Masters of the Universe sell to people every day can run to 600 pages, and many of the investors who buy these instruments — like the guys who run your small-town pension fund — have no idea what the CDS contracts are really worth. They have to take the word of the guy in a $3,000 suit who’s selling it to them. There’s no transparency, which simply means that Wall Street firms like to keep prices secret from everybody but the buyer, so nobody can compare one deal with another to figure out if they are about to be screwed. It’s like buying a used car without ever being able to look up what any other 2004 Ford Fusion with 120,000 miles has ever sold for in the past.

If you want to get down in the weeds a little more, read F.I.A.S.C.O. by Frank Partnoy, a former derivatives trader for Morgan Stanley. Or read The Big Short or Liar’s Poker by Michael Lewis, the hugely talented guy who also wrote Moneyball. He used to be a trader for Salomon Brothers. The books are great reads, and both Lewis and Partnoy write of a culture of people who often use the phrase: “I am going to rip their face off!” And it’s not their worst enemy that these traders are talking about like that. It’s their customers — like that guy who runs your pension fund.