The AG's office will not comply with a subpoena for documents from Healey's Exxon Mobil investigation. 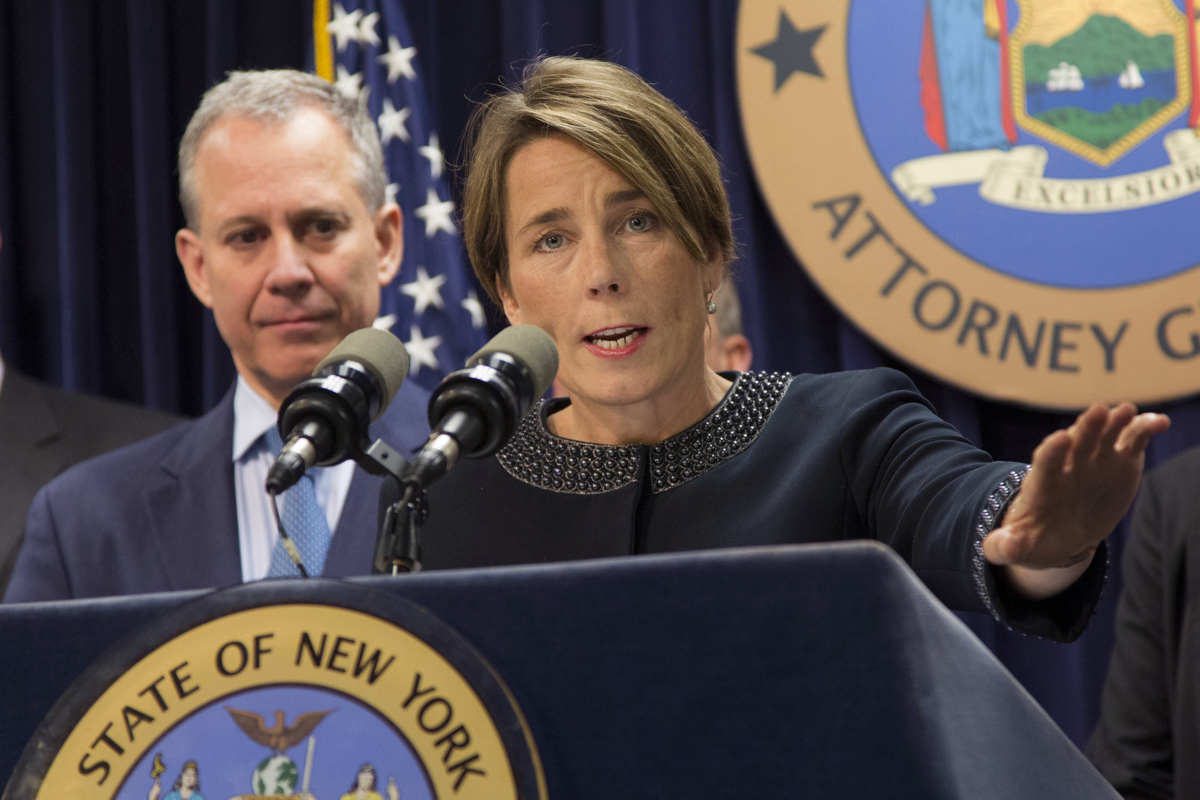 The Boston Globe reports that Healey will not be complying with a subpoena regarding her research into the company. The request, from Republican Congressman Lamar Smith, the chairman of the House Space, Science and Technology Committee, is for documents from an investigation into whether Exxon Mobil knowingly misrepresented their findings on climate change.

This is the second such request from the House committee since Healey and New York Attorney General Eric Schneiderman opened the investigation into Exxon Mobil in April. Healey called the first subpoena, which was issued July 13,  “an unconstitutional and unwarranted interference with a legitimate ongoing state investigation.” Her office maintains that Congress has no jurisdiction over the state-level case.

Healey and Schneiderman opened the investigation last spring after reports published by InsideClimate News in 2015 suggested Exxon Mobil had deliberately misled the public about the findings of their own research on climate change for decades. In January, a court ruled in Healey’s favor and ordered Exxon Mobil to hand over documents on their climate change research spanning 40 years to Healey and Schneiderman.

In response to the subpoena, Chloe Gotsis, a representative for Healey, said, “Our office does not intend to comply or yield to further harassment, and we join Ranking Member [Congresswoman Eddie Bernice] Johnson in urging the chairman to find something more productive to do.”