Cartoonist Theodor Geisel was born on this day in 1904. 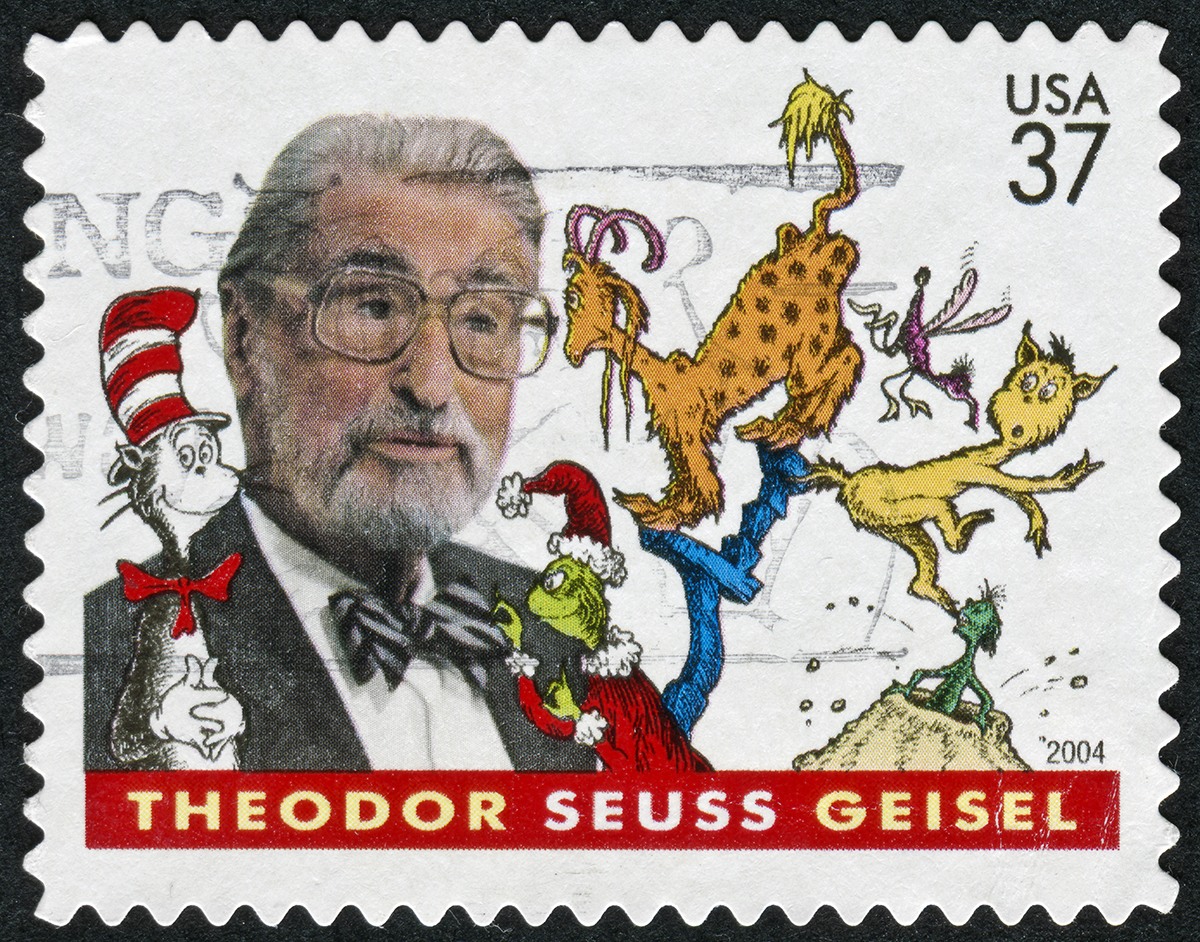 One of the world’s most famous storytellers was born 113 years ago today in Springfield, Massachusetts.

Theodor Geisel, better known as Dr. Seuss, was an author and illustrator who penned nearly 50 children’s books. His beloved titles like One Fish, Two Fish, Red Fish, Blue Fish and How the Grinch Stole Christmas! have been charming readers for decades.

Dr. Seuss didn’t start out planning to be Dr. Seuss. As a student at Dartmouth College, Geisel edited and contributed cartoons to the school’s humor magazine. He went on to pursue a PhD in English at Oxford University but never obtained it. Geisel was persuaded by a classmate named Helen Palmer to become a cartoonist instead. Soon after, the two became engaged, and they moved back to the United States.

The couple settled in New York City in 1927, and for a time, success was just out of reach. Geisel gained momentum illustrating advertisements and creating cartoons for a few magazines. After taking time to travel around the world with his wife, Geisel wrote and illustrated his first book. And to Think That I Saw It On Mulberry Street was met with more than 20 rejections before it was printed in 1937.

Other stories followed in the years to come. The author and illustrator dreamed up whimsical tales like If I Ran the Zoo and Horton Hears a Hoo!, coloring the pages with his one-of-a-kind characters. In 1957, his first best-selling book was published. Geisel pieced together The Cat in the Hat after his publisher asked him to write a story using more than 200 vocabulary words for children.

Geisel went on to see his stories and illustrations converted into films and TV specials. In 1956, he was given an honorary doctorate from Dartmouth, and in 1984, he accepted a Pulitzer Prize. Geisel continued to write books for children and adults until the end of his life. His final book, Oh, the Places You’ll Go!, was published a year before his death in 1991.

Every year on March 2, schools and libraries across the country hold reading celebrations to honor Dr. Seuss’ birthday and National Read Across America Day. Perhaps next year, the day will be celebrated with field trips to the soon-to-be Dr. Seuss Museum in Springfield. The Amazing World of Dr. Seuss is set to open in in June 2017.