The senator visited the Windy City to promote her new book. 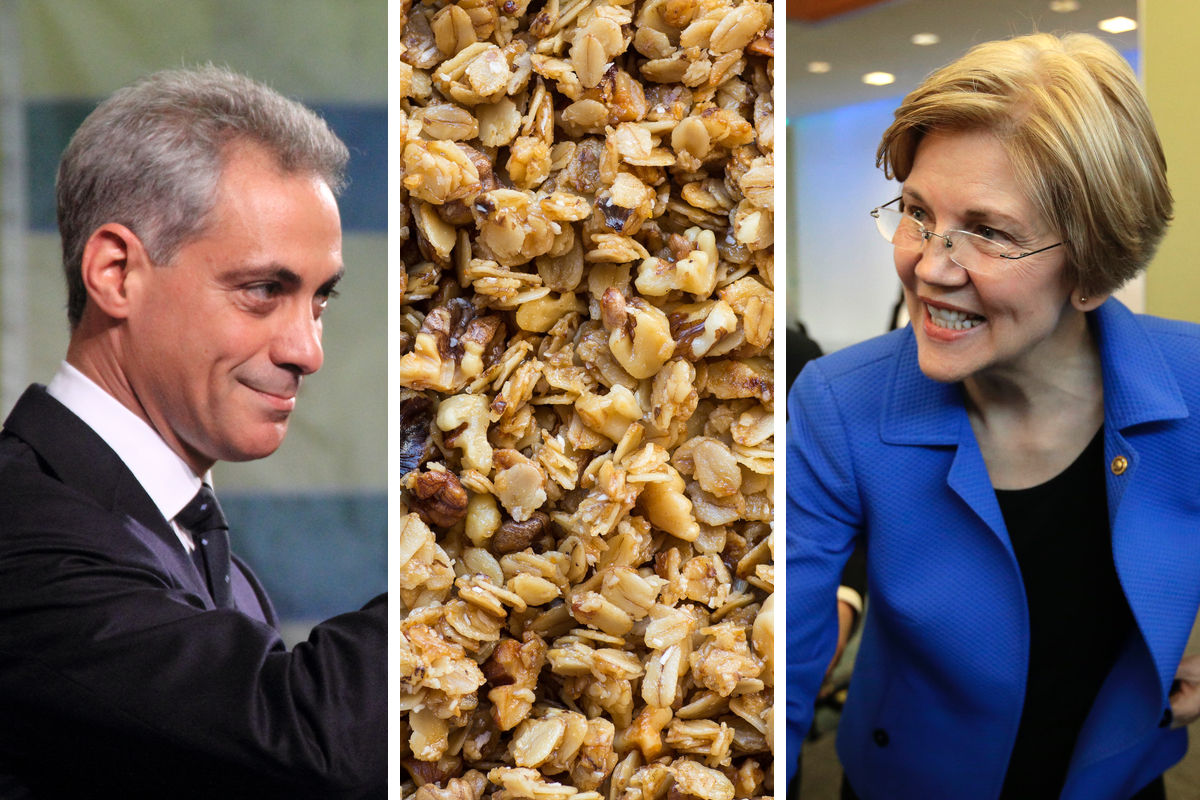 Elizabeth Warren and Chicago Mayor Rahm Emanuel reportedly chewed the fat this weekend over something just a bit more nutritious.

Warren, in town to promote her new book This Fight Is Our Fight, met with the wildly unpopular Democratic mayor at Cafe Selmarie in Lincoln Square, Politico Illinois reports, where Emanuel bought her some granola—”apparently a Rahm favorite.”

The two meet fairly regularly, according to a source close the mayor, to discuss the future of the Democratic party and national politics. They also met when the mayor traveled to Washington D.C. last month.

According to Cafe Selmarie’s menu, the granola is made real maple syrup, almonds, walnuts, and pecans, and served with organic greek yogurt and fresh fruit for a cool $6.95.

Warren was criticized for her book tour by a possible 2018 challenger, state Rep. Geoff Diehl. On the steps of the State House Monday morning, Diehl vowed that he would not write any books while in office. “It’s more important to her to write books and try to make sure that people know how much she stands against our president and the work that he’s trying to do for the American people,” he said.