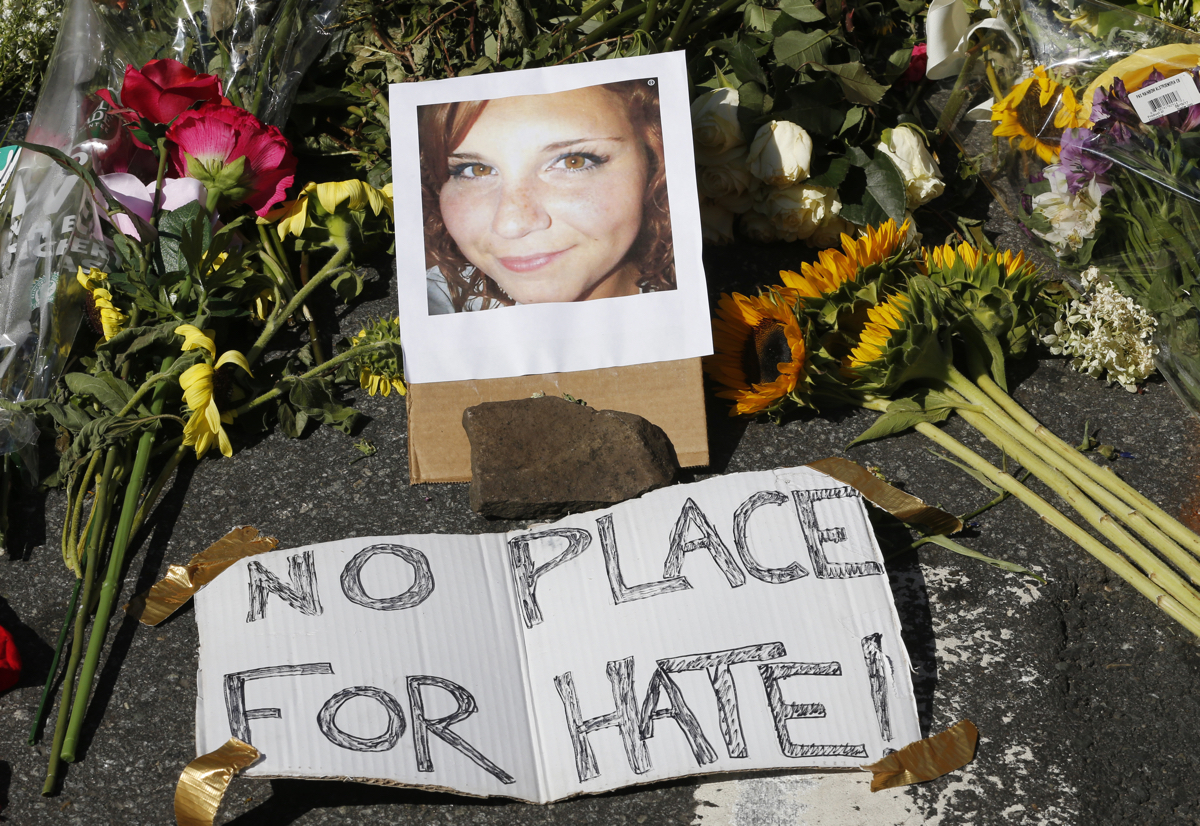 People around the world were horrified when news broke that, amid this weekend’s violence in Charlottesville, a man drove his car into a crowd of anti-racism protesters, killing 32-year-old Heather Heyer and wounding at least 19. The attack, which by all indications was committed by a Nazi-sympathizer, was widely condemned.

Except, not by Springfield Police officer Conrad Lariviere, who appeared to laugh at the victims of the attack on social media.

“Hahahaha love this,” Lariviere wrote in a since-deleted Facebook comment below a post about the incident by conservative writer Ben Shapiro, which was obtained and published by the site MassLive, “maybe people shouldn’t block roads.”

When another commenter criticized him and asked, “How many times has a car plowed into you?” he replied, “Actually [redacted] I’ve been hit by ashitbag [sic] with warrants but who cares right you ignorant brat live in a fantasy land with the rest of America while I deal With the real danger.”

Lariviere, who spoke with MassLive, has walked back his comments. “Never would I want someone to get murdered. I am not a racist and don’t believe in what any of those protesters are doing,” he said in an interview. “I’m a good man who made a stupid comment and would just like to be left alone.”

Springfield Police confirmed their force includes a police officer by that name and are now investigating.

Lariviere also wrote, apparently responding to someone who referred to the driver as a “Nazi,” a comment asking “how do you know he was a nazi scumbag? Stop being part of the problem.”

It would later be reported that the alleged driver of the car, 20-year-old James Alex Fields, Jr. attended the rally along with the white supremacist group Vanguard America and was seen carrying a shield bearing its insignia.