Charlie Baker and Other State Leaders Are Denouncing Nazis 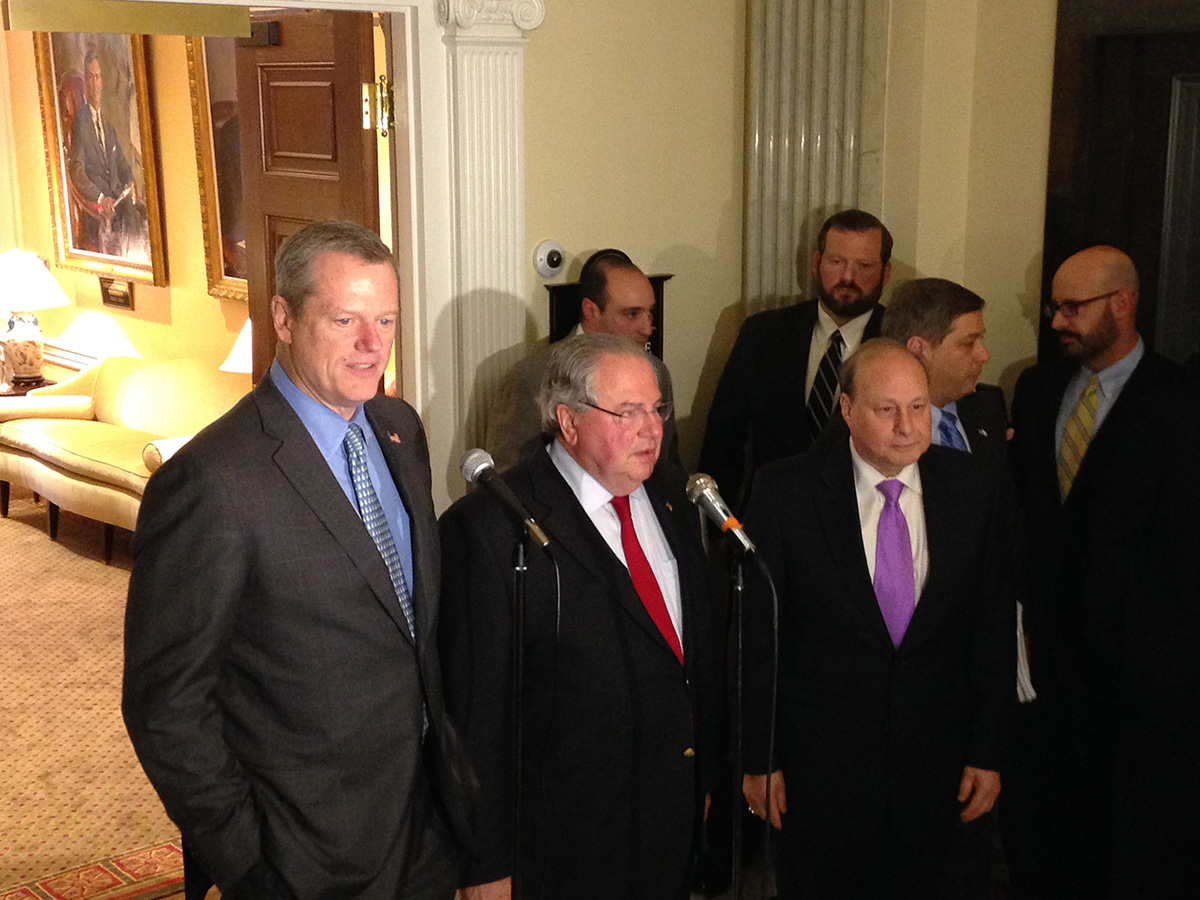 Update: Here it is:

Earlier: It’s pretty surreal that this is needs to happen. But here we are.

Republican Gov. Charlie Baker, along with House Speaker Bob DeLeo, and Senate President Stan Rosenberg, both Democrats, will join forces Thursday morning to condemn neo-Nazis, white nationalists, and other affiliated groups that gathered in Charlottesville this weekend—and encourage leaders at all levels of government to do the same.

Baker’s office says he will issue a proclamation, and both DeLeo and Rosenberg will present identical resolutions. Each would be sent to Charlottesville Mayor Mike Singer, Virginia Gov. Terry McAuliffe and President Donald Trump, reports the State House News Service.

The resolutions, according to the News Service, say neo-Nazism and white nationalism “are continuing to grow as menaces to societal order as they seek to reignite social animosities, reverse improvements in race relations, divide the nation, and foment hatred, classism, and ethnic eradication.”

“[W]e strongly denounce and oppose the totalitarian impulses, violence, xenophobic biases, and bigoted ideologies that are promoted by white nationalists and neo-Nazis,” the draft resolution reads. It continues, “[W]e urge law enforcement agencies and elected officials at every level of government to condemn white nationalist and neo-Nazi ideology, to vigorously pursue justice in response to hate-fueled violence and work to ensure the protection of the marginalized and targeted communities.”

The reason this has to happen at all, it seems, is the mess that President Trump has created by seeming alarmingly reluctant to disavow these groups, who in addition to lionizing Confederate generals and calling for horrors like an “ethnostate” are also supportive of his agenda and presidency. It took him two days after white supremacists carried torches on the campus of the University of Virginia for Trump to begrudgingly say the equivalent of “Nazis are bad,” and he insisted in a bizarre press conference that Nazis share blame for violence in Charlottesville with anti-Nazi protesters.

He took things further again Thursday morning, tweeting that he sides with those who defend the statues of secessionist leaders erected after the Civil War. Remember, the white nationalist rally in Charlottesville came in opposition to the removal of a statue honoring Robert E. Lee. At a demonstration near that statue, torch-bearing protesters chanted phrases like “you will not replace us” and “Jews will not replace us.”

“Sad to see the history and culture of our great country being ripped apart with the removal of our beautiful statues and monuments,” Trump wrote.

In Massachusetts, the state’s only Confederate monument—which is out on George’s Island in Boston Harbor—has been boarded up, and appears to be on its way out.

Boston is also preparing for the arrival of a “Free Speech Rally” on Saturday at Boston Common. The gathering, intended to reinforce the idea that all speech, even abhorrent speech about race, religion, and gender, should be protected. Huge crowds of protesters countering the views of the events’ speakers are expected.