They're butting heads over a bid to overhaul the controversial "franchise law." 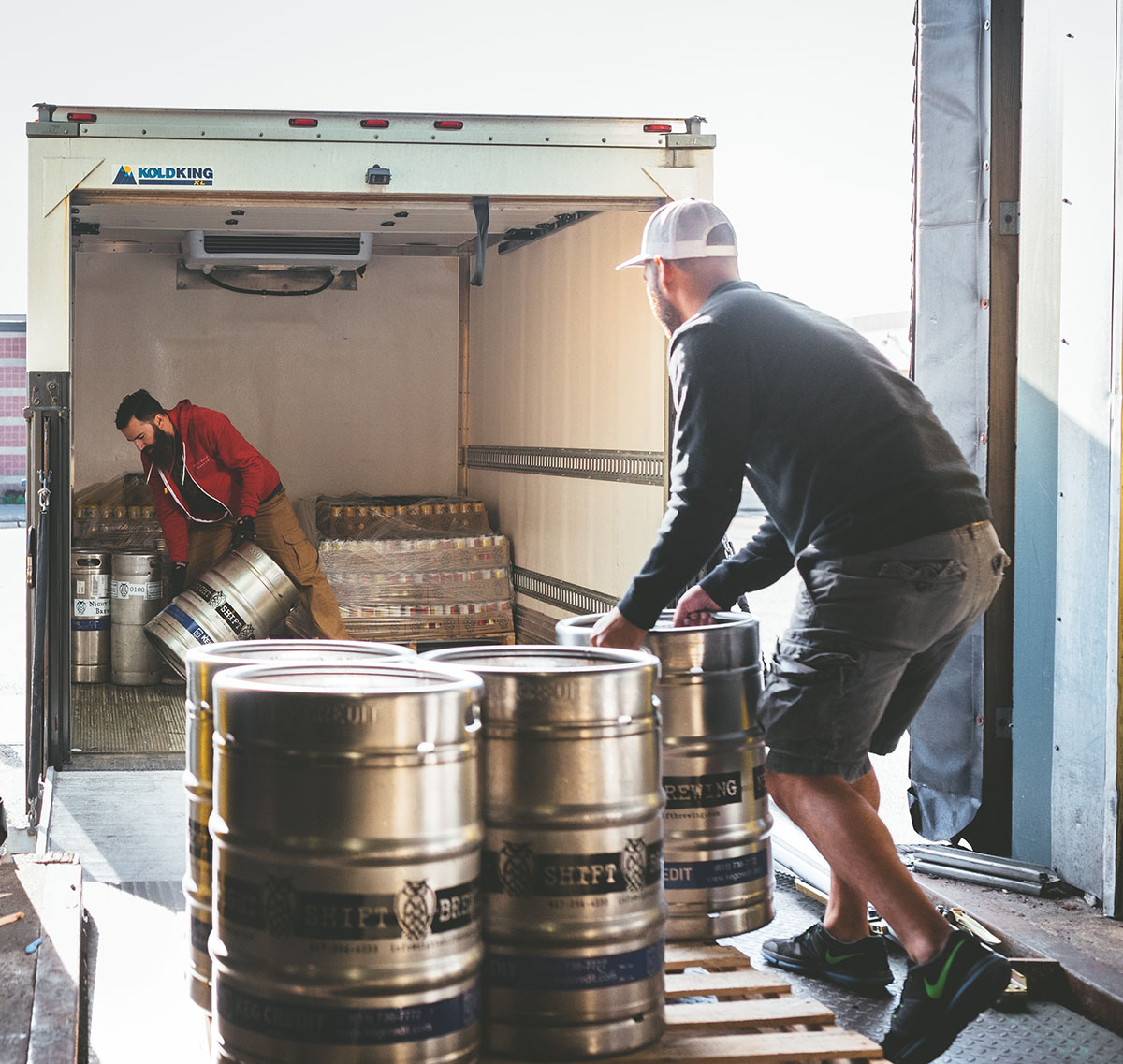 As a vibrant beer industry booms in Massachusetts, an ancient state law is fueling animosity between the people who brew it and the people who sell and deliver it.

That’s because, thanks to the way our “franchise law”—written back when there were only a handful of breweries—works, brewers who spend more than six months working with a distributor are more or less stuck with them for life. The law protects drivers, staffers at warehouses, marketers, and others employed by wholesalers, but it keeps breweries locked into a contract they can’t leave except under extraordinary circumstances (like if they can prove a distributor is openly disparaging their brand), or if they pay “fair market value for the privilege of leaving, which for many brewers would cost millions.

“It’s easier to get out of a bad marriage than a bad wholesaler relationship,” says Sam Adams owner Jim Koch, the country’s biggest brewer still considered craft. He likens the relationship to “slavery.”

Koch and a coalition of Massachusetts brewers descended on the State House Tuesday to advocate for a Rep. Alice Peisch bill that would overhaul the system by granting all but the largest breweries relief from those restrictions. It would make any brewer that accounts for less than 20 percent of a distributor’s product exempt from the law: a benchmark that would include even Koch’s multi-billion dollar Boston Beer Company, which makes Sam Adams, Angry Orchard, Twisted Tea, and other products.

The proposal, according to the Massachusetts Brewers Guild, which represents more than 100 brewers and has been pushing for it, would give the booming local beer industry more leverage to compete for shelf space and bar taps with the likes of Budweiser, Miller, and Coors, at a time when craft brewers are competing for market share, and those Goliaths of beer keep producing mass-produced “craft” options that crowd out real local brews.

Basically, Koch and other beer-makers say, a wholesaler is a lot more likely to take a smaller producer’s needs seriously and promote its beer adequately if it can threaten to take its business elsewhere. “It levels the playing field,” Koch says.

Distributors, naturally, tell a very different story. Advocates for the industry say that changing the law could put their family-run operations out of business. They say they invest time and resources promoting and selling local breweries’ products, and that updating the law would mean open season for bigger distributors to swoop in, scoop up local wholesalers’ clients, and put the state’s 2,000 beer distribution jobs at risk. What’s more, they say doing so might also help give craft brewers more leverage to coerce distributors not to sell rival local craft brands.

So they have another idea. After working to quash the brewer-endorsed bill outright, now say they believe the state’s smallest brewers should get a break from being locked into contracts. In what they’re calling a compromise, a bill they’ve endorsed would exempt from the franchise law brewers that produce fewer than 30,000 barrels of beer (413,000 cases), but still keep about a dozen of state’s biggest craft brewers—think Harpoon, Jack’s Abby, Night Shift, Lord Hobo, Ipswitch, and, yes, Boston Beer—in unbreakable contracts. They call this the “97 percent solution” because 97 percent of Massachusetts craft brewers fall into the less-than-30,000 barrels category. “You’re playing a different game once you get over that,” says William A. Kelley, Jr., president of the Beer Distributors of Massachusetts, adding, “You’re not playing junior varsity any more. You’re playing varsity. You’re in the major leagues.”

But brewers say that’s not good enough. Those bigger craft producers make about 90 percent of all craft beer sold in the state, they say, and many of the best ones will likely cross that 30,000 barrel threshold soon.

“I want to be able to grow,” says Bev Armstrong, whose Brazo Fuerte Artisanal Beer is one of Massachusetts’ newest and smallest breweries, churning out roughly 1,000 barrels a year. “Why should I be forced to make a decision about staying at 29,000 barrels versus growing, but handing over my baby?”

The debate over the franchise law has been long, and it’s only gotten more contentious amid controversy over abuses in the distribution system, including cases of illegal deal-making with bars known as “pay-to-play.” The distribution industry frustrated Night Shift Brewing cofounder Rob Burns so much that, last year, he announced the launch of his own distribution operation.

It’s not clear what comes next, but expect things to stay pretty heated.